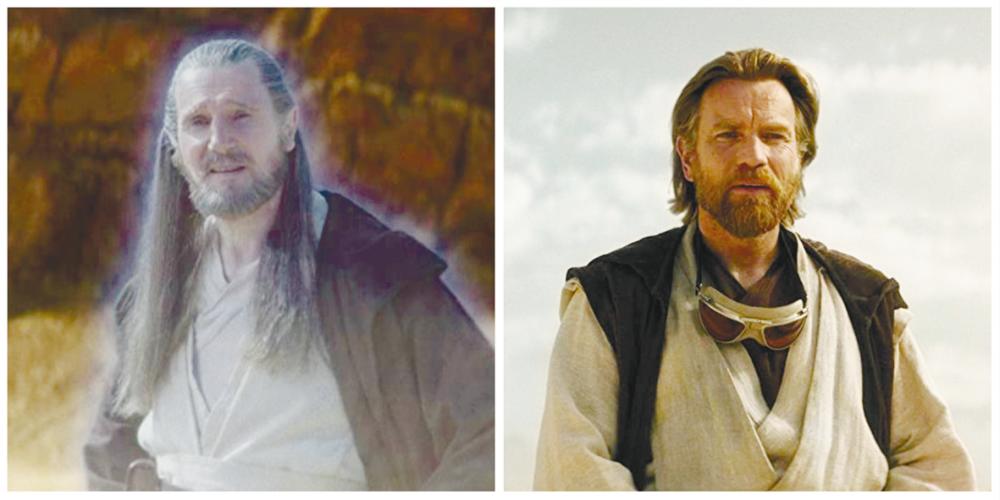 IT was a glorious moment for Star Wars fans when Liam Neeson reprised his role as Qui-Gon Jinn in the recent Obi-Wan Kenobi.

It was a dream come true for many seeing how it has been over two decades since Neeson first stepped in to the role.

Even for the actor himself, it was emotional returning to the beloved franchise. While rehearsing his scene with Ewan McGregor, Neeson could not hold back his tears. “It was Ewan McGregor’s Obi-Wan on a camel, a real camel, and me,” Neeson said at a recent press conference.

“We rehearsed it before we shot it, and we just started crying, and it was lovely. That Star Wars that we did, Phantom Menace, we shot it over 25 years ago. It came out in 1999.”

In the sixth episode in which he appeared, Neeson returns as a Force Ghost who provides guidance to his former padawan, Obi-Wan. McGregor who played Obi-Wan also got sentimental over the reunion.

With Qui-Gon Jinn as a ghost now, fans may get to see more of him in future projects. In fact, a Tales of the Jedi panel has confirmed that Neeson will voice Qui-Gon in a single episode of the anthology series.

Contrary to Obi-Wan Kenobi, Tales of the Jedi will centre around Count Dooku’s journey before turning to the dark side, and Qui-Gon as an apprentice.

Obi-Wan Kenobi is currently streaming on Disney+. Tales of the Jedi will premiere on Oct 26.