Artist Mulaika talks about the past and future 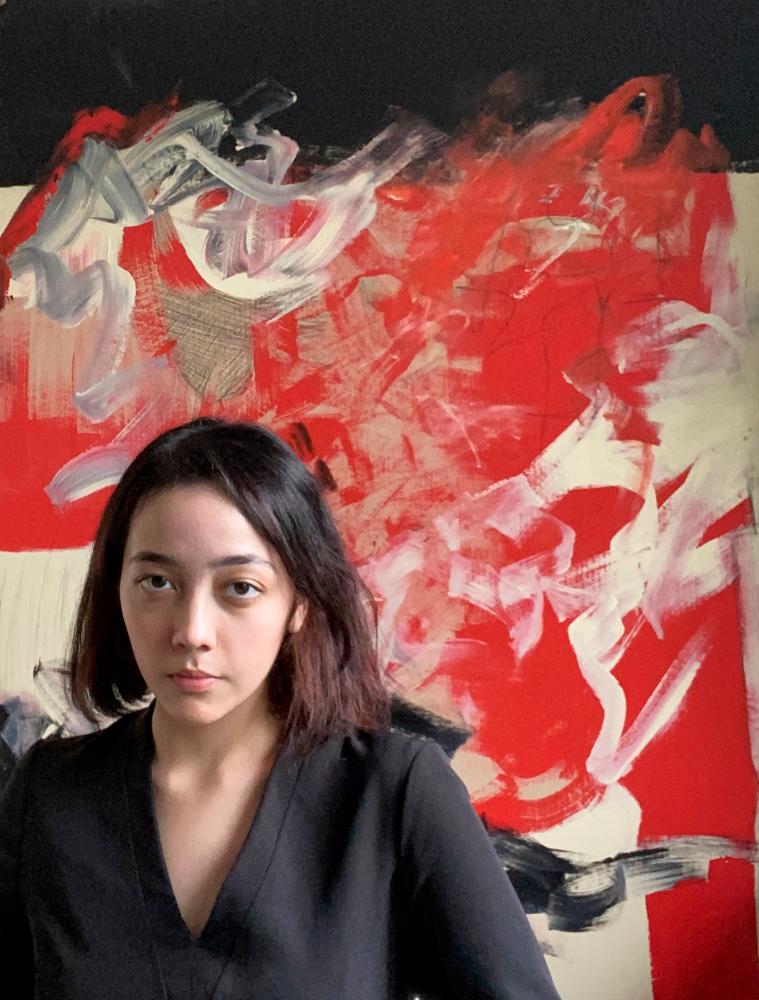 Mulaika is stepping out of conventional art forms to experiment with music, writing and even coming up with a cookbook. – PICTURE COURTESY OF MULAIKA

ALMOST two years ago, Mulaika Nordin became the youngest artist to have her own exhibition at the National Art Gallery. Celebrated for her art that touched on dark topics through abstract expressionism, the artist became a sensation in the media and art circles.

Speaking to theSun, she explained that her exposure to art and how she used art to convey her inner thoughts began at a young age, noting that even in kindergarten, she was very shy to mingle with the other kids, and instead retreated to drawing.

Now at 17, Mulaika is on the cusp of stepping out of the confines of public schooling, and as seen during the interview, she is ready to push the boundaries beyond what she has done in the past.

How did 15-year-old you pull off an exhibition at the National Art Gallery?

I had the exhibition at Creative Space. Basically, Balai Seni (and a few places around Kuala Lumpur) have something called Creative Space dedicated to emerging artists. So, yeah, I just applied for that. I don’t remember mentioning how old I was (laughs).

It was a long process. But in the end, they agreed to host me. I was shocked.

What has changed in the two years since?

I feel like nothing has changed. I’m still making art for the same reason. To me, it’s something I need to do to ... survive, almost, because I don’t have any other way of expressing my emotions.

I can’t just talk to somebody and be okay after that. I need something to create, something to really let go of those emotions. It’s kind of like therapy or a coping mechanism for me.

I don’t like to stay the same. I even branched out from painting. All random things, but still tied to art. But I know that at the end of the day, my heart is the same and I will always go back to painting.

Do you think your age might influence acknowledgement of your talent?

I think that problem exists for artists no matter the age. Yes, art is an amazing thing, but there are going to be people who don’t take art seriously in general and they think it’s just for fun. I think a lot of artists, young and old, struggle because a lot of people don’t understand what art is, so they don’t think it’s valid in a way.

Have you ever had to hold back while painting so that it does not get “too abstract”?

Never. Because when I make art, in a sense, I don’t limit myself. That’s the time I can be honest with myself, and do whatever I want. I don’t think: “Oh, I’m going to make this painting because I want to have an exhibition”.

It happens very naturally, let’s say for a period of three months, and suddenly there is a theme. It forms itself very naturally. I don’t believe in forcing my art to be something it’s not.

On plans to continue studying, would you be taking a break from art to pursue that?

I have thought about it, but I’m not set on it yet. Part of me is saying go to art school, and the other is like very interested in peace and conflict, strategy and war studies.

For me, even when I was studying History in Form 4 and Form 5, I used a lot of that for inspiration for my art. I realised that it gave me a lot of context of the world, which inspired me to talk about what is happening today or what had happened.

It’s not like I’m putting art on hold to do history, they go hand-in-hand for me.

What are your plans other than finishing your SPM?