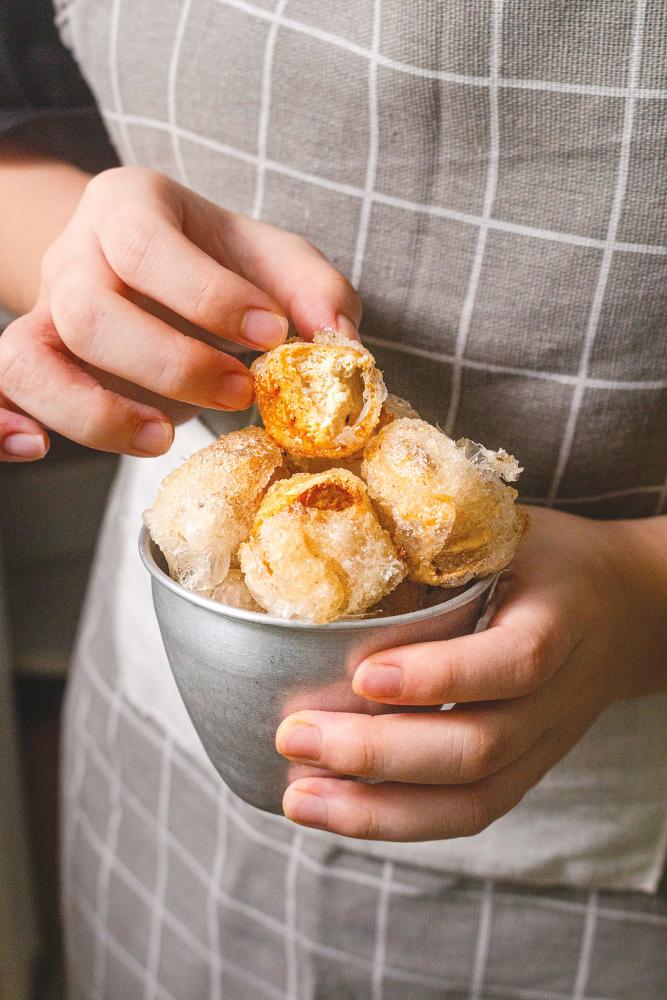 KRISTIN Tan Kai Yen is just 17 years old, and she can cook up a storm! Last year, she took up a pursuit that many other people were doing during the Covid-19 lockdown – cooking.

But she took it a step further.

Kristin did not just learn to cook new dishes. She learned about animal cruelty and the way animals were handled in the farming industry before the meat is processed for consumption.

Shocked by the conditions, Kristin made an important decision that would transform her life.

The teenager became a vegan and began to share her knowledge about veganism and recipes for a plant-based diet with Malaysians, young or old.

What inspired you to cook vegan food?

Even before turning vegan, I had always been afraid of cooking raw meat. However, I think what drives me the most is my curiosity, figuring out whether I can recreate a familiar dish without animal products. I became a vegan in June last year, a few months after starting my Instagram account, eatwkriss.

How and when did you learn to cook?

My first experiences with cooking were in high school. I would prepare my own lunch but my cooking was pretty bad back then. During the pandemic last year, I spent most of my time playing around in the kitchen. There are so many resources online via YouTube, social media and blog posts and that’s how I learned to cook. Over the years, my mum and grandma also shared with me many tips and tricks, the kind that one probably wouldn’t be able to learn elsewhere.

What motivated you to veganise your food?

Mostly, it stems from my own cravings. I missed eating dishes like curry mee and roti canai, so I decided to make them myself. I also wanted to share my culture and Malaysia’s mouth-watering food with other people.

What are the challenges in veganising Malaysian dishes?

Veganism isn’t very mainstream in Malaysia yet, so I only know a handful of local vegan food bloggers in comparison to the huge Western vegan community.

Veganising a dish that no one has ever veganised before can be a bit difficult because I am starting from square one.

It takes a lot of trial and error, but the end result is really satisfying.

What is a staple ingredient for your vegan dishes?

I can’t live without tofu, I think it’s the most amazing ingredient ever. You can marinate it, then deep-fry or pan-fry it. I also add soft tofu to smoothies and make vegan kaya. It’s always delicious! I love tofu.

How do you balance cooking and studying?

Actually, I am in a gap year so I am not studying at the moment. Managing cooking and studying at the same time is something I will have to figure out once I start college.

Which young vegan chef inspires you?

Do you feel the younger generation should switch to plant-based food?

I don’t think it’s just the younger generation who should eat more plant-based ... everyone should.

I would like to emphasise that it doesn’t have to be 100% plant-based because being able to choose what to eat and what not to eat is a privilege in itself. There is also a difference between a vegan diet and a plant-based diet.

In general, choosing the plant-based option is better for the planet, the environment and your health.

What is your advice for aspiring vegan chefs?

Observe how your parents cook, ask questions and watch cooking videos online. The same cooking methods usually apply to vegan ingredients. However, you still need to get into the kitchen and do things with your own hands.

For now, my goal is really just to share Malaysian culture and veganism through my recipes, while having fun. I also want to pursue Food Science and Biotechnology in college, which I believe will help me grow in my understanding of food and cooking.