More than meets the eye

Sports presenter Adam Carruthers peels back the layers of his life 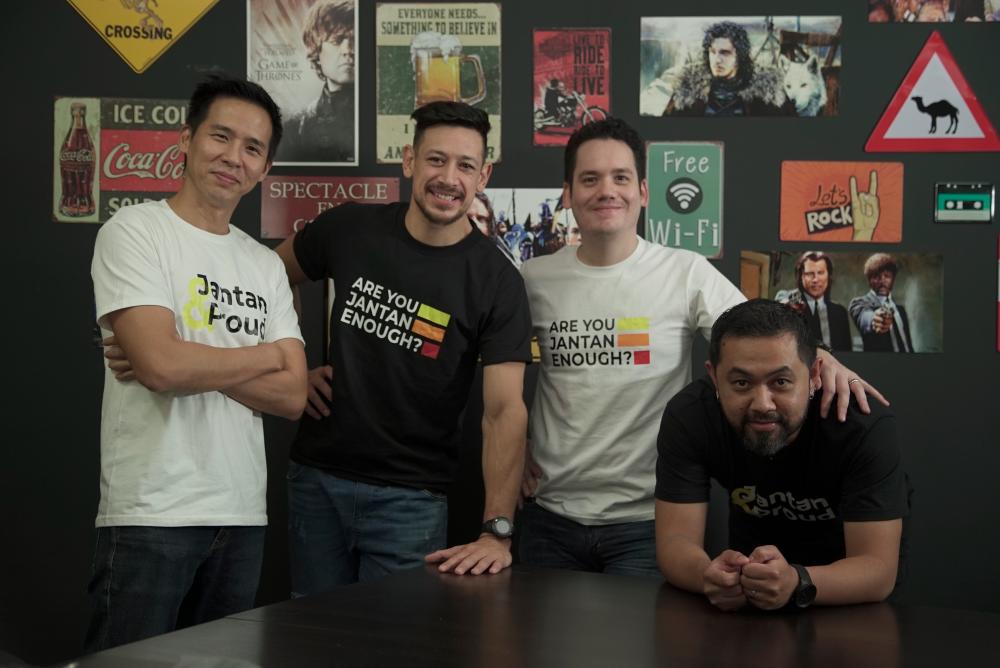 From left: Khoo, Davis, Carruthers and Desmond form the core of The Jantan Collective. – PICTURE COURTESY OF ADAM CARRUTHERS

WITH a constant presence on radio and television for well over a decade, Astro Supersport host Adam Carruthers is easily recognisable. Yet despite his public persona, whether it was at the start of his career on 8TV or his running commentary on football, Carruthers has largely kept his personal background private.

Last year, Carruthers saw himself being a part of the formation of The Jantan Collective, a group endeavour to form a platform for men to learn about themselves and others, and to possibly better themselves. The others in the group are founder Khoo Teng Leang, radio host Jason Desmond, and mixed martial artiste Peter Davis.

Although it was officially formed during the first movement control order, seeds for The Jantan Collective began a decade and a half ago, when Carruthers and Khoo were housemates.

They were very young when the idea was conceived. Carruthers said as their world views developed, they decided there was something extra they could do in terms of creating a space for guys to chat about whatever they want.

However, he stressed that content produced by members of The Jantan Collective is not just for guys.

“It’s not some sort of macho club. We want to be open to ideas and opinions, and discuss things guys might not be aware of, or ask questions they might be afraid to ask (elsewhere).

“If you look at all the men’s magazines and sites, they are very stereotype-driven. Why is it that guys find it difficult to talk about personal issues? Personally, I think that is a stereotype driven by when guys are younger. You know, keep a stiff upper lip and try to solve it yourself. It can be very detrimental,” Carruthers said, explaining that the Collective seeks to dismantle stereotypes and misconceptions on masculinity.

“If I look at my own background, I can see where issues stem from. My late father was born in the 1930s. He was very old when I was born. He was English and my mum is Malaysian. She is very outspoken and will tell you how she feels. I took after my father, he tended to keep things to himself. My mother constantly tells me that we keep things very contained”.

These are the types of conversations The Jantan Collective seeks to have and address, although Carruthers admits that they are not the solution, as the group is just trying to show that it is okay to talk about issues.

Going further back into his life, Carruthers told theSun about his passion for animal welfare.

“I have a lot of love for animals. I always have a bag of either dog or cat food in my car. There is a whole (clowder) of cats that come outside my house every single day,” he said with an exasperated laugh.

“I’ve adopted several into my home. The ones that needed medical attention, I get them treated for whatever issues they had and most of the time, I end up taking them in. I would say that is my passion, first and foremost.”

He is also a member of an animal welfare group on Facebook, where he anonymously donates should dire needs arise.

When asked why he does it anonymously, Carruthers said: “I don’t want to toot my own horn. I guess it is the British part of me, taking after my father. I have always kept things close to my chest. I feel that if I say something, it could help more, but I don’t want people to think I’m virtue signalling or anything”.

The English-accented Astro Supersports host went on to talk about two other things he feels strongly about, and hopes to get more involved with.

“One is Alzheimer’s disease research, which was what my father suffered from in the final few years of his life. It is also a personal issue I feel strongly about because of genetics. If you see a loved one like a father or friend going through that, you don’t want anybody else to go through it.”

The other involves cerebral palsy, which he remembers vividly from his childhood.

“I grew up with my grandparents before I went to boarding school. My grandfather was in the army, and we were sent to Sibu in Sarawak. I spent a few years there. My grandmother would get a truck or any other transport vehicle to bring kids suffering from cerebral palsy to the home we were living in,” he said.

“She would bring them in so that they could have space to play. There were a lot of toys and there was a sandpit. That’s something I have carried since I was four years old, a memory that I have. I remember how much it meant to the kids, to be able to have fun and not be treated any differently.”

Although he is not sure of what he can do here with regard to these causes, Carruthers welcomes anyone who needs his help in any way.