Johnson Wong is the mastermind behind contemporary Malaysian restaurant, Gen 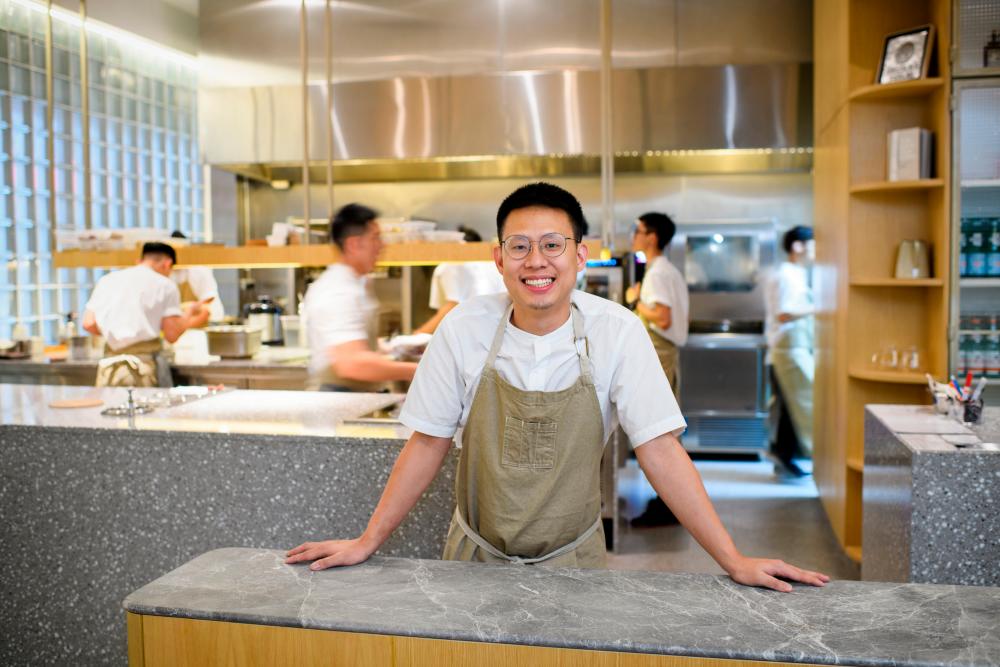 Wong smiling for a picture in front of his kitchen. – PHOTO COURTESY OF JORDAN LYE PHOTOGRAPHY

FOR several years, Johnson Wong worked in some of the best-acclaimed kitchens around the globe. Upon his graduation from Le Cordon Bleu Sydney, Wong launched his career as a professional chef through working in various notable restaurants internationally.

From preparing sophisticated meals in France to serving mouth-watering dishes to customers in China, many of Wong’s restaurants received the hallmark of culinary excellence. In fact, many of them were featured and considered on a list of best restaurants by notable references like Michelin Guide and The World’s 50 Best Restaurants.

Despite the impressive recognition for his international achievements, Wong always knew his passion lay in local Malaysian cuisine.

“I am in awe of the idea of keeping true to our roots as a Malaysian. In fact, it brings me great joy to be able to discover our local produce and flavours” said the Penang chef.

Soon after his stint as executive chef at Macalister Mansion, Wong decided to take on a new venture. His love for Malaysian cuisine led him to open his own restaurant, Gen, in Penang. “Establishing Gen has been a personal favourite highlight of mine. To be able to launch the concept in my very own restaurant is great.”

At its core, Gen pays homage to local Malaysian cuisine and ingredients. Its tasting menu mainly revolves around Wong’s interpretation of Malaysian ingredients and flavours. Since its opening in 2018, the restaurant has gone on to become a popular destination among local and international foodies.

As a matter of fact, Gen was recently featured on William Reed’s Asia’s Extended 51-100 Best Restaurant list. In spite of the grand accomplishment, Wong remains humble and focused on his journey.

“We are honoured and overwhelmed with the news. Being recognised for our work brings a continued passion to the team. However, it will not bend the rules in our pursuit.”

Wong’s sentiment definitely rings true in these times of difficulty, with the existence of Covid-19. At a time when even prominent food franchises are struggling, the effects of the pandemic have exacted a huge toll on smaller food enterprises like Gen.

“The pandemic has heavily impacted us. The suspension of business operations across the country resulted in a total loss of income for us during the period.”

However, Wong remains hopeful in his pursuit of bringing Gen to greater heights despite the current circumstances.

Together with his team, Wong has been hard at work serving customers. The team has been religiously promoting and serving its latest dishes from its brand-new menu. This sense of camaraderie is the secret behind Gen’s success.

As Wong puts it: “People don’t conceptualise our cuisine to be special on their own, it is the team or the people behind who curate the ideas that make our cuisine special.”

Therefore, Wong emphasises this sense of teamwork when managing the team in the kitchen.

Although many of them come from various culinary backgrounds, the team is a close-knit family which shares the same objective. And that is to continue bringing joy to customers.

On his aspirations for the future, he shares his goal to further develop his skills as a professional chef.

“I aim to further refine and develop our cuisine. Also, I hope to continue looking for a permanent home for Gen. I believe with patience and passion, we will get there.”