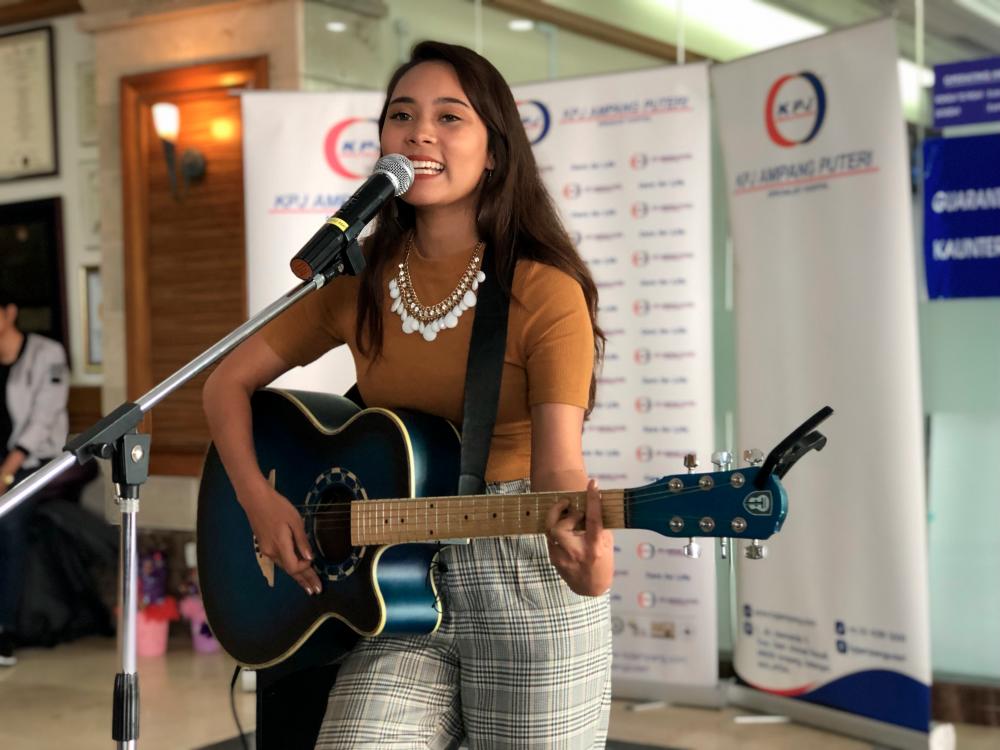 Eleena scored a contract with Mixology Music after winning a singing competition in early 2014. - Picture courtesy of VOXSCAPEMY

GROWING up in a household of musicians, the art of playing music comes as second nature to Eleena Harris. By the time she turned 14, she had already taught herself to play the piano and compose her own music.

“It was just something natural to do. And I think it is because of my mother’s side of the family, who is very music orientated. Whenever we have gatherings, we would always end up singing and playing the guitar. I guess it is clear to say that it is in our genes!” said the newlywed songstress.

This gift for music motivated her to participate in various school performances and local competitions. One of which was HELP University’s Finding Amazing Talents, where she won first place with her original song Terlalu Rindu, which she sang in English.

“I won a contract with Mixology Music, which released my debut album. That was how my career started in the music industry.” Aside from her music, Eleena has also been keeping herself busy with her new online food business, Terlalu Sedap.

How was Terlalu Rindu produced?

It was a very long but worthwhile process. The first step was translating its lyrics to Malay. That was done by Al-Abbas and Muariffah and then producer DJ Fuzz. He added a little spice that made it the song it is today. After the song was released, I was surprised by the feedback. It was overwhelming for me dealing with the sudden attention. Some hated the song but ended up singing it because it was catchy.

How would you describe your songwriting process?

I prefer to start with the melody. Humming and strumming the guitar randomly until I get some nice melodies. Then I will record it on my phone. Once I have the melody, I will think of a flexible storyline or mood for the song.

Sometimes, it starts as a sad song but ends up as a cheeky one. I have also written songs based on movies I have seen and current situations in my life. That makes the songwriting process a little easier.

What was your favourite reaction to your music?

I honestly did not expect my music to go public, especially on radio. It was a blessing to see people enjoying my music. But there are still a lot more to achieve, many more artistes to collaborate with. It would be amazing if I could release more English songs.

How has married life been for you?

Great! I had been dating my husband since I started in the industry. But I never told anyone except my friends. He is my backbone and my true supporter. We help each other achieve our goals. We are so used to doing things together. Only now, we live under the same roof and I have to cook for him.

Any new music in the works?

I just bought a new mic and I am in the midst of setting up my own home studio. You guys can expect more covers and surely more original songs. Stay tuned.

What are your plans for the future?

For now, I am focused on expanding my online business, Terlalu Sedap, online and physically. I started it last year and we are already seeing many regular customers this year. I also have a new project, Online Menu, that was created to help SME companies. It is a system to reduce paper and also a way to prevent the spread of Covid-19. As for my music, I am working to grow my music on YouTube and plan to collaborate with local and international artistes.

5.Cops to take action against driver for obstructing ambulance on NSE