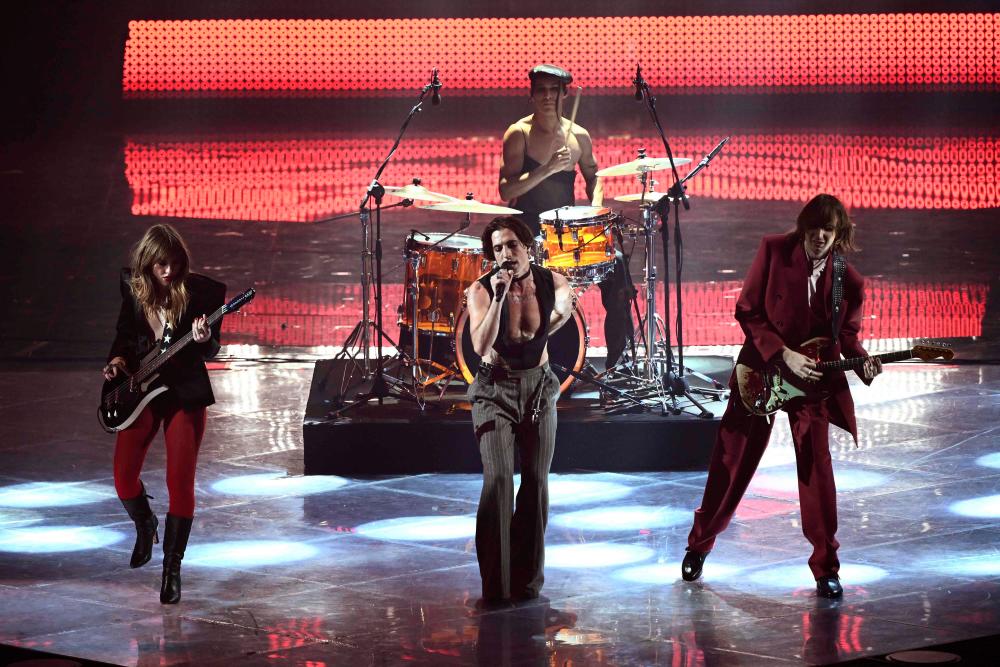 SINCE pulling off a surprise win at last year’s Eurovision Grand Final, Italian rock band Maneskin has gone from strength to strength.

The group, composed of Damiano David, bassist Victoria De Angelis, guitarist Thomas Raggi, and drummer Ethan Torchio, have had a whirlwind year since taking home the Eurovision trophy last May.

At the 2022 Eurovision Grand Final on Saturday which took place in Turin, Italy, Maneskin delivered a sizzling performance of their latest track Supermodel, before eventually passing on their crown to this year’s winners, Ukraine.

The group also revealed that they are set to feature on the soundtrack of Baz Luhrman’s highly-anticipated Elvis biopic, which features Austin Butler as mercurial rock icon Elvis Presley.

Frontman David told the Eurovision audience the glam rockers had collaborated with Luhrmann on the track If I Can Dream. “We felt a huge connection and we decided to jump on it,” David said of working with Luhrmann. “We’re really proud of what we did, we can’t wait to see it.”

The song is a cover of a track originally released by Presley in 1968.

Luhrmann is known for infusing period films with modern songs, from a cover of Nirvana’s Smells Like Teen Spirit in the turn of the century-set Moulin Rouge to The Cardigans’ Lovefool in his adaptation of Romeo + Juliet.

The director also happens to hail from Australia, where Eurovision is such a big deal that in 2015 the country was permitted to take part in the contest, and has been sending participants there ever since.

Elvis is set to have its world premiere at Cannes later this week.