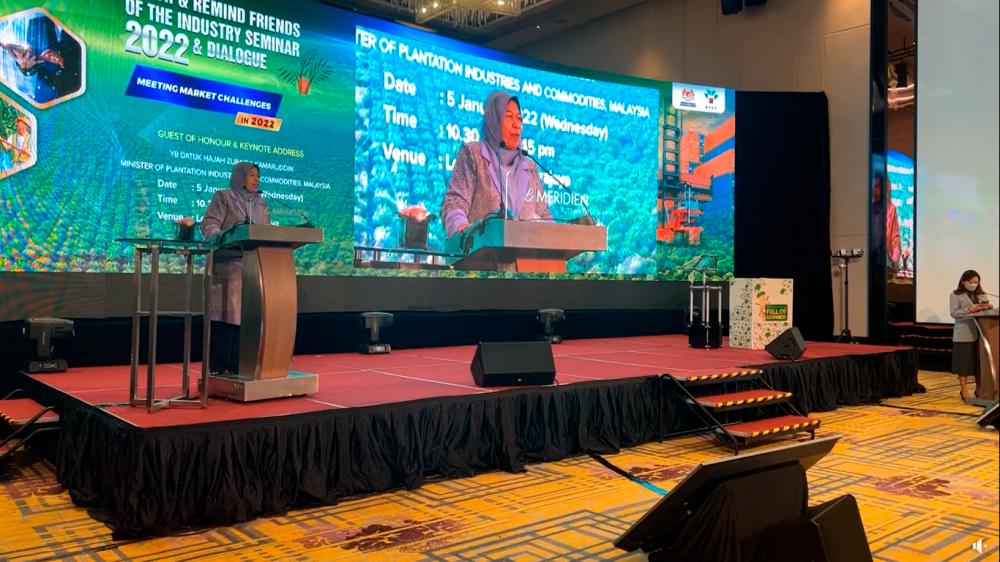 A screenshot of the now-viral speech.

NETIZENS were stunned by a viral video clip of a speech in which Plantation Industries and Commodities Minister Zuraida Kamaruddin claimed that orang utans “would kill people first”.

The minister appeared to make this erroneous claim as part of a strategy to fight fire with fire, in order to combat increasing criticism against the local palm oil industry.

In a speech that took place on Jan 5, Zuraida mentioned that while she was on her umrah pilgrimage, the minister found out that Arab schools still have books that are casting a negative light on palm oil, because “kita bunuh orang utan (we kill the orang utan)”.

The minister was probably referring to claims by both international and local wildlife conservation organisations that palm oil plantations are exacerbating deforestation and destroying the habitats of already endangered species, including orang utans.

The speech then immediately drives off a cliff, as Zuraida then claims that in Malaysia, if a human was to see an orang utan, the normally docile animal would kill the human first. She further went on to claim that the Wildlife and National Parks Department (Perhilitan) has procedures to remove orang utans, instead of killing them.

No one is sure where the minister learned this, but it could very well be from one of those Planet of the Apes movies that she mistook as a documentary.

Netizens immediately began to point out the flaws in her claims. Besides the obvious one about orang utan behaviour, others pointed out that as orang utans are found in Borneo, they come under the purvey of the Sabah Wildlife Department and the Sarawak Forestry Corporation, not Perhilitan.

Other netizens joked about the fact that her speech also mentioned lions, a species that is only native to sub-Saharan Africa and India, not Malaysia.

You can watch the speech here: