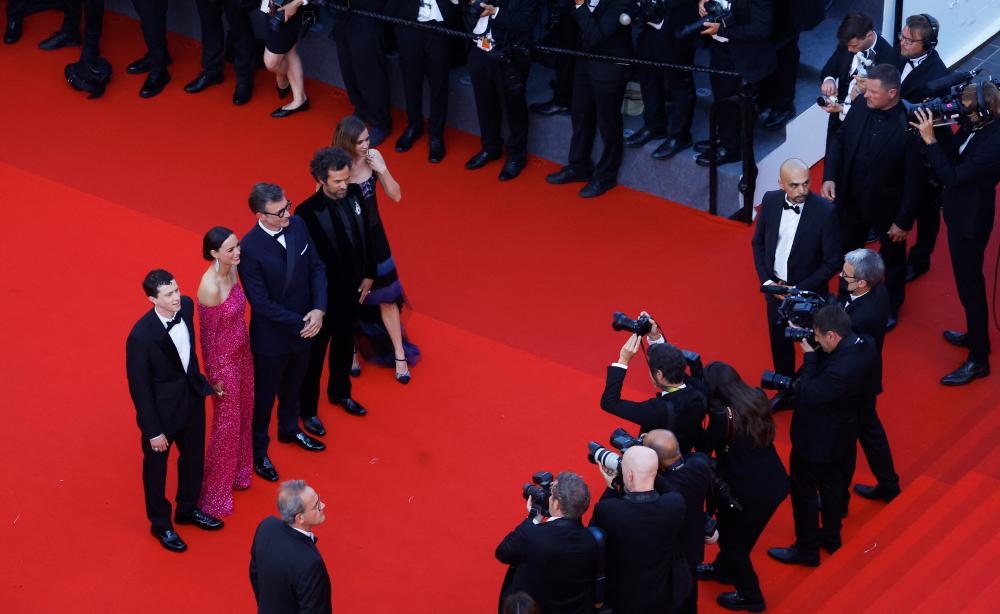 TUESDAY afternoon marked the return of the Cannes Film Festival as men in tuxedos and women in ball gowns marched past bikini-clad locals on a blazing hot beach day in the South of France.

Despite Covid-19 cases slowly lurking upward in regions all over the world, the 75th edition of the most prestigious gathering of cinephiles brought Hollywood back to the French Riviera.

The movie is a remake of the 2017 Japanese cult favourite, One Cut of the Dead, which unspools as a low-budget zombie film initially and later pulls back to explore the lives of the director, crew members and actors behind that zombie feature to reveal the behind-the-scenes farce.

“I am prepared to accept that some people may boo during the first 20 minutes, then the audience [will] change their feeling about what they saw,” says Hazanavicius.

Getting booed at Cannes has almost become a right of passage for many of the best filmmakers, and even films that have won Cannes’ prestigious Palme d’Or are not immune to audience jeers (like The Tree of Life and Wild at Heart).

Ukrainian President Volodymyr Zelenskyy also appeared via video as a potent reminder of the war in his country. “We will win in this war,” he added. “Glory to Ukraine.”

The patrons on the red carpet and in the humid theatre were nearly mask-free, as if Covid-19 was a distant memory. To make matters worse, the water pressure inside the bathrooms was so low that patrons couldn’t even wash their hands properly before the ceremony began.

Festival officials note that the laissez-faire approach to safety precautions reflects the cases in France, which are declining. However, a many attendees were based in cities where Covid cases are surging.

Cannes handed out its honorary Palme d’Or to Forest Whitaker, who was celebrated with a tribute during the opening ceremony.

This year’s Official Selection spans a range of films, including highly anticipated titles such as Top Gun: Maverick and Armageddon Time.