After the launch of her single, Circles, Dani Komari looks forward to performing her music and leaving covers behind 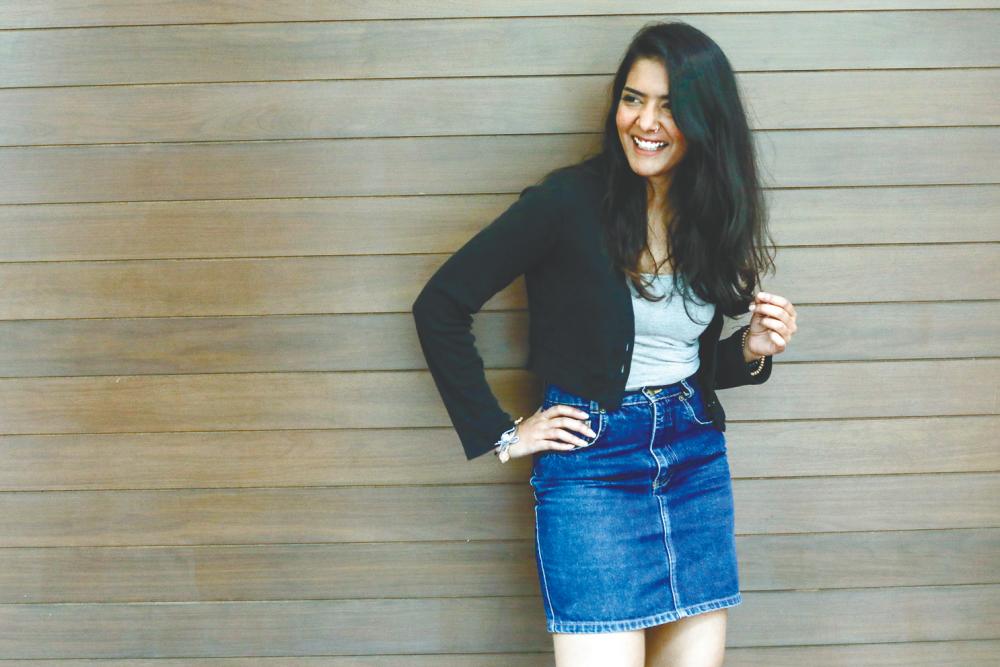 Dani Komari won the title of Hitz.fm’s Homegrown Artist of the Month in December. – Sunpix by Hafiz Sohaimi

AT the end of last year, Dani Komari released her first single, a soulful, jazzy and bluesy piece called Circles that was inspired by her newly found independence. The song earned her the title of Hitz.fm’s Homegrown Artist of the Month in December.

Now at 29, the songstress looks forward to spreading her wings further with her songs, fueled by her passion for music.

By day she teaches refugee kids at MSO Learning Centre, and by night she does rehearsals and live shows.

What is music to you?

“Music is like an escape from reality. It’s like being awake while still dreaming. Whenever I listen to music or sing, I feel transported to a safer place where music becomes colour. I see a picture being constructed piece by piece in my head.

“It’s like being in a trance, but that’s also when you know you have completely let yourself become one with [the] art. Music can do that to me, and now that I have felt what it can do for me, it’s like breathing, it becomes a necessity, it becomes a way of life for me. So, I equate music as sustenance to my life.”

How do you listen to music?

“When I wake up, I start my day with a hope for a manageable day, and then just before I hit the shower, I turn on Spotify on my phone, and leave it on loud. I just moved into a new place about nine months ago, and I am slowly, but surely, filling up space as I progress with my career, so I don’t have a source other than my phone and Spotify at the moment to listen to music.

“However, because I commute to work via public transport, I can still stay in touch with the latest top tunes in the charts thanks to radio stations! Thank goodness for them still being around.”

What is currently on your playlist?

“A bunch of random flavours, because I like my music colourful! But currently, I’m mostly listening to a lot from Jordan Rakei, Hiatus Kaiyote, Pink Floyd, and Anderson Paak, to name a few.”

How has your journey in the music industry been over the past few years? What have you learned? Has anything changed?

“It has been a climb. From doing solo acoustic shows to performing with a band of seven incredible musicians, it’s been a massive climb with visible growth. I’ve learned to be patient and to trust the process.

“Music has become my full-time partner, and there are days when it does feel like a job, but it isn’t necessarily a bad thing, everybody involved wants to eat too, just like I do.

“There is never a time when I’m not grateful, though. Today I don’t have to do covers all the time. I can sing my originals and people are starting to enjoy those more.”

What is excellent and lacking in the Malaysian music industry?

“I wish there were more avenues and emphasis out there to support the local English indie music scene. It’s good to know that there are now organisations such as Cendana that have been set up to assist musicians with various activities including workshops, funding and touring. I wish there were more radio and television stations out there that will support the local English music scene such as Hitz Met 10, TRAXXfm, BFM, and so on. This will give us the platform for our music to be heard.”

What are your thoughts on busking?

“My personal opinion on busking is that it’s a fantastic platform to start. If you can sing and perform in front of a bunch of strangers who would probably not care to take a second look at you, you’d know your skin is growing thicker, and you do need a thick skin to be in the entertainment industry.

“However, you also gain the most amazing confidence and trust in your own ability when people do pay attention and tip you, and after that, ask you more questions about you and your music. Those moments change a musician for the better. For now, I still busk occasionally at Publika to work on my guitar playing and not so much my singing, because when I do live shows with the band, I’m always singing only.”