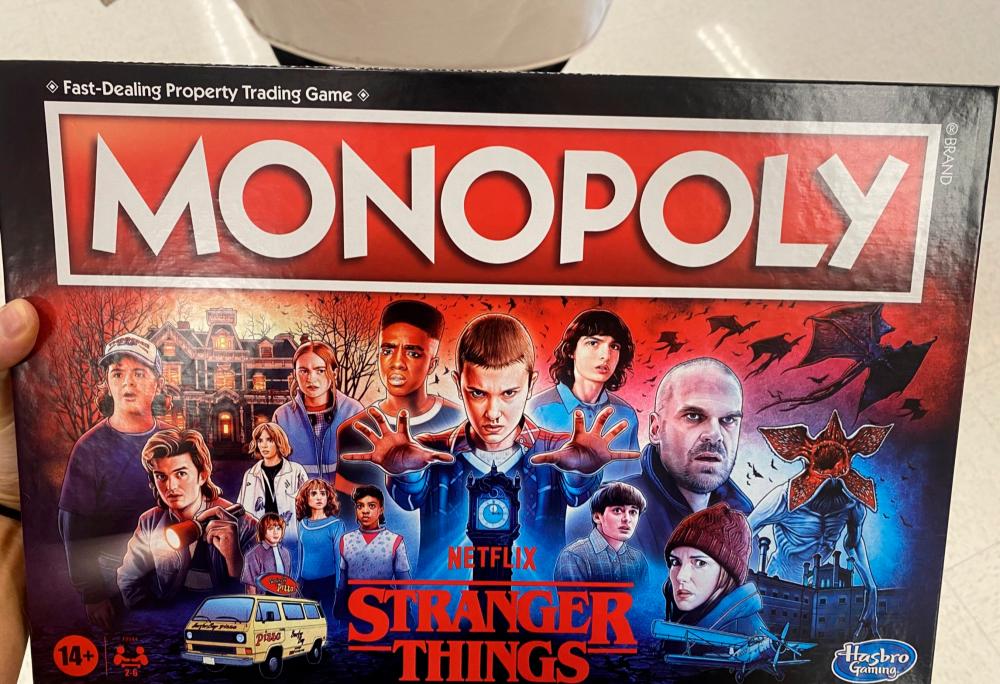 Fans who have bought the ‘Stranger Things’ game have been sharing images of the cards with some spoilers for the upcoming season. – Twitter

SINCE last month, there have been leaked images of official Monopoly board game cards containing spoilers of the long-awaited Netflix’s upcoming Stranger Things 4 circulating on Twitter.

According to The Hollywood Reporter, Matt and Ross Duffer, the creators of the show, had “a total meltdown” once they found out that the secrets they’ve worked so hard to keep were circling on social media.

Sources said that the brothers were not consulted about the game beforehand.

“Lessons have been learned and, I expect, there will be more cohesion going into season five,” the source noted.

A Reddit thread dedicated to the leak claimed that the game was bought at “a nationally recognised retailer and purchased fair and square by a consumer. Nobody stole it; nobody leaked a sample.”

One source close to the streaming service blames the series’ overwhelming success for the incident. Given that Stranger Things is one of Netflix’s major franchises, it’s harder to keep a centralised control over the distribution of every piece of merchandise connected to the new season.

Netflix recently announced that Stranger Things’ fifth season will be its last, but the Duffer brothers have strongly hinted at a sequel or spinoff series beyond the show’s current story and cast.

Season Four will be about the aftermath of the Battle of Starcourt, which brought terror and destruction to Hawkins. As the teenagers struggles with the aftermath, they find themselves separated for the first time as they weave through the complexities of high school along with new and horrifying supernatural threats that, if solved, might finally put an end to the horrors of the Upside Down.

The new season will be split into two parts. Volume 1 will debut May 27 and Volume 2 will debut July 1.