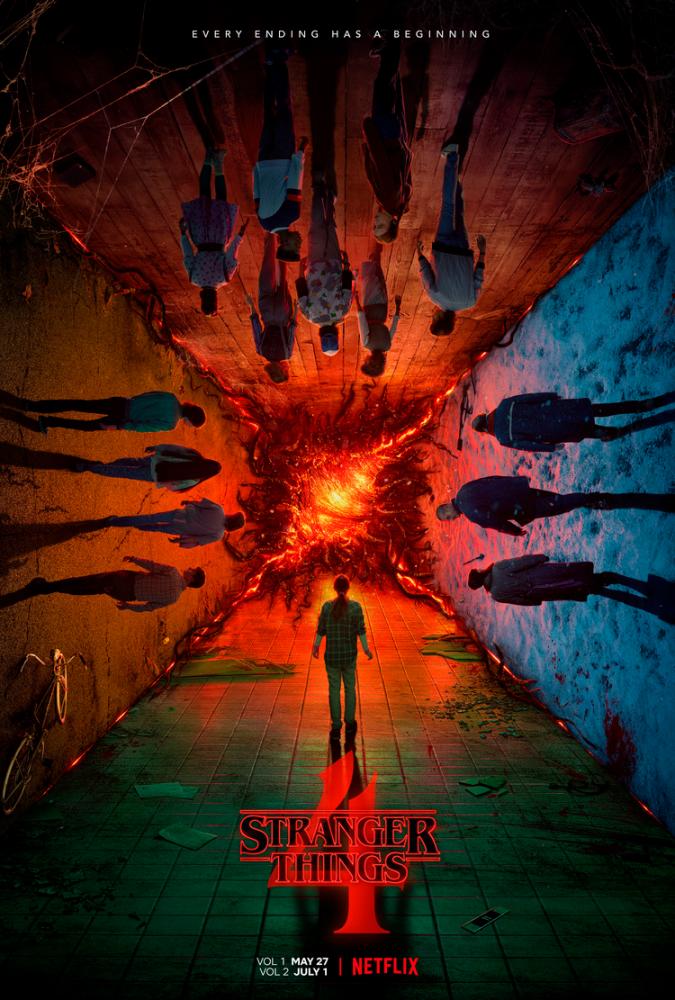 Volume I of ‘Stranger Things 4’ arrives on May 27. – NETFLIX

THE new season of Stranger Things premieres on Netflix this Friday, and following strong praise from those who have already watched the premiere, fan anticipation has reached peak level.

The fourth season will be split into two volumes, with Vol 1 premiering on May 27 with seven episodes. Vol 2 consists of two episodes, and will premiere on July 1. The upcoming season is the longest in terms of both runtime and episode count, and will include two feature film-length episodes.

Netflix has opted to deliver one more tease ahead of the start of the new season by releasing the first eight minutes of the season premiere on its YouTube channel.

The opening scene takes place in 1979, four years before the first season, and shows Dr. Martin Brenner (Matthew Modine), the doctor who was one of the key villains in that first season. The first scene takes place in Hawkins National Laboratories and has Brenner dealing with another of the facility's children, Ten, who has exceptional talents similar to Eleven (Millie Bobby Brown).

During the experiment, the facility is placed on high alert, and they begin hearing pleas for help before the door to the room is blasted off, knocking Brenner unconscious. When he awakens, he discovers that everyone else in the building has been murdered, most likely by Eleven, which is where the opening ends.

The rest of Season 4 reportedly takes place six months after the events of Season 3. The Byers and Eleven have migrated to California, and the majority of the party is well into their first year of high school, shortly before spring break. Although our heroes have been dispersed to the winds, if the Season 4 trailer is any indicator, they will not be apart for long, as a new menace joins the fight for Hawkins.

In addition, Stranger Things has already been renewed for a fifth – and final – season. 3.Hearing on Rosmah’s application to challenge appointment of Sri Ram on July 6