Capturing the fluidity of life 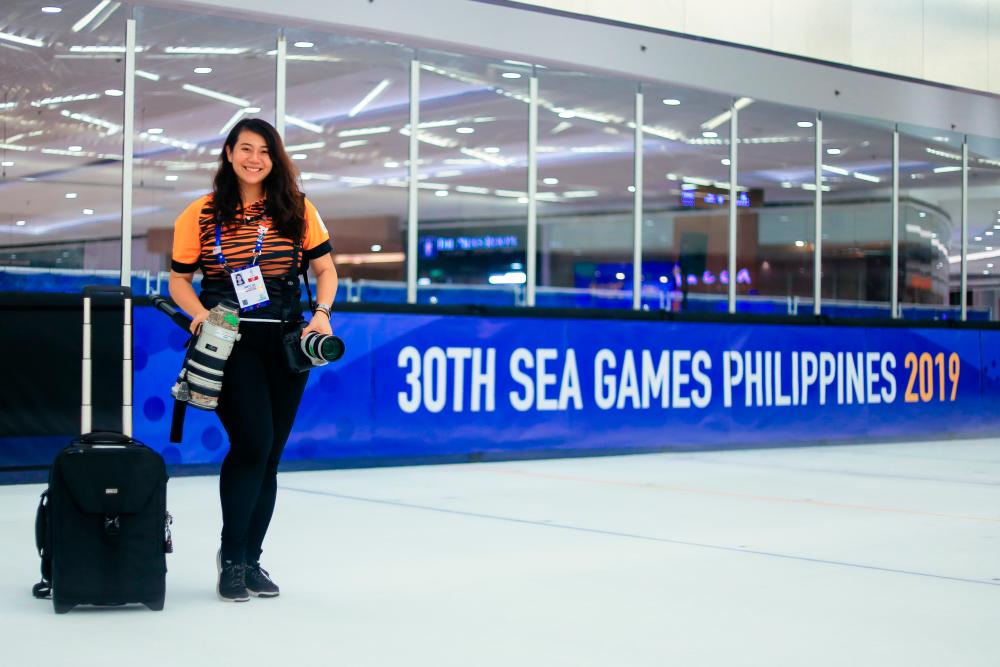 AFTER a stint in figure skating, Annice Teo Ann Lyn left the world of the rink behind to academically pursue architecture, before eventually settling into the visual world as a professional photographer.

“Figure skating has a shelf life, which is quite sad. It is not an economical sport either. Long story short, I retired competitively when I was in my first year of architecture. My dad sat me down and said I either had to pursue one or the other,” said Annice in an interview with theSun.

“Plus I was still at a ‘mediocre’ level and not fully developed to an international level. And I was already 18 years old, which is self-explanatory. My knees were even dislocated at some point and were pretty weak.”

Despite not being able to fulfil her figure skating dreams, Annice would go on to join the 2018 Winter Olympics in Pyeongchang, South Korea, all while being the first female photographer based in Malaysia to be accredited for covering the event.

Most recently, towards the back end of June, Annice went on to win the Arts and Culture category in the Women of the Future Awards Southeast Asia for her work in visual arts and photography.

How did you go from studying architecture and figure skating to photography?

“In terms of how I got into photography, it was because I always had a passion for art since I was young. I liked painting, sketching and anything that is in the form of art.

“I love everything artsy and making things pretty. Photography only came during my architecture years.

“At the same time, growing up, I was raised by parents who are heavily involved in charity; my father founded Rumah Charis. My mum would always have me making fliers.

“I started to take it more seriously when one of my friends passed away. She was a photographer as well, and she was in the UK when it happened. At that time, she was the only female photographer I knew back then, and I considered her to be very good.

“It was around that time when I was in university, when I realised I had to take it seriously because someone so talented was taken away. I was still alive and had to do it, that kind of thing.”

You were quite active during the initial MCO. What led you – in a way – to risk your health to document what was going on?

“Last year I was nominated for one of the Women of the Future awards. That’s where I got to know Heidy Quah, who was also a recipient. During the MCO, I always came across her posts. At the same time, I was being offered a few jobs to cover Covid-19, but I was turning them down because I was staying with senior citizens and minors.

“But after doing all the research and taking necessary precautions, I realised it was important to highlight what Heidy does as well. Because the Women of the Future network further encourages us to work together.

“I realised at the time that if my photos could help her garner more support and even sponsorships for the common good, I should get involved.”

Do you think having that initiative and drive is an important trait for younger, budding photographers?

Congratulations on being named a Woman of the Future at the Women of the Future Awards Southeast Asia back in June. What was your reaction to the win, and do you feel the ‘pressure’ in paving the way forward for other women?

“My family and Heidy were all screaming when the win was announced over livestream, but I just sat there. In my mind, I was already thinking about how I was going to use this win for a positive cause. I also received a message from a girl in Johor, someone I don’t know, saying that the win means a lot for women photographers. I also felt that God was speaking to me through her.”

What is the purpose of the group Women Photographers Malaysia that you co-founded?

“We wanted to provide a safe haven for female photographers. Networking is one thing, but overall, it is more like a supporting collective or platform. We also leverage on social media platforms like Instagram, which suits image posting, and Facebook, where we have a group that requires prior approval to join.

“That is just for female photographers, or individuals that identify as female, but we also need to make sure if other members are okay with that. In that group, whatever is said there, stays there. Resources and advice is shared. The group is largely a support group.”

Atalanta hold Inter to give title hopefuls a boost

Millions hunker down as storm hits eastern US

4.Atalanta hold Inter to give title hopefuls a boost

5.Millions hunker down as storm hits eastern US