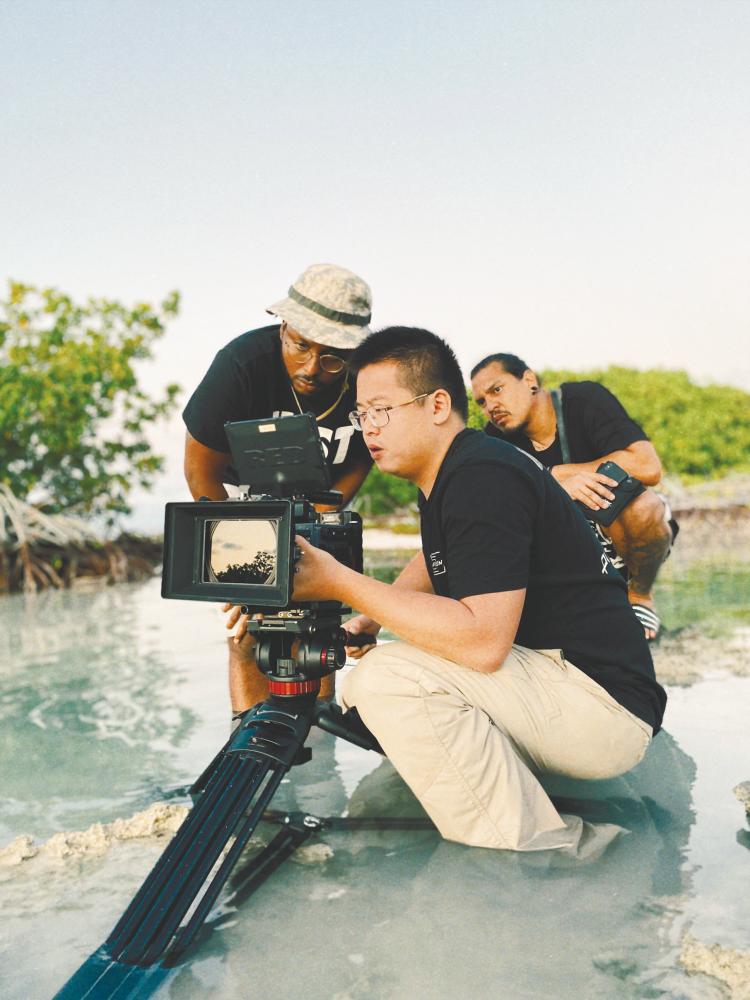 Ong says he enjoys working with a story and bringing his perspective as an outsider to the project. – Picture by Mario Gonsalves

Ong, who was born in Melaka, would then go on to complete a general filmmaking course at Emerson College in Boston, United States, and begin his professional career as a cinematographer, taking on the tough film industry head-on.

Speaking to theSun, Ong shared more about his journey and most recent award wins at the Asian Cinematography Awards 2020 for his work on the short film Patroon.

How did you know that cinematography was the field you wanted to pursue professionally?

“I knew I wanted to shoot once I had the urge to pursue film as my career. However, at the time, I didn’t know that the role of a cinematographer existed. It was actually a compilation of a few moments in my early career which led me to pursue cinematography.

“One of my first ‘real’ productions was a feature I was a production assistant on, which connected me to a producer who was looking for a camera assistant for a low- to no-budget TV pilot. I stepped in despite barely knowing a thing about it.

“During filming, I was introduced to an extremely professional camera crew who had worked on some of the biggest films in Hollywood. They took me on, but I made a lot of mistakes and pretty much pissed off the entire camera crew. Even so, I learned a lot, and this was the first time I had the chance to watch a cinematographer at work. I was in awe and really wanted to be in their position.

“From then on, I started moving into camera assisting, understanding the inner workings of the camera department and watching the cinematographers work with light. As time progressed, I started stepping in to actually shoot no-budget shorts, meeting more directors, producers and friends, thus being able to shoot more.”

What do you personally enjoy the most when it comes to the technical aspects of being a cinematographer?

“I personally am not a technical person, but am technical enough to know what I can utilise to gauge a budget, a scheduling conflict or the type of crew and riggings needed for a scene. I used to stress a lot about knowing the newest gear, but now the story, films and directors who I work with are of the most significance to me.

“I can have the best gear but if my scene [doesn’t have] good direction, actors, production design, costume, makeup, crew, colouring and story, it doesn’t really matter how ‘cool’ your frame looks.”

What is Patroon about, and how did you get involved with it?

“Patroon talks about the systemic racism happening in the Netherlands, and revolves around the main character, Malik, a Carribean youth. It also talks about the expectations of growing up and the upbringing and attributes of friends.

“I met my good friend and director, Mario Gonsalves at the University of Southern California Summer Programme back in 2015. I think we both clicked the moment we met, and since then have been constantly keeping in contact and following each other’s work, improving as the years went by. Mario used to do cinematography but is focused on directing now, and as he progressed, I moved fully into cinematography.

“Eventually we decided to link up after a few years for this project and since then, have been constantly working together.”

How did you react to the film winning two cinematography awards at the Asian Cinematography Awards 2020, and what do these wins signify to you, personally and professionally?

“These are one of the few awards of my cinematography career, so I am very grateful to have this kind of recognition because it allows me to continue to push myself in the right direction in this industry and to allow other production companies, directors and producers to take me more seriously.

“Personally, I am very happy with the awards but at the same time I am still extremely young in my career, and have a lot to learn from the veterans out there.”

What are you looking forward to in the future (once this pandemic dies out)?

“I recently got accepted to the prestigious National Film and Television School in the UK, so starting next January I will be fully focused on solidifying my skillset as a cinematographer. It was a tough few months going through the application, interviews and selection workshops, but I am very happy the hard work paid off.”