More than just another pretty face 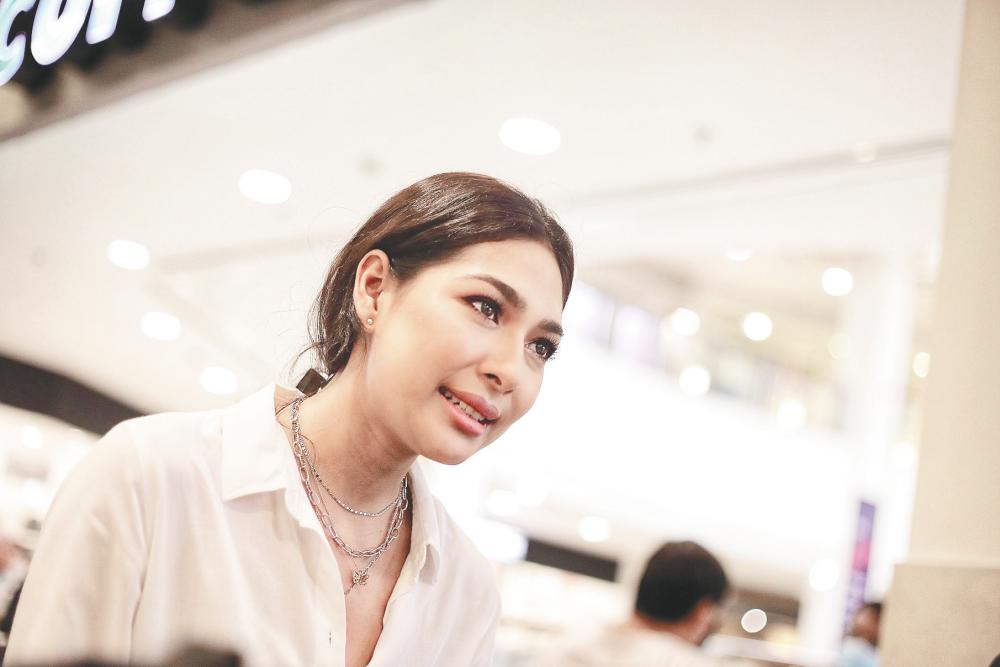 Rita wants to be an actress and a businesswoman. – Zahid Izzani/theSun

MODELS becoming actresses is a common thing. The latest to join the bandwagon is 23-year-old Rita Nadira, who has been a model for the last four years.

She made her first onscreen appearance late last year, playing a supporting role in the telefilm Kisah Seram Hostel, followed by a role as a spoilt brat in the 30-episode TV series Jujurlah Nikahi Aku which was aired earlier this year.

Currently she is shooting her new TV series called Juliet, in which she stars as a woman who plots to kill her grandmother.

Describe yourself to us.

“My father now runs a small poultry farm where he rears chicken and cows. My father used to sell fish in the market and I remember helping him to run the stall when I was a very young girl.”

Describe your journey as a model.

“My elder sister Rita Suraya was a model for more than ten years. She recently retired. She persuaded me to become a model. She believed I had potential, and her instinct was proven right.

“My sister is very proud of my achievements. Modelling is not just about walking down the runway and posing in front of the camera. You need to handle the client.

“You need to communicate with your photographer. Modelling has made me a more mature person.”

“I’d like to give more focus to my acting career, now. My dream is to play action roles, just like Hollywood actress Angelina Jolie in movies like Salt and Tomb Raider.

“I also dream of becoming a businesswoman. But I have not decided what business I want to be in yet.”

Who are some of your favourite actors?

“I love Bront Palarae, Sharifah Amani and Nabila Huda. They get so immersed in their characters. It would be a dream come true if one day I get a chance to act opposite Bront Palarae.”

Who are some of the international and Malaysian models you admire?

“Internationally, I love Bella Hadid. She is so gorgeous. I had the chance to meet her when she came down to Malaysia last year for an event. I even took a picture with her.

“There are so many Malaysian models I really admire. Last year my modelling agency, The Models Lab KL, invited the stunning Tengku Azura to give a talk.

“She shared with us her many years of experience as a model. I really had a good time listening to her stories and I learnt a lot. I have a lot of respect for her.”

What are your strengths and weaknesses?

“I am a positive person. I do not let negativity bring me down. I am also independent.

“My weakness is that I am a really shy person. It is difficult for me to talk to strangers. Giving interviews like this, and talking to reporters like you, is very difficult for me.

“Because I keep quiet most of the time, some people jump to the conclusion that I am a very ‘sombong’ (arrogant) person.

“But that is not true. In reality, I am just a shy person.”

Some people believe you got your chance to act because of your looks, and not your talent. What is your response to this?

“I am ready for any comments that come my way. If there is some truth to the comments, then I will try to improve myself as an actress.

“If there are none, I will just continue to act and put my all into my work.

“Not everyone will love what you do. Like I said earlier, I am a positive person, and I will not let negativity bring me down.”