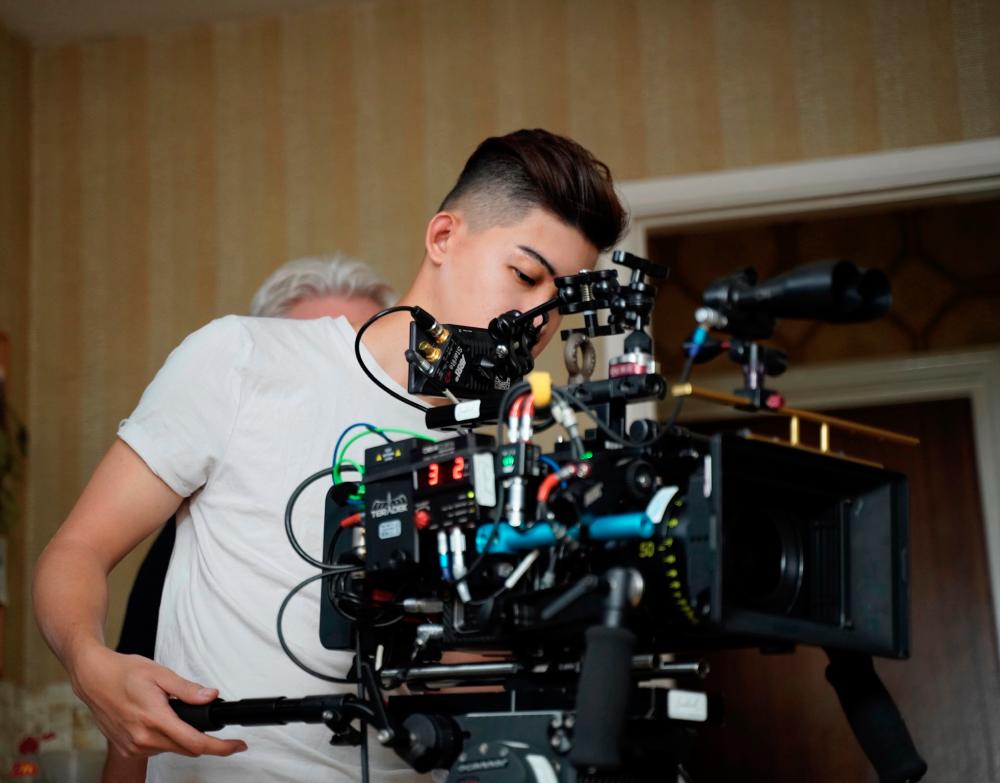 A MASTER’S graduate in Film Production of the Arts from Bournemouth University, Darius Shu’s debut film His Hands, which he co-directed with Arron Blake (who also starred in the film), premiered at the 2019 Tribeca Film Festival, and was was nominated for Best Narrative Short.

Several films later, it has become clear that Shu has the knack for cinematic storytelling. His thought-provoking narratives capture the subtle subversion and tension in enigmatic, avant-garde visual language.

His films portray radical themes hinging on the polarised context of sociomodern issues.

When did you begin taking interest in photography and cinematography?

“I started photography when my parents bought me my first DSLR camera when I was 18, and I started doing lots of portrait photography. I found out that I really love making people look good on camera, and I had the adrenaline to create visually beautiful images.

“I transitioned into fashion photography, which gave me lots of creative expression and freedom in the editorial field.

“Filmmaking came along the way when I started experimenting with telling stories on screen, and my fond love for cinematography grew, which felt to me like an extension of photography.

“I started directing, shooting and editing my own films, whether it’s a documentary, fashion films, or even my own films I wrote.

“Thinking back, I’ve done a fair amount of silent films too. I got the chance to attend film school here in the United Kingdom, and worked with some amazing people, and it kind of just went from there really.”

What are some key elements and themes of your work, whether conceptually or aesthetically?

“Conceptually, I always see cinema as poetry, and aesthetically as a painting. I’m very story-driven so I would always look at the material and the script. I would see my reaction to what the script is, and question myself ... do I want to watch this in the cinema? Am I feeling what this film is about as I will be spending my time creating it?

“It’s a whole experience. The relationship you built with your audience is really important, and I think that creates a better personal connection to your art.”

What are some emotions you want people to feel, or messages you want to convey when they look at your work?

“I love making people think and question the film. I feel that is more interesting when you could have a conversation after you leave the cinema. There’s no right or wrong, it’s all open to your interpretation.

“This is what Arron and I wanted to achieve with our debut silent film, His Hands, for you to create your own narrative. Visual storytelling is a big part of my work and I tend to be drawn to stories that depict the existential and exploration of identity, humanity and social construct.

“I’m always fascinated to create something fresh out of something ordinary, and have the characters deal with the presence of anxiety, and be morally ambiguous.”

What constitutes a good film?

“I believe story and script will always be the number one priority, and the way a story is portrayed and told on-screen visually constitutes what a good film is, which includes having good performances from the actors as well.”

You’ve reunited with Arron Blake for the second time in A Peaceful Killing, slated for release in 2021. Could you share with us a little bit about the film, without giving out too much?

“Yes, we are very excited to be working together again on our next film. We are doing something very different from our last film.

“All I can say for now is that it’s going to be a mockumentary film that involves an odd individual who calls on a filmmaker to document the strange happenings on a small piece of land in the English countryside.”