Splash of art from the heart 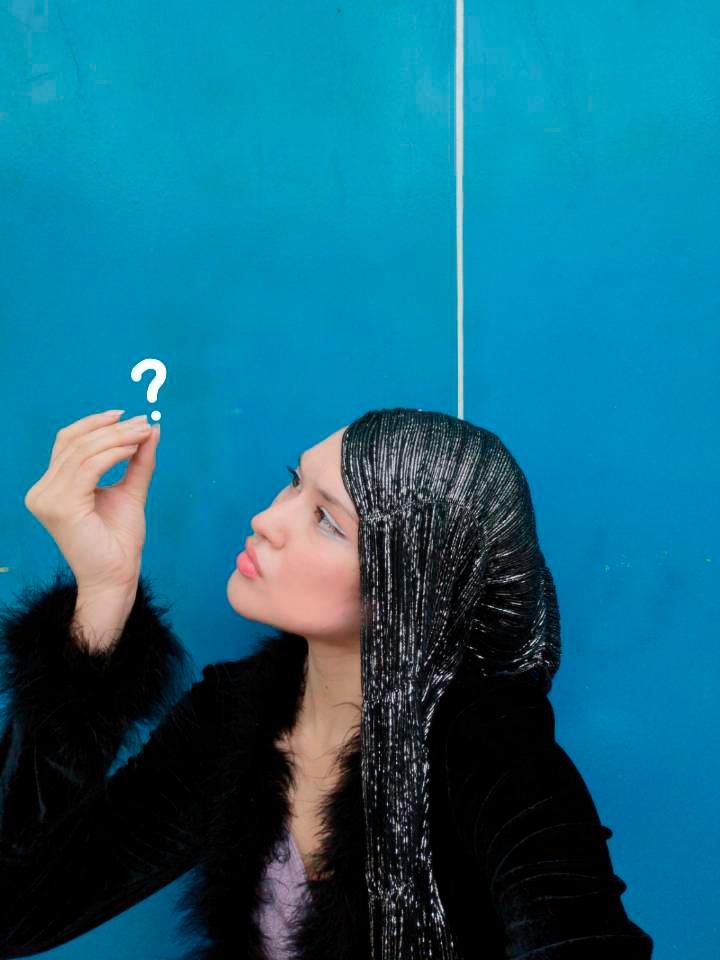 DHAN ILLIANI YUSOF is a fashion graduate who creates art. She does not limit her creativity, and enjoys putting her artistic touch wherever and whenever she can. The 23-year-old claims that she is the direct translator for, and the source of, her artwork, and is aware that not many can understand her creations.

Dhan has an array of creative endeavours. At this moment, she feels fulfilled, as she is able to freely express herself through her art.

What is the work you do?

“I am working as a visual artist. I am a multidisciplinary creator because I tend to jump around and do jobs that are available.

“So, I don’t only do visual work, but also certain things like styling, art direction, and digital work. It depends on where my interest peaks at that moment.”

“I have interests in different things, so that translates to how I dress as well. I match pieces that I feel would harmonise together, even if others may think that those pieces clash.

“I don’t care too much about it looking fashionable, I just treat myself as a canvas where I get to dress up any way I would like to.”

“My interest in art was inspired by my late mother. She was a seamstress and a multitalented person. She used to dress up my sister and I in her creations. She encouraged us to dress in a unique manner, too. So, this continues until today.

“Aside from that, I am also a fan of Yoko Ono and Bjork.”

What is your biggest achievement?

“I received recognition from Chanel and Harper’s Bazaar Arabia. It is a funny story! They reached out to me through Instagram, and I was contemplating whether it was a scam or not.

“They are such a big brand, and they were telling me that they would fly me to Tokyo for the collaboration.

“It was such an amazing opportunity, because it is very rare to see representation from Muslim women for such big brands, so I was delighted to take that offer!”

Define what art means to you.

“Art is everything. I don’t separate art from other things, such as religion or knowledge. Hence, I don’t see art as one particular field. Every thing I take on as an artist, I consciously view it as art itself.

“So in that sense, everything is a project to me, [whether] cooking or making stuff. In summary, art is growth and the thirst for knowledge.”

How do people relate to your style of art?

“I do know that I have a cult following, like, I have a niche market. I am able to bridge [the gap] between the commercial side and the art world side, so I am flexible in that way.

“When I first started, I know that a lot of people were confused, and they are still confused now. Possibly, they have given up trying to understand my art!

“Sometimes I get a lot of questions, they ask: ‘What sort of message are you trying to convey through your art?’ I didn’t know what to tell them at the time.

“Gradually, I learnt that it was how I communicate with people. So, my language is more visual than verbal.”

What do you think of local art platforms?

“I do think that there is a lot of untapped potential. There are multiple venues and outlets for creativity, but it is just starting out, which can be great because there is a lot that we can aspire [towards].

“What we lack is a strong support system for the creative. We have it here and there, but it is very divided. Due to that, it is kind of dying out one by one.

“No one is seeing the bigger picture and thinking of housing all of it together and see what they can make out of that. In turn, making it a bigger industry.”

Incidentally, tell us about your involvement in ice hockey.

“I am part of the Women’s National Ice Hockey Team. I play when there is a tournament to represent Malaysia. We do have leagues, where we will play against other local teams.”