Not your run-of-the-mill murder mystery 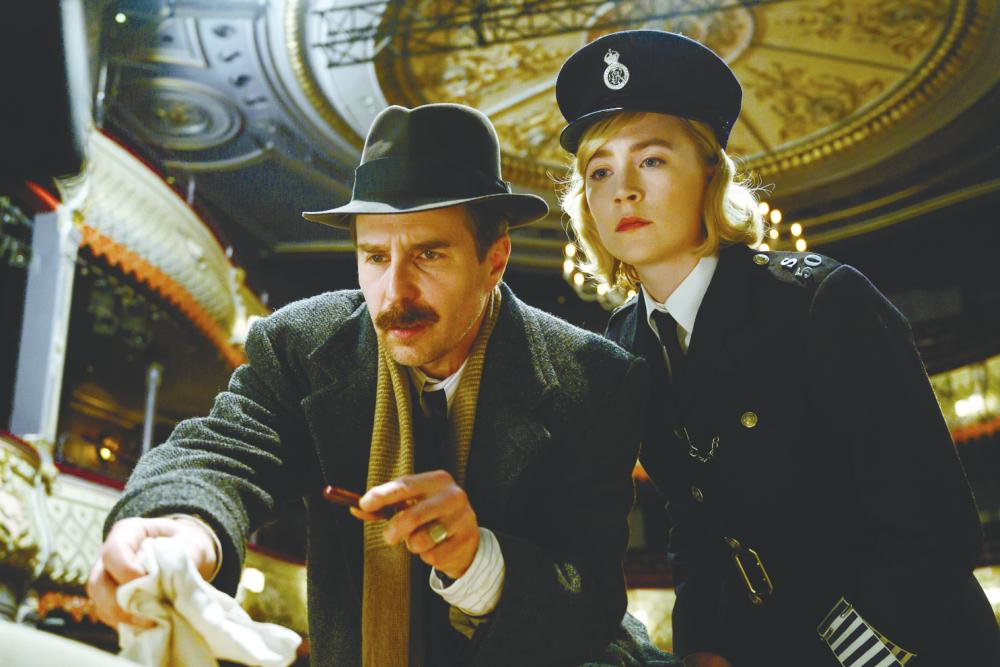 Rockwell and Ronan work surprisingly well together. – ALL PIX BY SEARCHLIGHT PICTURES

IN the midst of a manhunt for a serial killer, troublesome American director Leo Köpernick is killed in the backstage of a theatre, forcing Scotland Yard to assign its only available inspector to investigate the cast and crew.

“It’s a whodunit. You’ve seen one, you’ve seen them all,” quips Adrien Brody’s Köpernick in the opening sequence of the film, before promptly dying and starting the film’s murder mystery.

The self-awareness is something See How They Run wears on its sleeve, and the film is proud of that fact.

Why shouldn’t it, as this allows they film to poke fun at the genre while telling its own story that – due to the self-awareness – manages to add some uniqueness to what would have been an otherwise standard murder mystery.

“Whodunits” are deceptively simple films; set up a murder early in the film, have the heroes – usually the police – attempt to piece together clues while viewers are left to speculate about who the murderer(s) might be, before the grand reveal.

See How They Run knows its a simple film, and one of the characters even comments that these types of stories are tailored for easy-going audiences because of the genre’s simplicity.

However, that doesn’t mean this film has to adhere to that formula.

At one point, as the film barrels towards its climax, director Tom George and writer Mark Chappell begin moving their chess pieces even more to confuse viewers, ushering them in one direction before pulling the rug.

It also has to be added that the film also works because of the colourful cast, lead by Sam Rockwell’s Inspector Stoppard and Saoirse Ronan’s Constable Stalker.

Stoppard and Stalker’s clashing personalities – one seems perpetually tired of life and the other, a film buff with a penchant of talking too much – add much needed humour to elevate the film, and contributes much to how See How They Run feels like a lite-Wes Anderson film.

The murder mystery genre is experiencing a sort of renaissance in modern films after Rian Johnson’s Knives Out, and this film is the genre’s latest rookie detective.

Unlike most films in theatres right now, at a breezy 98-minute runtime, See How They Run is an easygoing film that doesn’t take itself seriously and knows how to have fun; traits that make the film both a rarity and a commodity.