Nothing to sneeze at 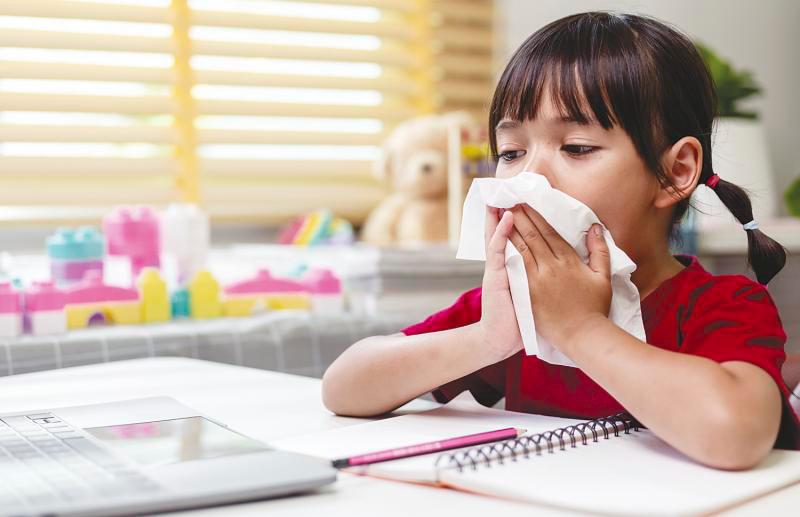 ALLERGIC rhinitis is a fairly common condition that affects both children and adults alike. Allergic rhinitis is a reaction that occurs in the nose, throat, and eyes. When the person is exposed to allergens, chemicals such as histamine are released in response. This causes itching, swelling, and fluid to build up in the linings of the nasal passages and eyes.

There are various allergens in the air which include pollen, animal dander, molds, cigarette smoke, and dust mites. Certain foods may also trigger an allergic response. In children who do not have allergic diseases, normally these allergens are harmless.

Allergic rhinitis is found much more commonly in children who have other allergic illnesses including asthma, eczema, and food allergies. There seems to be a strong genetic factor, with the risk of developing these allergic conditions higher if their parents have similar diseases.

Some of the symptoms of allergic rhinitis are repetitive sneezing, frequent runny nose or nasal congestion, coughing especially when lying down (post nasal drip), and itchy eyes, nose, and throat. These symptoms are far more common at night and early in the morning. The symptoms tend to lessen by mid-day.

A small number of children may also get nosebleeds due to chronic inflammation of the nose. Some children snore when asleep because of their blocked nasal passages.

As a result of these frequent symptoms, the child develops poor sleep, mouth breathing due to nasal congestion, frequent cough, and an altered sense of smell. The child rubs their nose frequently causing a crease to form at the nasal bridge. A typical way the child rubs the nose is by using their palms to rub the nose upwards, called the allergic salute. They tend to do poorly in school due to their poorer concentration from lack of sleep.

Untreated allergic rhinitis increases the risk of the child developing sinusitis and middle ear infections. While it is not a fatal condition, it does however contribute to poorer quality of life and increased economic burden.

Allergic rhinitis generally persists lifelong, although the severity may vary.

Getting a good medical history and physical examination is sufficient to diagnose allergic rhinitis. In certain children with more severe forms of the disease, it may be necessary for allergy work-up to help identify the allergens to help reduce the symptoms.

Whenever possible, it helps to try avoiding known allergens. Keeping a clean living environment, free from cigarette smoke may help reduce their symptoms. It may be best not to have pets at home when the symptoms have yet to be controlled. There is no need to intentionally avoid certain foods unless it clearly causes worsening symptoms.

Most cases of allergic rhinitis in children can be adequately managed by your general paediatrician. Sometimes, there may be a need to involve an otorhinolaryngologist (ear, nose, throat specialist).

-> Anti-histamines such as loratadine, desloratadine, and cetirizine reduce the production of histamines. These are available in oral forms.

-> Decongestants such as oxymetazoline relieves nasal congestion, and are available as a nasal spray or nasal drops. Pseudoephedrine is a decongestant in oral form, and is commonly combined with anti-histamine preparations. Please keep in mind that decongestants should not be used for longer than 3 days at a time.

-> Steroid nasal sprays which contain Budesonide or Fluticasone are effective in reducing inflammation and controlling the symptoms.

Dr Yeap is a paediatrician attached to KPJ Sentosa KL. Through his articles, he aims to help increase public awareness of the common issues associated with children’s health.