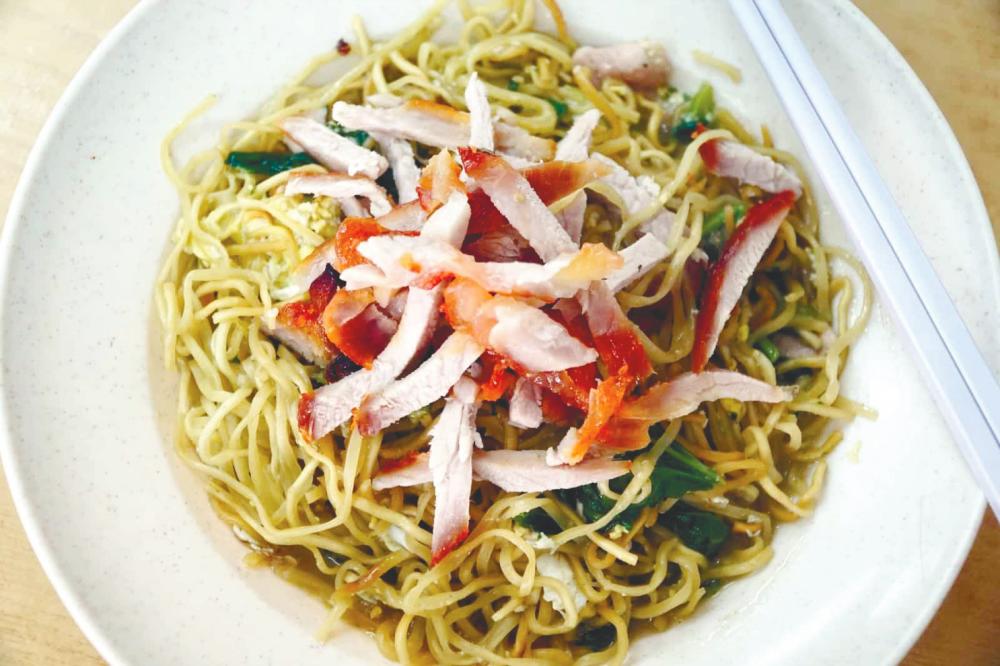 THE largest non-indigenous group in Sabah is the Chinese, many of whom were there long before the arrival of the British to northern Borneo, with the earliest documentation of Chinese settlements in Sabah dating back to the 7th century. The three main subgroups are the Hakka, Cantonese and Hokkien people, with the Hakka making up the majority of ethnic Chinese in Sabah, and this can be seen in the type of Chinese food that can be found there.

After more than a hundred years, many of the dishes that were brought over from the Chinese mainland have been localised, making each dish unique to each of Sabah’s 27 districts district.

Over time, people from each district moved to the capital city Kota Kinabalu in hopes of better opportunities. As a happy bonus, the people living and working in Kota Kinabalu were able to enjoy authentic Sabah Chinese food from different districts, without having to travel.

Beaufort is a town nearly 100km from Kota Kinabalu, and a beloved specialty of Beaufort town is Beaufort mee, which consists of charred handmade noodles with heavenly wok hei (breath of the wok), combined with slices of char siu, marinated pork, and plenty of bok choy in a delicious thick viscous gravy. One of my all-time favourite and underrated dishes, Beaufort mee is a dish loved by many locals. Unlike the eggy sauce usually found in wat tan hor (flat noodles in egg gravy), the gravy of Beaufort mee is more like a savoury soup that you cannot get enough of. Restaurant Beaufort Taman Kepayan Ridge is the one I always go to, but if you’re feeling peckish after your flight, head on over to Api Beaufort Restoran, which is just five minutes away from Kita Kinabalu International Airport (KKIA).

Everyone in Kuala Lumpur probably has a pack of yee mee in their kitchen for a quick and easy meal, but have you ever heard of fresh fried yee mee? In Sabah, yee mee is usually eaten in a claypot, and the noodles are fried so that they puff up. When eaten soup-style, the noodles absorb all the flavour, giving extra texture and taste to the noodles. If you want to try some Sabah yee mee, go to Tasty Place in Towering, Penampang.

Once known as Elopura, Sandakan is the second-largest city in Sabah, and was famously regarded as ‘Little Hong Kong’ due to its history of being populated by Hong Kong migrants. Acclaimed for its wide range of seafood and wildlife rehabilitation centres, Sandakan is also known for its spring noodles, deep-fried pork, and century egg dumplings, which are believed to have originated in Sandakan during the 1980s. Spring noodles are springy handmade noodles and usually paired with crispy marinated deep-fried pork. Besides spring noodles, Sandakan fried pork is also typically paired with kuey teow in a savoury anchovy soup with youtiao (fried dough sticks), and chopped spring onions. For springy Sandakan noodles in Kota Kinabalu, head over to Sandakan Kopitiam in Arena Hartamas, 88 Market Place.

The dish originated from Tawau and is a must-have noodle dish when visiting Sabah. “Sang nyuk mian” in Hakka literally means “raw pork noodle”. Despite the name, it is not actual raw pork. Instead, it is hearty intestinal pork broth served with thinly sliced pork strips, crunchy bok choy, meatballs, and pork intestines, though you can order it without intestines. The first coffee shop that served sang nyuk mian in Kota Kinabalu is Kedai Kopi Kim Hing Lee located at Sinsuran Complex. Over the years, more people started making their own sang nyuk mian, so each dish tastes different in each shop. Every Sabahan has their own preference when it comes to their favourite shop and personally, mine is Kedai Kopi Melanian in Lintas Plaza.

One of the signature dishes from Tenom is pork egg rolls (chun kien), a traditional favourite of Hakkas in the old towns of Tenom and Kudat. The egg roll is made with minced pork rolled with a thin slice of egg skin, giving it its signature yellow colour. Compared to the chun kien found in Tuaran mee, Tenom chun kiens are larger in size and taste a little different depending on the marinade for the minced pork. The bigger ones are more circular, while the smaller Tuaran chun kiens are oval in shape. For large Tenom egg rolls, go to Ho Yuan Restaurant in Jalan Penampang Lama, Taman Hiburan.

A specialty of Tuaran town, a town around 30km from the city center, the dish is pork fat wok fried noodles with egg, char siew, and chun kien. In neighbouring Tamparuli, a similar dish called Tamparuli mee can also be found. If you ever find yourself in Tuaran, head to Restoran Lok Kyun, the OG Tuaran mee stall in a wooden shoplot, and after that, go to the nearby Tuaran market to get some BBQ chicken tail for some smoky tender satay with yummy spicy sauce! If you’re in Kota Kinabalu, Tuaran Mee Restoran in Inanam is just 15 minutes away. Order a plate of Tuaran mee with Lihing for extra sweetness, making the dish that much more aromatic and flavourful. If you’re on your way down from Kundasang after visiting Mount Kinabalu, head on over to Restoran Wun Chiap in Tamparuli to try the lardy fried noodles.