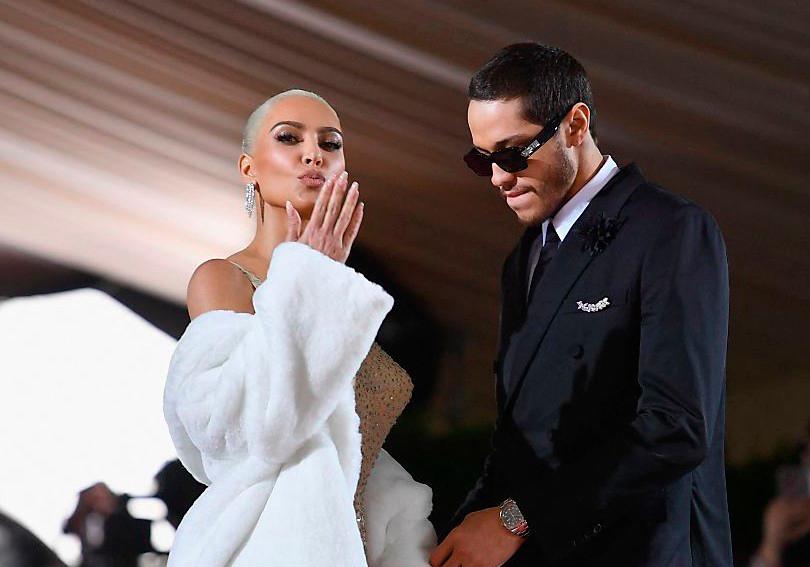 Kim Kardashian and Pete Davidson at the Met Gala in May, while he was undergoing therapy after harassment from Kanye West. – AFP

FUNNYMAN Pete Davidson, 28, has “been in trauma therapy” since April this year as a result of the numerous threatening social media posts that Kanye West, 45, made while Davidson was dating the rapper’s ex-wife, Kim Kardashian.

“The attention and negativity coming from Kanye and his antics is a trigger for Pete, and he’s had to seek out help,” an insider told People, who first reported the story.

The source continues that the Saturday Night Live alum, who recently split from Kardashian, 41, “has no regrets for dating Kim and wants it to be made very clear that she’s been nothing but supportive of him throughout their relationship.”

Davidson and Kardashian called it quits last week after nine months of dating, and officially said part of the reason they split was because of their busy schedules.

“Kim and Pete have decided to just be friends,” a source shared. “They have a lot of love and respect for each other, but found that the long distance and their demanding schedules make it really difficult to maintain a relationship.”

Another source claims that the age gap between them could also be a factor in their decision to end their relationship.

The news of their split prompted a reaction from Kanye West on Instagram, where he posted an image of an altered New York Times with the headline “Skete Davidson Dead at Age 28.”

Both Davidson and Kardashian’s respective management teams reached out to Instagram about the post, according to a People source.

“His team and Kim’s have reached out repeatedly to Instagram asking to make the platform a safer space,“ the insider says, also noting that West’s repeated attacks are one reason why Davidson has “been absent from social media.”

A source close to Kardashian also tells People that Davidson’s involvement with trauma therapy played no role in their breakup whatsoever. “Kim does not tolerate this type of behavior from Kanye,“ the source says.