Ponggal: A day to give thanks and start anew 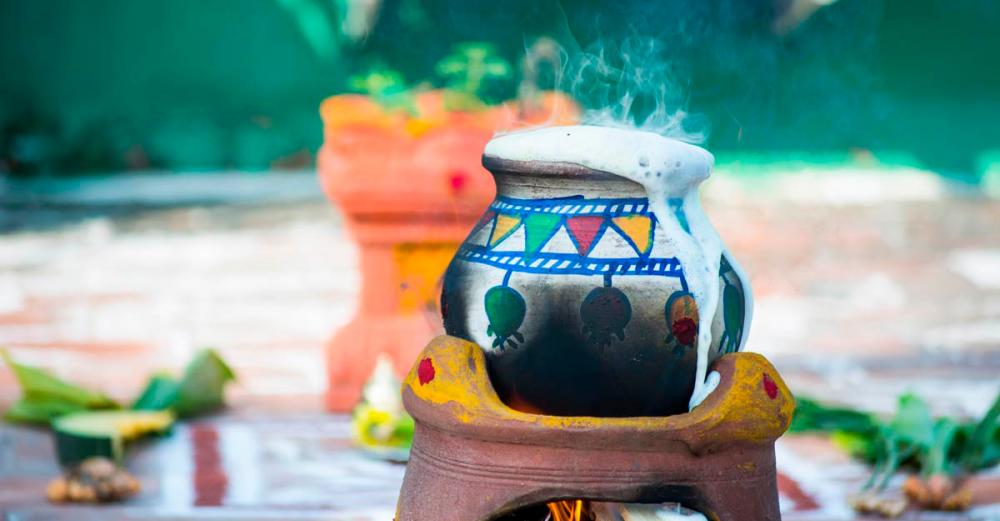 On Ponggal, milk is boiled in a pot until it flows over.

PONGGAL is a harvest festival celebrated in southern India, especially in Tamil Nadu.

The festival is celebrated over three days. This year’s celebrations begin on Jan 14, which is also the first day of the month of Thai in the Tamil solar calendar. The second day is known as Maatu Ponggal, and the third day is Kaanum Ponggal.

Ponggal is one of the biggest celebrations in Tamil Nadu and is celebrated as a day of thanksgiving by farmers to thank the sun, nature and land.

The word “ponggal” in the Tamil language means to “boil” or “overflow”. During the celebration, a new clay pot will be used to boil milk until overflow.

When the pot overflows with milk, it is an auspicious sign, and the people will celebrate with chants of “Ponggalo Ponggal”.

Rice will be added to the boiling milk together with jaggery, cashew nuts and raisins and others to make sweet rice called Ponggal, which is usually offered to god, before being shared with the family. Sugarcane stalks and turmeric are also significant in Ponggal celebrations.

Traditionally, the milk rice is cooked in the open. A colourfully painted pot will be placed on bricks above the open-air fire stove with people surrounding it while dressed in traditional attire.

Mattu Ponggal is dedicated to farm animals, especially cows, which play an important role in farms in India. Cows plough the paddy fields and their milk is important for its nutrients.

On this day, cows are decorated and painted with bright colours. A small prayer (Aarthi) will be performed, before the cows are fed.

Incidentally, on the day before Ponggal begins, which is also the last day of Margazhi month, old and unwanted things in the house are thrown out and set alight in a bonfire, a symbolic gesture to get rid of the past and to welcome the new year.