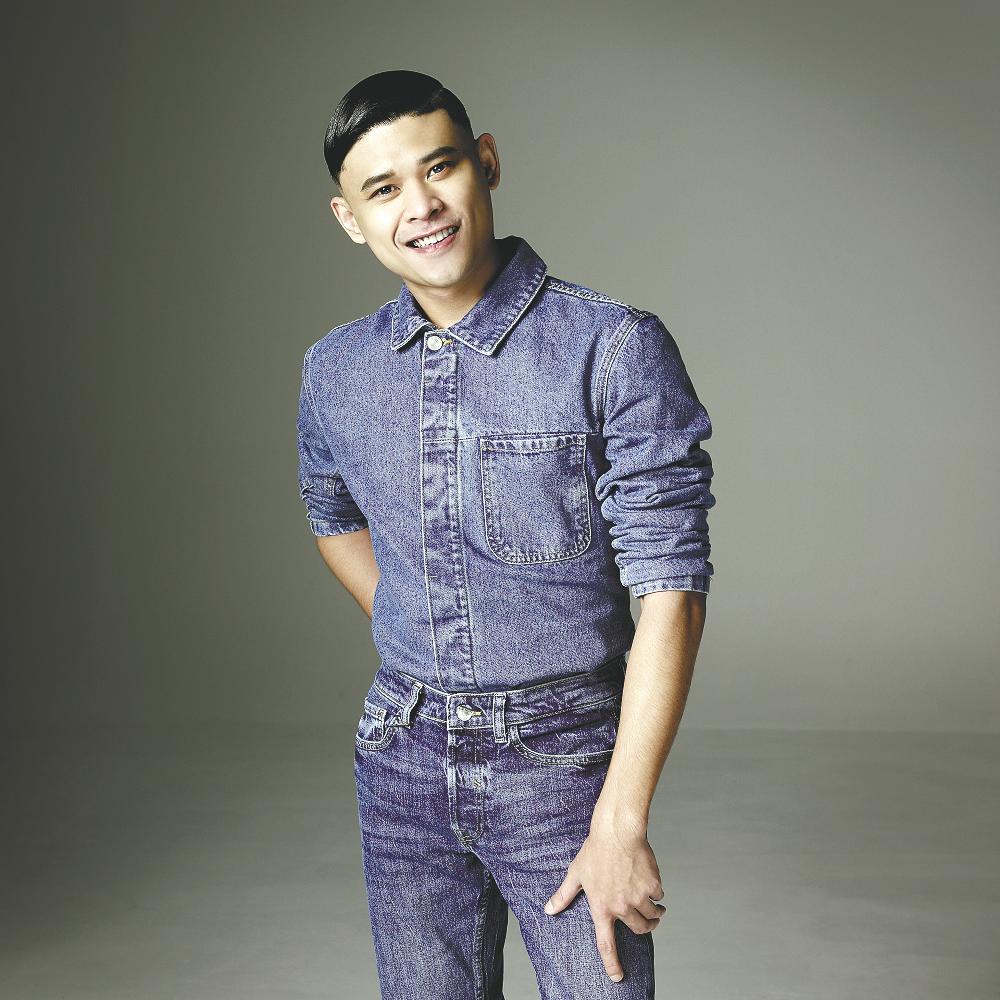 Andi has wanted to be in showbiz ever since he was a teenager. – Courtesy of Warner Music

HE recently courted controversy with the music video for his song Shimmy, but Andi Bernadeen, 28, is simply taking things in stride and looking towards the future.

Prior to our interview, Andi had just returned from a trip to Egypt and Turkey and was in self-quarantine for 14 days.

When asked how he was spending his time, he said: “I am just staying home, playing games. I have some great ideas but I am also giving my brain a rest.”

He also said that many events have been postponed due to the Covid-19 outbreak and the movement control order (MCO).

Talking about his career, Andi said: “I have been taking part in singing competitions since I was in kindergarten. When I was studying, I was active in the drama club and the choir. By the time I was in secondary school, I knew I wanted to be in the entertainment business.

“I just could not make up my mind whether it was as a singer, or producer. I only knew I wanted to be in showbiz.”

He had been uploading videos of him singing cover versions of popular songs on the karaoke app Smule. His renditions of songs such as Ziana Zain’s Putus Terpaksa went viral.

He also joined the reality show Big Stage in 2018. “Although I was out by week three, I refused to give up my dreams,” said Andi.

“If you ask me what is my focus right now, it is singing. I wanted to try something new and challenge myself, that is why I tried my hand at acting. But my main focus is still on my singing career.”

Of course, we had to talk about Shimmy. The video (released in February this year) that got a lot of people up in arms depicts Andi as a vampire who woos pretty ladies and sinks his teeth into their necks.

There are far sexier, far more controversial music videos out there, but for some reason Andi’s detractors took him to task.

“For all my music videos I would come up with a concept and then pitch it to the label (Warner Music Malaysia) who will in turn send it to the production side. With Shimmy I wanted to try something different.”

Nothing sells like controversy, and the video ended up being viewed by even more people as a result.

Andi said: “I really don’t understand how these people interpret the video. I was trying to depict women’s empowerment.

“There are so many ‘lelaki buaya’ out there. If women came together, they can bring down these kind of men.”

Unfortunately, imaginations went into overdrive among some people, who had very chauvinistic interpretations of what they saw.

Putting the controversy aside, Andi is now concentrating on the release of his first album.

He said: “I needed to prove myself first. Before this, I released my singles. They did well, and so now it is time for an album.”