If you were born in the Year of the Tiger, find out which celebrities you share your zodiac with 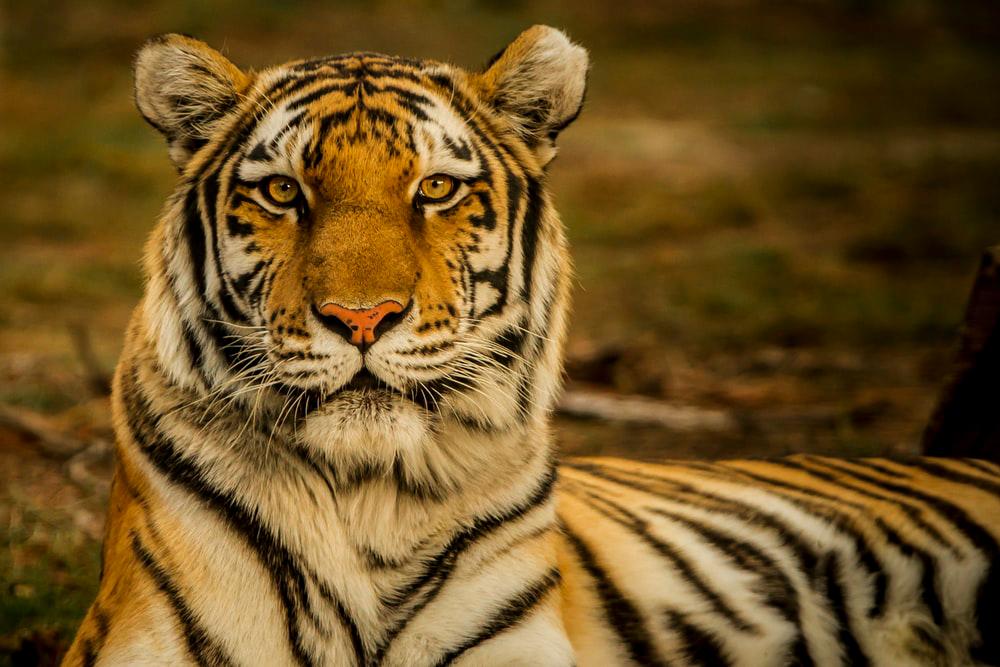 CHINESE New Year is fast approaching and February 1, 2022 will officially be the Year of the Tiger, which ranks second in the Chinese zodiac.

Tiger people are difficult to resist because their arrogant personality and innate authoritative atmosphere give them a certain prestige. Stormy yet calm, warm-hearted but fearful, brave but yielding in the face of danger, gentle and mysterious, Tigers have an innate charm that makes them very attractive to other signs.

Queen Elizabeth II became queen on Feb 6, 1952 and ascended the throne on June 2, 1953. She is the mother of heir to the throne, Prince Charles and grandmother of Prince William and Prince Harry. As the longest-reigning monarch in her British history, she sought to make her own reign more modern and responsive to a changing public while maintaining the traditions associated with her crown. In addition to her ceremonial duties, her queen is known for her serious concern for national and political affairs, and is known for modernising many aspects of the monarchy.

She was born Norma Jean Mortenson on June 1, 1926 in Los Angeles, California. Marilyn Monroe epitomised Hollywood glamour with amazing acting skills and energy that captivated the world. Despite her attractive beauty, Marilyn was more than just a sex symbol. She undoubtedly became the most famous woman of the 20th century. She died on August 5, 1962 at the age of 36. Marilyn’s popularity has risen beyond ‘celebrity’ to ‘icon’. Today, the name “Marilyn Monroe” is synonymous with beauty, sensuality and vitality. She inspires everyone who wants to overcome personal obstacles on the road to greatness.

Leonardo Wilhelm DiCaprio was born on Nov 11, 1974 in Los Angeles, California. He is known for his unconventional roles on the silver screen. He started his career in television and then moved to films, where at 19 he was nominated for an Oscar for his role in What’s Eating Gilbert Grape. He started modestly in the 1990s as a major teenage heartthrob, with films like Romeo + Juliet and Titanic. With the latter, it was the first time in history that a film was No. 1 in all countries around the world. After that, he gradually became one of the most popular actors in Hollywood.

Joanne Stefani Germanotta, better known as Lady Gaga, is from New York and rose to fame with her debut album aptly titled The Fame. The album was a huge success and the single Poker Face topped the charts in every category, in almost every country. The Fame has sold over 12 million copies worldwide. It was nominated for six Grammy Awards, including Album of the Year at the 52nd Annual Grammy Awards. The single Poker Face won a Grammy for Best Electronic/Dance Album and Best Dance Recording. In recent years, she has moved into acting, receiving a Golden Globe for her role in American Horror Story and earned an Oscar nomination for her lead role in A Star Is Born.

Beethoven is known as one of the greatest composers of all time because of his ability to put emotions into music like no one before him. Ludwig van Beethoven was born in December 1770, but no one knows the exact date. He was baptised on the 17th. Beethoven’s first recorded work was a collection of nine piano variations written in 1782. He dominates a certain period in the history of music, like nobody else. Building on the classical traditions of Joseph Haydn and Mozart, his art embraces a new spirit of humanism and the emerging nationalism expressed in the works of later composers like Johann Wolfgang von Goethe and Friedrich von Schiller.

Born on Aug 21, 1986, the Jamaican sprinter became the first person in Olympic history to set both 100m and 200m world records in record time. Usain St. Leo Bolt was also the first person in history to set three world records in a single Olympic event. His sprint achievements earned him the nickname ‘Lightning Bolt’. He is still known as the fastest man to this day. After retiring in 2018, Bolt is still very popular and popular and has several business interests, including a new line of electric scooters.

Jimmy Fallon was born on Sept 19, 1974 in Brooklyn, New York, and is a popular TV presenter, comedian, writer and producer. He began his career on the comedy show Saturday Night Live and hosted Late Night with Jimmy Fallon, and later The Tonight Show with Jimmy Fallon. Fallon has a very good connection and presence on social media. He has millions of followers on Twitter and some of the videos he makes with celebrities have gone viral on YouTube. He has also written several books, including Your Baby’s First Word Will Be Dad (2015), Everyone’s Mom (2017), and It’s a Baby (2019), all of which are for children. Fallon delivers a dynamic energy to his audience, making him everyone’s favourite talk show host.

Adams, Ansel was born on Feb 20, 1902 in San Francisco, California, and soon grew up to become a renowned photographer and environmentalist. Adams’ influence on photography is boundless and his career as a photographer, teacher, conservationist and writer is legendary. Adams became noticeable as a photographer of the American West, specifically Yosemite National Park, for using his work to promote wildlife conservation. His iconic black-and-white images helped establish photography as a part of the fine arts. Adams wrote two books that beautifully expressed his work. Nancy Hughall’s Ansel Adams: An Eloquent Light (1963) offers an excellent analysis of his work and place in the history of photography and the making of 40 Photographs (1983) of his working style. He passed on April 22, 1984.

Australian wildlife conservationist Stephen Robert Irwin was born on Feb 22, 1962 in Upper Ferntree Gully, Victoria, Australia. He gained international fame as a host on the television series The Crocodile Hunter (1992–2006) and related wildlife documentaries. Although not posessing a proper degree, he grew up studying and caring for animals at his parents’ wildlife park (now known as the Australian Zoo). While filming a documentary called Ocean’s Deadliest near Australia’s Great Barrier reef in 2006, Irwin sadly died after being stung by a poisonous bull stingray in shallow water. His family continues to strive to achieve all the goals Steve set out to achieve.