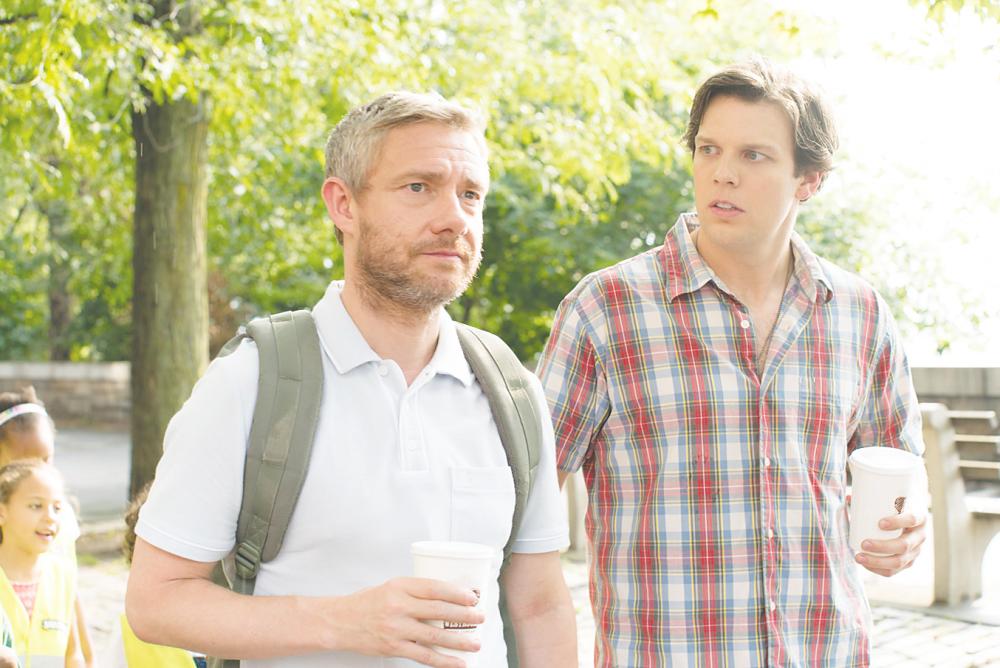 A scene from Ode To Joy

THIS romantic comedy is about a man with a medical condition called cataplexy (a real-life condition, which is a form of narcolepsy) and the havoc it causes for him and those around him.

It is based on a true story once featured on a This American Life podcast episode.

Charlie (Martin Freeman) is a librarian with cataplexy, which causes him to pass out whenever he experiences strong emotions, like joy.

He then meets Francesca (Morena Baccarin) who is creating a bit of a ruckus at the library when her boyfriend tries to break up with her.

When Francesca later shows up and invites him out on a date, he tries everything possible to make sure he does not pass out, including putting a tack in-between his toes so that the pain balances out whatever joy he is feeling.

But when he is unable to contain his emotions at being invited into her home, Charlie faints and is rushed to the hospital where Francesca learns of his condition.

Giving up hope of any relationship with Francesca, Charlie hooks her up with his brother Cooper (Jake Lacy), who, in turn, introduces Charlie to the eccentric Bethany (Melissa Rauch of The Big Bang Theory).

Charlie feels safe with Bethany, as she does not evoke any strong emotions from him. Oddly enough, this setup actually helps Charlie enjoy Francesca’s company more, which eventually leads to complications.

It is obvious that director Winer is walking a tightrope of sorts, unsure of how far he can push the envelope on Charlie’s medical condition for laughs while, at the same time, addresses the fact that this condition can kill.

There is also a side plot involving Francesca having to deal with her favourite aunt (Jane Curtin)’s cancer diagnosis. However, that entire premise could have been handled better.

The romantic aspects also fail to move you, and as for the comedy, it is the supporting cast (Rauch and Lacy) who make you laugh.

So, in a way, it is a blessing that the movie is relatively short.