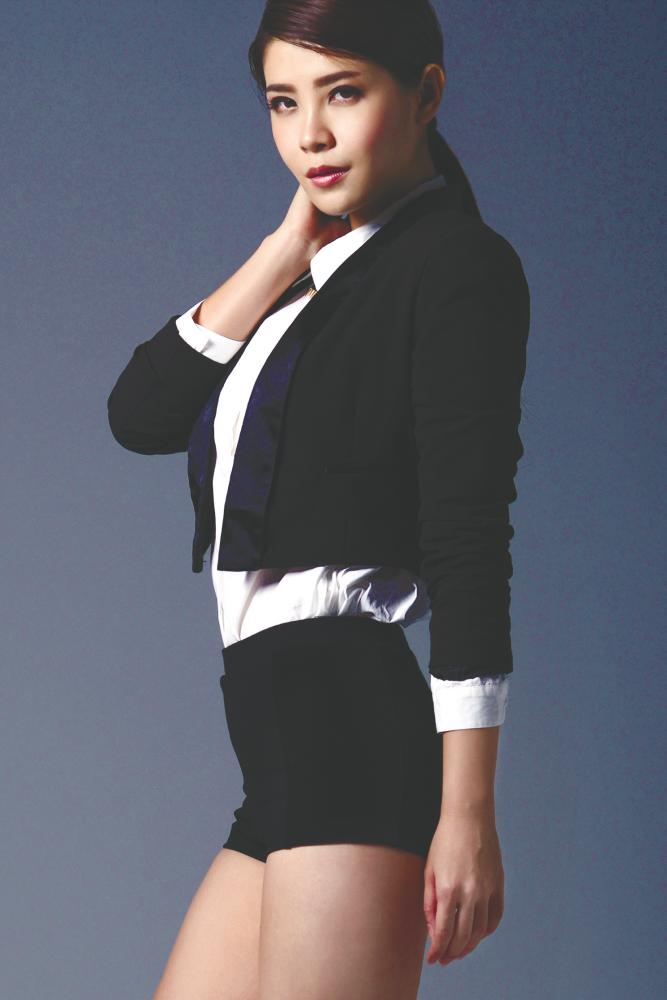 Emily Lim believes her life experiences and the difficulties she faced has made her a better actress. – Courtesy of Emily Lim

THERE were no plans to be a model or an actress for Emily Lim, star of several television dramas and Asian films. The humble actress’ dreams were solely to provide for her family, particularly to alleviate the burden placed on her mother by her father’s vices.

Lim, who studied at Universiti Putra Malaysia, stresses she had always wanted to be a business person, but circumstances in her life led her on another path.

“I got into the entertainment industry because my dad is a gambler, and he got in deep with loan sharks due to gambling, high risk business, and all sorts of very risky investments,” she says.

It is why Lim refers to her mother as a single parent, as the latter singlehandedly raised both Lim and her brother.

“There was even a point where loan sharks came to our house and tried to get me as [payment for the] interest for my father’s loan, when I was about 15 years old.”

Her mother saved her by throwing a gold chain towards them.

“I’ve been working all the time ever since Form Three ... not just to earn money to cover my expenses, but to also try to contribute to my family’s financial status.”

An opportunity to further help her mother came when Lim saw a call for participants for a beauty pageant.

“What attracted me was the prize money, which was about the exact amount needed to clear the debt with the loan sharks.

“Maybe there is a gambler in me too, so I gave it a shot,” she said with an uneasy laugh.

Up to this point, Lim was a relatively normal girl, knowing nothing about beauty as she had never worn high heels nor used makeup prior to the pageant, and she knew even less about navigating the entertainment industry.

However, her focus and drive to get herself and her family out of their predicament helped her place first runner-up in the Miss Astro Pageant 2005. Everything she won was then sold, and the money was used to pay off the longstanding debts.

Though she went back to corporate work, the pageant inevitably opened doors for her. At the same time, her father got the family into yet another financial problem.

Just as she was contemplating how to solve the problem, she was scouted for a television advertisement.

“The shoot was in Thailand, so my mum was afraid of its legitimacy and my safety. Once again, I took the risk to see what it would bring.”

Though she jests about having similar risk-taking traits as her father, Lim’s decision-making skills were far superior.

“I went for the casting, got the job and that was how I got into a lot of commercials,” she says, pointing out that she eventually left her office job to pursue her current line of work.

From amateur to bona fide actress

At the beginning of her acting career, Lim considered herself an ‘extra’, because she did not know how to act or work in front of a camera.

“I never called myself an actress, because I [had no] professional training. How I learned acting was through directors yelling and shouting. It was a painful learning curve that motivated me to learn to do things better.”

In addition, her work was being affected by some health problems.

Eventually in 2012, she decided to go to Los Angeles in the United States (US) to study acting. There was a lot of self-reflection during the period before the move, especially on whether she was acting for the money or for true love of the craft.

Her friends, family and even her then-boyfriend, former actor-turned-restaurateur Alan Yun, did not agree with her spending money going to LA to study acting.

Yun, whom she married in 2018, eventually changed his mind when she told him about her dream to study abroad just once, as her family’s condition never allowed that luxury. He supported her and even sponsored the flight tickets.

Like her previous risk-taking decisions, Lim does not regret going to the US. Upon returning from Los Angeles, she soon became involved with art and independent films.

“Upon coming back, I started to get to know local indie directors like James Lee and Edmund Yeo.”

Prior to her return, Lim had largely starred in television dramas.

She also validates the belief within film circles that acting in different mediums requires different degrees of performing, and through starring in more independent films upon her return to Malaysia, she is now “stretching a different muscle” in her career.

However, Lim feels that acting has not become easier for her, nor does she think her acting skills have evolved. She instead refers to it as “flipping a switch”.

“Because every time I get a different role, I would like to present something different. It’s having a sense of knowing what to do for arthouse films and dramas.”

Always humble, Lim frequently downplays her acting skills. This was evident when Lee approached her with his initial screenplay for the psychological thriller Two Sisters.

When she turned it down due to personal reasons, Lee revised it and approached her again.

In February this year, Lim clinched the Best Actress Award at the Anugerah Majlis Pengkritik Filem Kuala Lumpur 2019 for her performance in the film.