Santa Clause is back in town

The Santa Clauses brings back the true spirit of Christmas 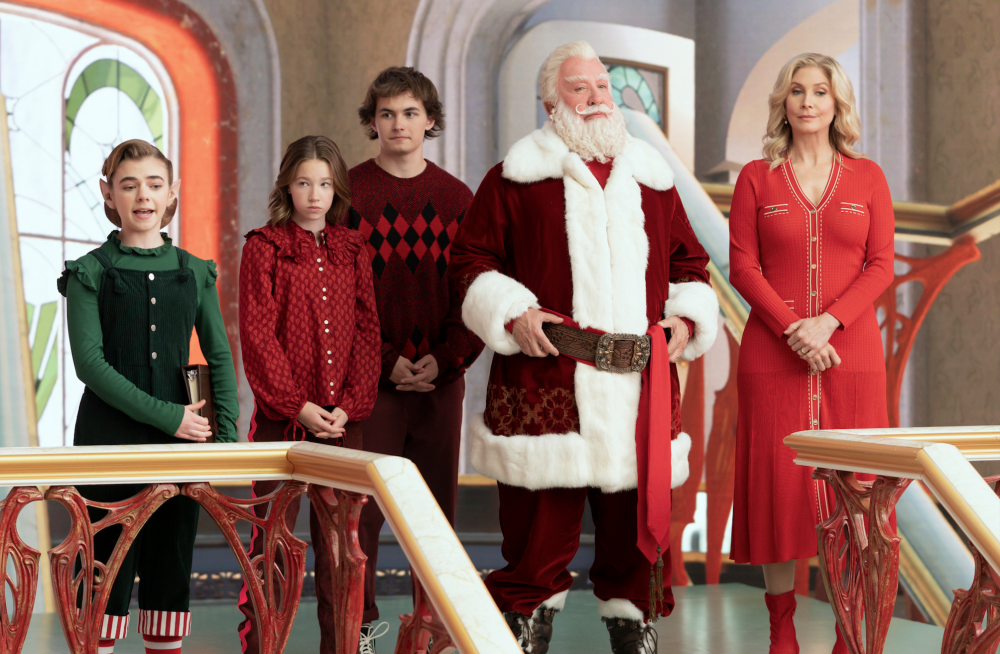 The franchise returns after a 16 year hiatus. – DISNEY

THE TV series The Santa Clauses is a continuation of the movie series that debuted in 1994 with the first The Santa Clause and wrapped with The Santa Clause 3: The Escape Clause in 2006. This time, both Santa and Mrs Claus return to protect Christmas and their new family.

In a virtual press conference, some of the cast – including Tim Allen as Scott Calvin/Santa Claus, Elizabeth Mitchell as Carol/Mrs. Claus, Elizabeth Allen-Dick as Sandra, Devin Bright as Noel, Austin Kane as Cal, Matilda Lawler as Betty, Rupali Redd as Grace, and Kal Penn as Simon Choksi – as well as executive producers Jason Winer and Jack Winer – gave us some behind-the-scenes details about the series.

In 2002’s The Santa Clause 2, Scott Calvin/Santa Claus was forced to get married in order to complete the full scope of the legal commitment he assumed when he assumed the role of Santa. This was Mitchell’s first appearance in the film series. She claimed that her latest turn as Carol sees her having a bigger role in the narrative.

“I have a lot of fun things to do,” she said. “I think that although I wasn’t in the room, I think they put their heads together and thought Carol needs something to do and they gave me so much.

“And I have these funny things to say and I get to play with everybody and we get to kind of find Carol find her voice, possibly her name. I really do have quite a lot to do, it’s gonna make my mom really happy.”

When asked what convinced Allen to come back to this franchise after so many years, he said: “It was a script and it was a Jack Burditt, who wrote this. We kept coming up with themes, and as his mind and my loud voice combined, we answered some specific questions.”

He added: “I’m really a story guy ... And, I don’t want to give so much away. It was like, wow, yes. And then it connected this one to today.

“And it moved the story along and I said, ‘Yes, if you can go there in the first chapter,’ I said, ‘if you can get me there and how it ends’, and there’s some real magic in there, folks.

“It always was weird to me that none of the elves thought it was weird that I showed up at the North Pole, you know, dressed in that baggy coat and no one seemed to care what happened to the other dude that fell off the roof. However, once this started moving along and we get that first chapter, which the first episode [sets] things up.”

All this is in line with the spirit of the original film. After all, The Santa Clause was partially intended to demonstrate how poignant it may be to inspire grown-ups to believe in the exceptional, regardless of how corny or silly it may sound. Kane remarked that he grew up watching these holiday movies with his family, which served as a sort of yearly tradition.

He said: “It is a really a dream to be a part of it and to like, experience it up close and personal.”

Allen’s ability to play the role of Santa Claus and be that persona is meaningful to Elizabeth Allen-Dick – Allen’s real-life daughter who also plays his child Sandra in the series – because she thinks it inspires and cheers up so many people. Being on the show seemed like such an honour because after the three movies he made and how many people love them and watch them around the holidays, it was very “joyful” for Elizabeth.

She said: “I hope that I can, you know, do this role again because I just had a blast doing it, I would love to continue my character Sandra.”

The other actors said that there was a lot of fun and enjoyment on set practically every day.

“We played so many fun games in between, it was really exciting for all of us,” said Lawler.

“It was never stressful on set. It was always fun and the only stressful times was when I had to read the lines fast, but it wasn’t that stressful overall,” added Redd.

Bright emphasised that playing video games and simply having fun off-screen carried over to the show, making it, in his opinion, a highly enjoyable one for viewers. Allen said that during the filming of the series’ six episodes that Santa signifies, first and foremost, a Christian holiday of the highest kind, namely a birth.

“What it eventually gets to in one of the more emotional scenes and a great actor who said it best, it’s about giving yourself, your time, and of your heart.”

He added that the cast members were especially affected by the scene where the most basic act was giving fruit and treats to people who truly had nothing.

“And this all began a very long time ago, when a very kind person appeared out of nowhere and decided to give to people who had nothing.”

The Santa Clauses is now streaming on Disney+. 1.Thousands on alert in Java after Semeru eruption

5.Stand up for yourself