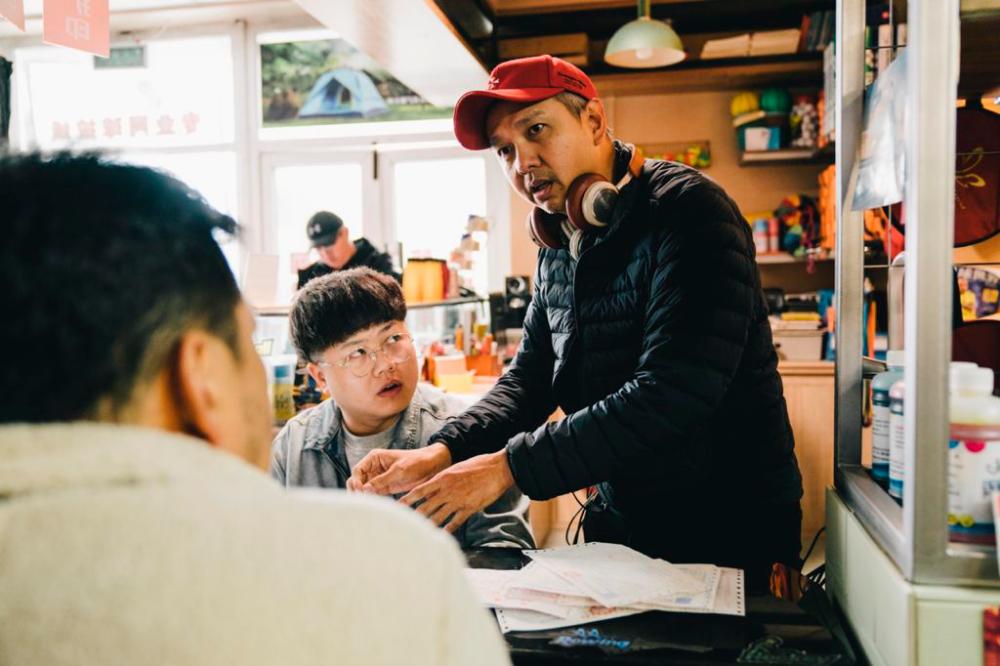 Chiu directing the crew behind the scenes. — PHOTO COURTESY OF ASTRO SHAW

FOR the longest time, local filmmakers have struggled to win the hearts of Malaysian audiences.

Considering the number of foreign contenders, it can be difficult for homegrown films to make their mark.

But since director Chiu Keng Guan came to the scene in 2010, things have drastically improved over the years.

As the man behind local masterpieces like The Journey and Ola Bola, Chiu has revolutionised the Malaysian scene with his blockbuster features that tackle relatable themes like friendship and family. Both films have jointly grossed over RM16 million at the box office.

Now, he returns and sets the benchmark higher with his first Chinese production, On Your Mark. Filmed entirely in China, the feature follows a father’s journey in helping his sick son realise his dreams of becoming a marathon runner.

“It was a new experience for me as it was my first time directing overseas. I had to work with new creative talents and crews. It was a big challenge that I was excited about!”

What was your inspiration behind this feature film?

It is a combination of a few real-life events. We met one of the real-life marathon runners and his story really inspired me. Before becoming a marathon runner, he was at home a lot and did not socialise much with anyone.

But after he starting running for marathons, his life changed and he became healthier and more confident. Hence, after meeting him, I realised his story is suitable for the movie’s plot. And it inspired me to portray his story as a testimony of a father’s love in helping his son conquer the obstacles in his life.

Did you face any difficulties in the midst of filming the movie?

Yea for sure! I had to learn some of the local dialects to make the show more believable to the audience. And I think I succeeded because the Chinese audiences were shocked upon learning that I am Malaysian. They could not believe the movie was made by a foreigner as the local elements really resonated well with them. I felt thankful upon hearing this.

However, I must say it was a struggle for me to learn about the local culture. I had to spend some time living in Chongqing to learn more about the culture there. Aside from this, I had to also form a relationship with the actors as I needed to earn their trust. During the first week of shooting, I had to constantly discuss with them about the creative direction.

Like why I wanted to shoot them at a specific angle and why they needed to say certain lines. Hence, it took a while to earn their trust. Fortunately, they were pleased with the outcome and after four to five days, they were fully following my direction.

Did anything funny or weird happen on set that you still remember?

The marathon scene required us to build the set from scratch. So, it was a special memory for me because I had over 2,000 extras on set per day. Some were runners while others were members of the audience. In total we had over 9,000 extras. So that was something special to me as I never handled this level of crowd scene before.

It was also funny because we were shooting during winter. But the scene was set around spring or summer. So, the actors had to wear shorts and sporty outfits. And it was quite tough because it was so cold. It was funny to see them rush to their coats once the scene was done.

What do you hope for Malaysians to take away from this film?

I think I would want Malaysians to appreciate their fathers after watching the show. This is because most old-school fathers tend to not express their affection. But somehow, you can feel their love.

So, I hope the local audience will feel how distant fathers show their love to their loved ones. The other thing I hope Malaysians would take away is the `never giving up’ attitude that is showed between the father and son in their journey in accomplishing their goal.

What types of projects would you like to work on next?

I hope I will be able to direct more local movies which focus on telling our unique and multiracial stories. Of course, I will also pursue international productions if I have the opportunity. In fact, I hope I will be able to bring back what l learned to help grow our local scene. And I am also open to try out different genres if the story is good. Maybe have movies with mixed genres – like horror mixed comedy or family.