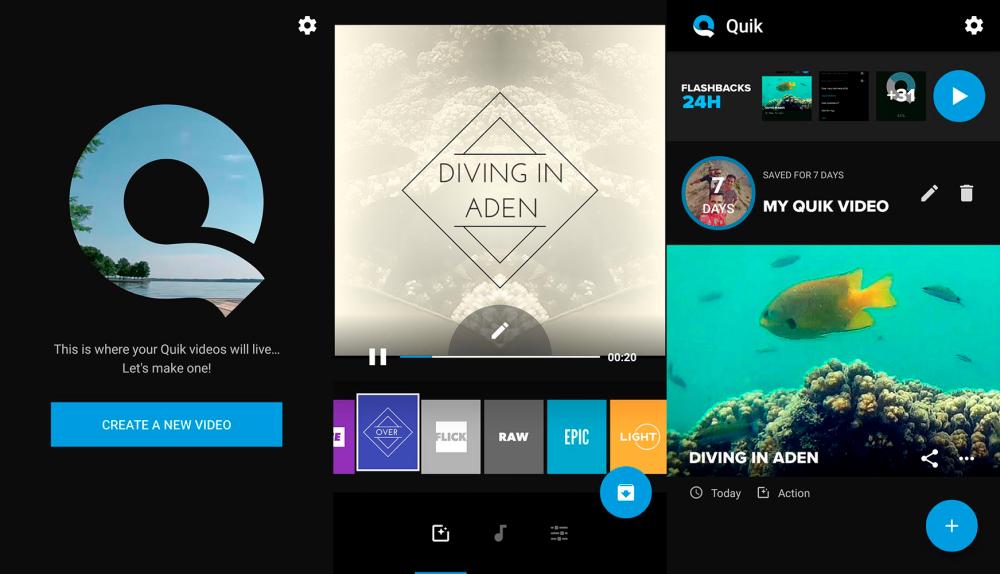 IT’S not impossible to create a nice film from some video footage you already have, even if you don’t have a desktop computer or a laptop nearby. Modern smartphones have the processing power to run advanced video editing programs, enabling you to quickly assemble your recordings into an interesting film.

Let us take you through the top free video editing applications for both Android and iPhone.

One of the top free video editing applications for Android is Quik, which is provided by GoPro. You can quickly make amazing videos with the Quik app. To make impressive and accessible edits, automatically add transitions and effects and apply beat-synchronised themes. Quik allows you to modify the finer aspects while handling the majority of the edits automatically.

Another popular and outstanding Android video editing software is FilmoraGo. It is able to carry out all the basic operations, including trimming, editing, adding themes, music, and many other effects. You may also create reverse videos, videos for social media, transitions, slow motion, text, and more to make your video more attractive. Although some of FilmoraGo’s excellent features can be purchased in-app, the majority of them are free. Either instantly post the results to social media or store them in your gallery first. A watermark appears at the conclusion of videos that were modified using the free version.

The timeline-based video editor CapCut for iPhone and Android features a good selection of editing options, including split, speed, and exposure adjustments. Additionally, it offers several unique features you may not get in other apps, including removing the backdrops. Audio tracks, title text, stickers, overlays, and other features are also included. But CapCut’s ShortCut option is its most intriguing feature. After choosing the clips to use, ShortCut will create a TikTok-compatible video with transitions and effects with only one tap.

Vimeo has responded with its own mobile video editing tool, called Vimeo Create. Utilising templates, stock footage, and graphics from the Vimeo collection, the software enables users to make and modify basic films. The app includes all the features you need to polish your video, including options for adding subtitles, making transitions, and changing the colour scheme. Of course, sharing your film on Vimeo and other social networking sites is quite simple once your work is ready to be uploaded.

More and more people are using cloud-based video editing software, which you can access through a browser rather than downloading directly to your hard disk. WeVideo is one of the applications driving the movement. WeVideo has several cutting-edge features and functionality, such as the ability to modify audio, access a music library with songs that have been granted commercial licenses, and share films in 4K resolution. WeVideo has both free and premium plans and can be purchased for desktop computers as well.

Any novices to mobile video editing will find Splice to be the ideal introduction. This application is ideal if you want to make a highlight video of your day or events. You may easily edit and crop your clips after uploading them and positioning them on the right tracks. Although you can’t edit in 4K, the end effect is footage that is smoother and cleaner. With Splice’s enormous free music and sound effects collection, you can add some musical flare. Drag the appropriate track to the desired location on the timeline by tapping it. You can add transitions, use video effects, and post immediately on social media using Splice.

A typical video editor called KineMaster has been squeezed onto a smartphone screen. The landscape orientation of the display makes it simpler to see the tools on the right, the preview and your video timeline. You may edit, split, slide, reverse, pan, zoom, and mirror your video in addition to adding filters and adjusting the exposure. You receive a full-featured video editor with the capacity to include several video and audio tracks. Although the basic functions are free, subscribing to the commercial edition grants access to a wide collection of materials and eliminates the watermark from the final result. Both Android and the iPhone can use it.