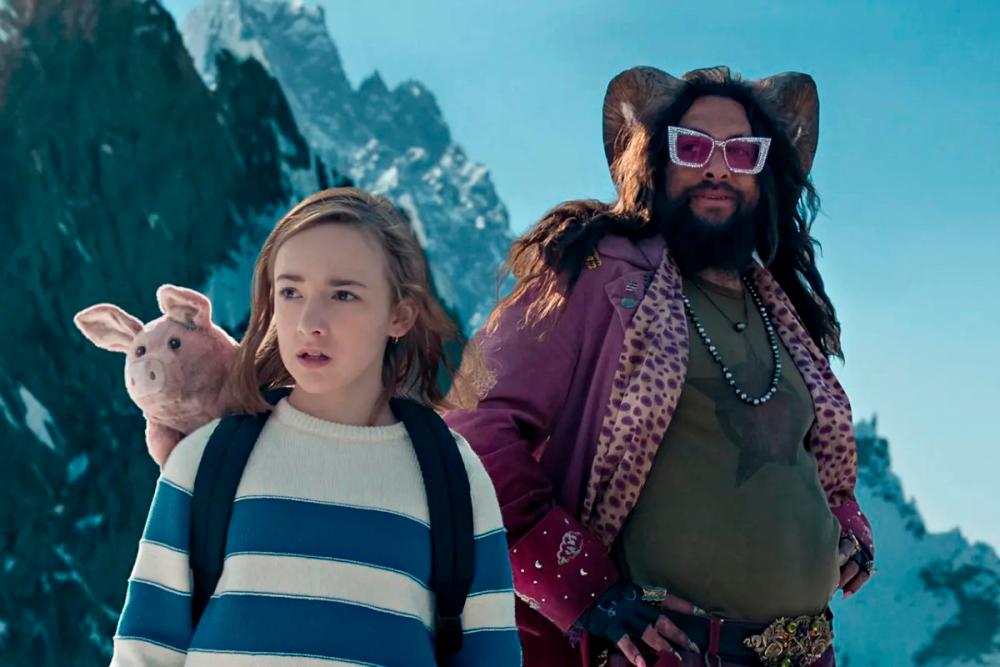 Barkley and Momoa are such captivating leads that they make it worth watching. – NETFLIX

SLUMBERLAND, which was inspired by the enduring Little Nemo in Slumberland comic strips by Winsor McCay, centres on a teenage girl named Nemo (Marlow Barkley), who is forced to live with her uncle after losing her father. Nemo spends her days trying to fit in, but at night she spends her time exploring weird new realms with Flip (Jason Momoa), a partner she never imagined. Using a secret map of Slumberland, Nemo and Flip travel through dreams and avoid dangers as they search for her father.

Slumberland is nearly entirely set in computer-generated settings, yet the action is straightforward, the goals are obvious, and Nemo is always the main emphasis. The main takeaways are about grieving, the use of fiction to dull our suffering, and the necessity of accepting truth in order to move on. However, there is also a discussion of loneliness and how dreams may encourage a lonely existence. It’s commendable of the movie to resist making Uncle Phillip (Chris O’Dowd) into some sort of evil character.

Instead, his storyline is nearly as clear-cut as Nemo’s. Adults, in my opinion, would identify with Phillip, whilst kids would gravitate toward Nemo.

Momoa is entertaining as the cheeky Flip, and despite the surreal nature of his role, he manages to provide a convincing and emotional portrayal. For Momoa, playing Flip is a novel kind of character that will allow him to showcase his more varied skills. Barkley is equally as impressive as his younger partner in this role, and based on the level of her work here, it can be presumed that she will go on to have the acting career that she has always envisioned for herself.

The CGI and scenery are very stunning to look at. The basic idea of the movie is brilliantly captured by the film’s use of constant, beautiful colours, which may put us viewers in a state of wonder and amazement that resembles a dream. Slumberland is more than simply a straightforward action movie. It explores the dread and anguish of losing a loved one as well as adjusting to your new existence. While Slumberland does not offer anything particularly remarkable, it would still be an excellent choice to watch as a family.

Slumberland is now available on Netflix.