It’s the singer, not the song. Lunadira owns the music with her own style 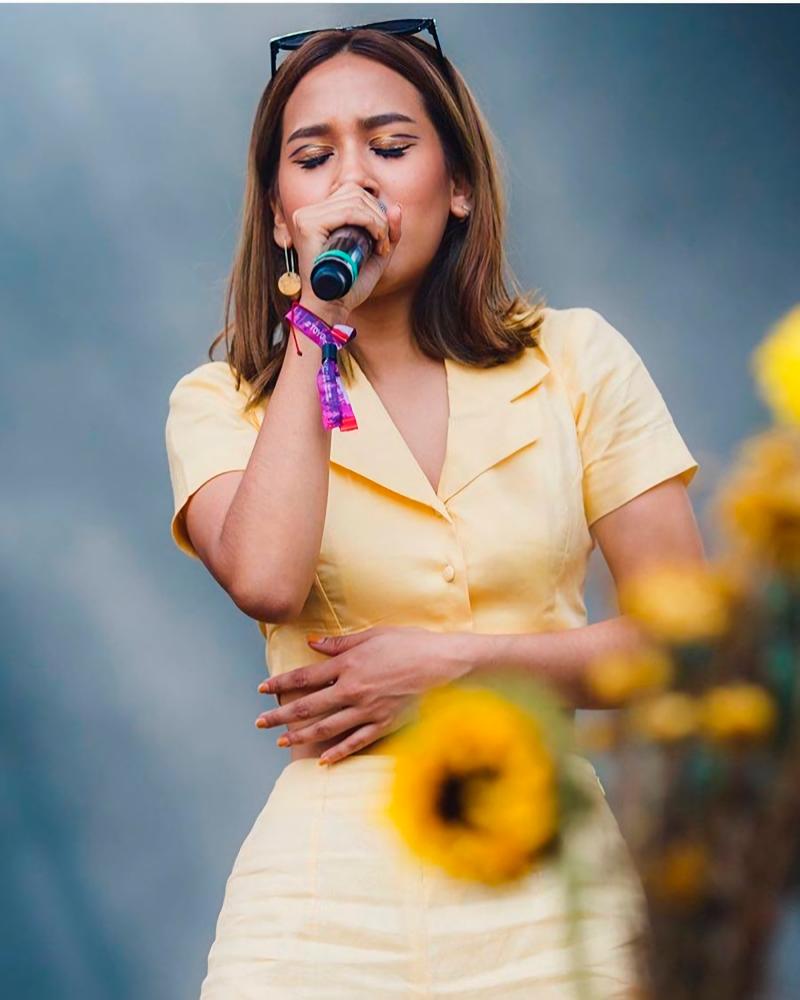 Lunadira during one of her live performances. — PHOTO COURTESY OF ALL IS AMAZING

LUNADIRA has come a long way since her days as a cover singer. The songstress who first found comfort in singing pop songs on Youtube, has now established herself as a local indie darling. In fact, she has taken the local music scene by storm.

Not only has she performed for major festivals like Good Vibes and Urbanscapes, but Lunadira has also secured a massive following online.

Her single, Stuck with you gained over 1.3 million streams on Spotify from over 80 countries. She also has over 33 thousand monthly listeners on the platform. Though her musical journey started during her teens, the songstress only considered turning professional during her early 20s.

“I have always been surrounded by music,” she says. “My parents always encouraged me to participate in extracurricular activities that involved creating or singing something. But I only started doing it properly when I began getting encouragement from my friends.”

Who were some of the musical artistes you grew up listening to?

I was introduced to music through the radio. But I only started liking singers and songwriters when I was in high school. I think at that age, you feel like the whole world is against you. So, I was listening to people like Frank Ocean and Daughter whose songs are very emotional and sad. I also like Maroon 5 but I prefer their older stuff.

What has been the most memorable moment so far in your musical journey?

I have been thinking a lot about the opportunities that I have received especially now during the pandemic. And I feel like I just miss performing. I want to perform again and I want to connect with people again. I feel like that is magical and I feel really lucky that I could have done those things.

Hence why I feel like every performance is a highlight for me. But if I had to pick one, it would the Good Vibes Festival where I got to perform with my friends. That was awesome! Another one would be creating content for companies outside of KL who recommend my music. I feel like that is a big plus as well.

Tell us more about the inspiration behind your latest EP, Tangerine?

Oh lord, a lot of stories but I will just give you the more interesting ones. It was basically about Reddi Rocket’s cat who passed away when we were recording. We kind of named it after the cat Tanji and I feel like we were making statements about the unspoken aspects of a relationship through the songs. Uncomfortable things that you do not want to talk about. It is like peeling layers from a tangerine. You do not know what you are going to get. But most of the time, it is bittersweet.

Speaking of the EP, how did the collaboration with Reddi Rocket happen?

We were always in each other’s circles when I moved to KL. But we only started making music like two years before the EP. And I guess it just came naturally and writing a project together was the next step. I like working with him because as a producer, he understands the language that I speak.

Because I am not a producer myself, so sometimes the way that I describe things is not the correct terminology for music production. But he gets it and understands the assignment. We also share the same music taste.

How was the whole process shooting the EP live visual performance?

It was a little stressful because we were trying to emphasise the fact that the SOPs were followed. Hence, it was a really small team. But usually, with projects like that, I feel that the more people on your crew, the better because you have to run against time. So, everyone was doing everything in time. People were switching positions behind the scenes.

Though it was challenging, I feel like it was worth it because that was the last time, I got to work on something without extra restrictions. I felt like I could create something and enjoy it. Instead of waiting when to create again.

Have you started working on an album?

Right now, music is on a pause. I do have a lot of demos that I need to work on, but for now, I am trying to have a healthy mind before I can start working on music again. I feel like the way that I write; I need to have some kind of substance. And I feel like with not much going on right now it is hard to always consume on your screen, and I feel there is a limitation there.

So, I am just trying to balance out my life, and hopefully find inspiration in the mundane. As for an album, I do think I have some time and I like the idea of EPs now. But the album will come and I will make sure of it. But for now, I am trying to exercise my self-expression in small amounts.