Spotify’s Most Popular K-Pop OSTs of 2021 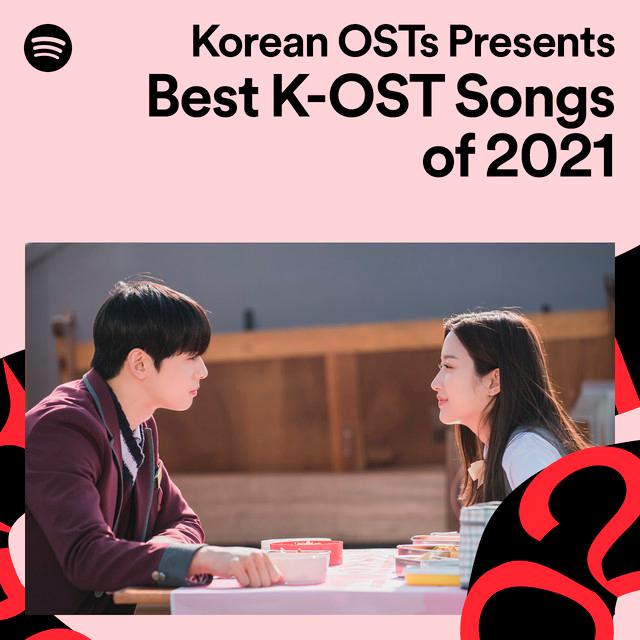 BESIDES great onscreen chemistry between the cast and a well-written script, a successful drama has to have a solid official soundtrack, also known as an OST, as a finishing touch. On Dec 1, Spotify revealed its long awaited “2021 Wrapped” list of the top albums, songs and playlists. The report includes its global year end-end lists of most streamed artists of the year on the platform.

Among the data, the K-pop genre has the most-streamed K-pop artistes and songs of 2021. This year has also been the best for K-pop, as the genre has grown in popularity throughout the world, with more people gaining interest with the genre.

In addition, more K-pop acts have emerged, attracting international interest. So, here are the lists of the top K-Pop OSTs of 2021, based on the data collected by Spotify.

Call Me Maybe was released on 2020 for the South Korean comedy drama True Beauty, an adaption from a comic webtoon, and starred Cha Eun-Woo, a member from a popular Korean boyband Astro, Moon Ga Young and Hwang In-Yeop. The song has over 7.15 million streams on Spotify currently.

9. I am in the mood for dancing by Yuju

True Beauty took another spot in the top 10 with another song in ninth place. Korean girl group GFriend’s Yuju is the voice behind I am in the mood for dancing. It has been streamed about 9.12 million times.

Surprise, surprise!A third track from True Beauty made it to the list, this time Love So Fine, which is sung by the series lead Cha Eun-woo. It currently has 9.35 million streams on Spotify.

This track was released in 2019 for the Korean melodrama Crash Landing on You. The series popularity is owed largely to the chemistry between its two beautiful leads, Lee Hyun Bin and Son Ye-Jin, and the track has 34.6 million streams on Spotify currently.

Always was released in 2016 for the drama Descendants of The Sun. The Korean drama starring Song Joong Ki and Song Hye Kyo made headlines almost every day for its cast and it’s OSTs as have been sweeping all Korean music charts. It currently has 55.6 million streams on Spotify.

Aloha was released in 2020 for the hit medical drama Hospital Playlist, which even caught the attention of Netflix. This track, sung by series lead Cho Jungseok, has 21.6 million streams.

Starlight was released in 2021 for True Beauty making this the fourth song from the same series that made it to the Top 10, with 13.0 million streams.

3. I am missing you by Sunjae

Yet another track from True Beauty, this one is sung by Sunjae, and is about expressing the love in a woman’s heart. Currently on Spotify, it has 19.1 million streams.

It’s definitely you from the 2016 season of the drama Hwarang. The track features refreshing vocal performances by V and Jin of BTS, and was even nominated as “Best OST” at Melon Music Awards 2017, and it has 81.8 million streams on Spotify.