Abang Long Fadil 3 is packed with action and hilarious comedy 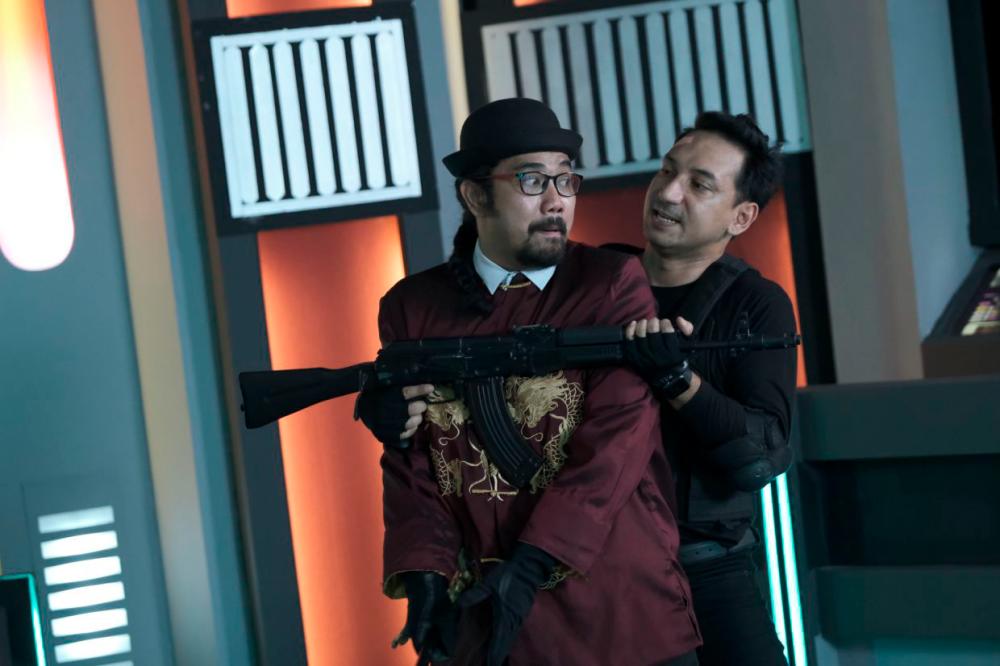 IT’S always been great to see Johan Raja Lawak and Zizan Razak – known collectively as ‘Jozan’ – back on screen, as these two well-known comedians team up in the action-packed and star-studded Abang Long Fadil 3 after five years apart

This time, they are not portraying best buddies as usual. In fact, they play sworn enemies, and that is what makes it hilarious.

This film tells the story of Fadil’s (Zizan) return with a new, high-profile mission to bring down Chow Han’s (Johan) evil conspiracy, while also being pursued by his long-time enemy, King Cobra (Datuk AC Mizal), who is seeking revenge.

Since the franchise kicked off with Abang Long Fadil in 2014 and its sequel Abang Long Fadil 2 in 2017, this long-awaited instalment seems to have been significantly improved in terms of plot, action, and humour. It is also considerably more entertaining.

Despite being the first local action-comedy to be screened in cinemas after two years, the film received an overwhelming response from audiences. This can be seen widely across social media platforms, with the majority giving positive feedback.

The main reason for this is the strong pairing of two individuals who are known as excellent and famous comedians, namely ‘Jozan’. The synchronicity that has long existed between them shines as they assist each other in reinforcing the characters they hold, which helps endear them to all viewers, especially their long-time fans.

On the other hand, the movie also highlights the strength of the women in its cast. Maya Karin and Elizabeth Tan’s presence in the film easily amazes and surprises the audience, as each of them portrays a tough and powerful woman in their own unique way.

Plot-wise, the film is about spies and is somewhat similar to a James Bond-style film, but with a touch of humour. There is nothing wrong with the action and thrills, but the fact that this film has so many plot twists sometimes makes it look strange and confusing.

The movie, on the whole, was quite entertaining to view with family and friends, and there is no question that it is the type of film that should be watched while laughing out loud in a theatre.