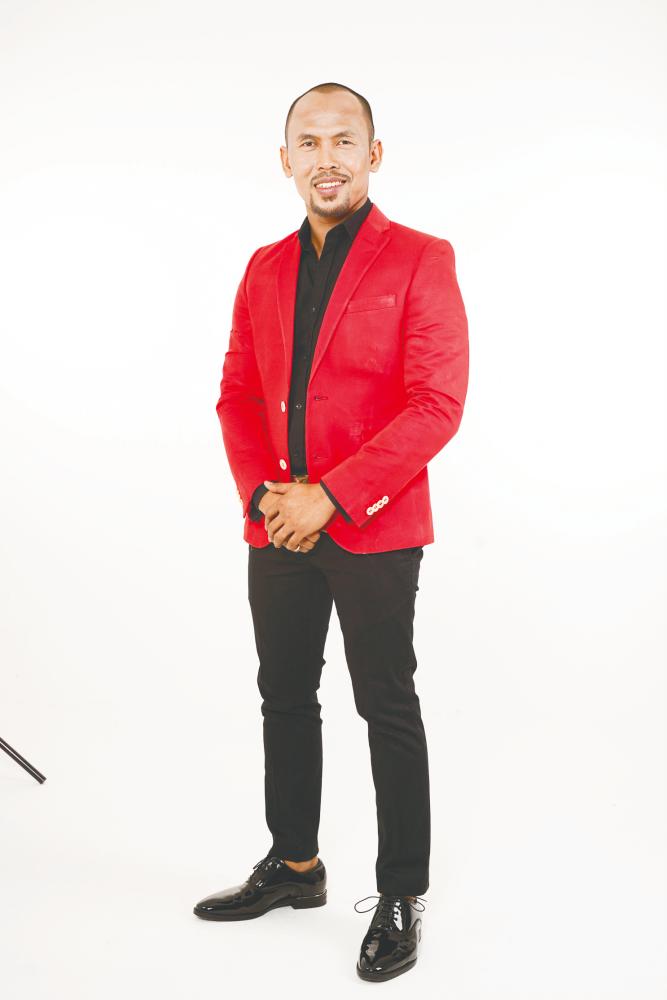 He shot to fame when he won Raja Lawak Musim 3 with the group Sepah. – Courtesy of Shuib Sepahtu

For every comedian, there is always a struggle, before reaching the pinnacle of success. Ironically, comedians make the world laugh at their jokes but they are just like every other human, and also experience hardships in life.

“I did not come from a rich family. I was the only child. I come from a kampung, and I worked for manufacturing companies. My car was towed away many times,” said Shuib, reminiscing about his life, 10 years ago.

Shuib, whose real name is Shahmira Muhamad, once worked for several manufacturing companies producing electronics, tissue and wood, and earned about RM1,200 every month.

“It was a difficult phase in my life and a good experience for me,” reflected Shuib, who has a very down-to-earth personality.

His life changed after he participated in the local comedy show and walked away with the champion title (as part of the group Sepah) along with his share of the prize money.

After his win, Shuib decided to dabble in business.

“I used to have a coffee business, Kopi Shuib, but it was not successful. I had to throw away thousands of boxes of coffee, after [they expired],” he said.

“People then condemned me for not having a successful business.

“But my wife believed in me. Then, one by one, my businesses started to do well and people ‘opened up their eyes’ (started to believe).”

“Actually, success without having to go through failure is nothing. Success which comes after failure is most valuable. You have to learn from your mistakes.”

Now, Shuib has a variety of businesses such as the Bee Factory, which produces honey products, a bubble tea outlet named Bubble Bee in Shah Alam, and several others. Shuib also has plans to open at least 10 more bubble tea outlets.

Throughout his life, Shuib always had the support of both his mother and his wife, popular singer Siti Sarah Raisuddin.

“I appreciate my mother a lot. She always keeps me in her prayers and always supports me. My wife is a very good singer and she trusts me in everything I do. She would say ‘Do it, I support you’,” he said. “That is what I like about my wife.”

Shuib and Siti Sarah married on Feb 26, 2011 and have three children.

Family is very important for Shuib. “If I don’t have anything else in the world and if I only have my family, that is enough for me. Family is the best support.”

Recently, Shuib celebrated his anniversary by treating his wife to her favourite ice-cream at his bubble tea outlet, and even treated all his customers to free ice-cream as well.

Speaking about being a comedian, Shuib said that he is as normal as anyone else. “I am a normal person (just like others). I [feel sadness], anger, fear and shame just like other people.”

Asked what kind of struggles he goes through, Shuib said that sometimes he feels a need to control his emotions in certain situations.

He said some people would demand that he tells a joke or “be funny” on the spot. At times, it would not be the right situation, but he has to find ways to overcome the challenge.

“I am always a professional. If bad things happen, I will push it to the side,” he said.

Shuib, who is also a DJ at a local radio station, also offered words of advice to his fellow comedians, DJs and celebrities.

“Don’t rely on the entertainment industry, we have to be smart to get into business. Just do it, then think about it. If you plan to ‘think’ first and only then ‘do’, you will end up never doing anything. So, just do it,” said Shuib.

3.Annuar to discuss issues on arts industry through Twitter Spaces this Friday

4.Messi to miss PSG trip to Metz due to bruised knee