From streets to screens 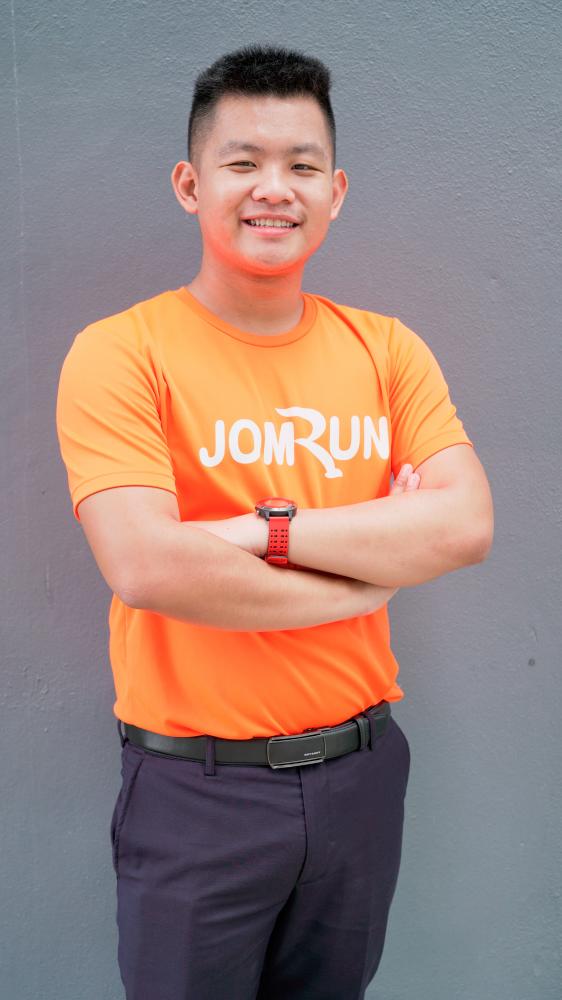 AS a student in the United Kingdom, Chang Yi Hern joined marathons. When he graduated, it was natural for him to combine what he had learned with what he relished doing. The result is JomRun.

“The app started three years ago as a sort of reward programme for active people. The more you do sport and fitness activities, the more points you get. The points can then be turned into vouchers and gifts,” said Chang.

Of course, the idea of the app is to encourage more people to be active.

“There are three types of people who join runs. I was a competitive runner, I was passionate about running. There are a lot of people who are in it just for the entitlements, the t-shirts and medals. However, almost everyone joins runs for the social aspect, the atmosphere, and the positivity,” said Chang.

He developed JomRun while doing his degree. It drew many investors and became a real business.

As time passed, the JomRun app changed, and so did Chang. He no longer runs as much as he used to.

“Now I go to a running event to keep fit, not to compete, it is a different ball game. Although JomRun started as a rewards app for runners, the business model was not working well for us, so it became a runner ticketing app,” said Chang.

Believing that the next big thing in app development is the super app, he and his team turned the JomRun app into the one-stop app for runners, where they keep up with the latest running events and even sign up.

“After we transitioned to a ticketing system, we added a lot of special features in our system. One of it is IPix where runners can look for their photos that the organisers took after they finish the race,” said Chang.

“Since March, all the sports and mass participation events have been cancelled or postponed until at least 2022. Even when these running events can come back, I believe they would be on a smaller scale.

“However, we do see more people getting interested in virtual runs. We focus on the Southeast Asian market which includes Malaysia, Indonesia, Singapore, and Brunei. We are also looking into expanding into Cambodia,” said Chang.

JomRun has also expanded into e-commerce early this year.

As for the future of JomRun, Chang said that it will still expand regionally, because of their niche market which is sports. The target audience is smaller compared to others.

“It takes time to convert those who are not active to get into sports. So our aim now is to bring the JomRun name into other developing countries such as Thailand and Vietnam,” said Chang.

He also sees that virtual running events are pivoting towards encouraging participants to accumulate the acquired distance to complete over time. This encourages more participants to join and to stay active constantly.

“Let’s say you joined a half marathon ... you no longer need to complete the whole thing in one go. It is similar to accumulating your steps. And trust me, it is easy to accumulate your steps this way.

“Every day you walk here and there you get a couple of km already. It encourages people not only to join, but to stay active,” said Chang.

He added that he and his team are planning to bring back the rewards programme to their app in the spirit of encouraging more people to stay active during the pandemic.