Building on his understanding of healthcare providers’ needs, Alvin Yuan and his partner developed HealthMetrics 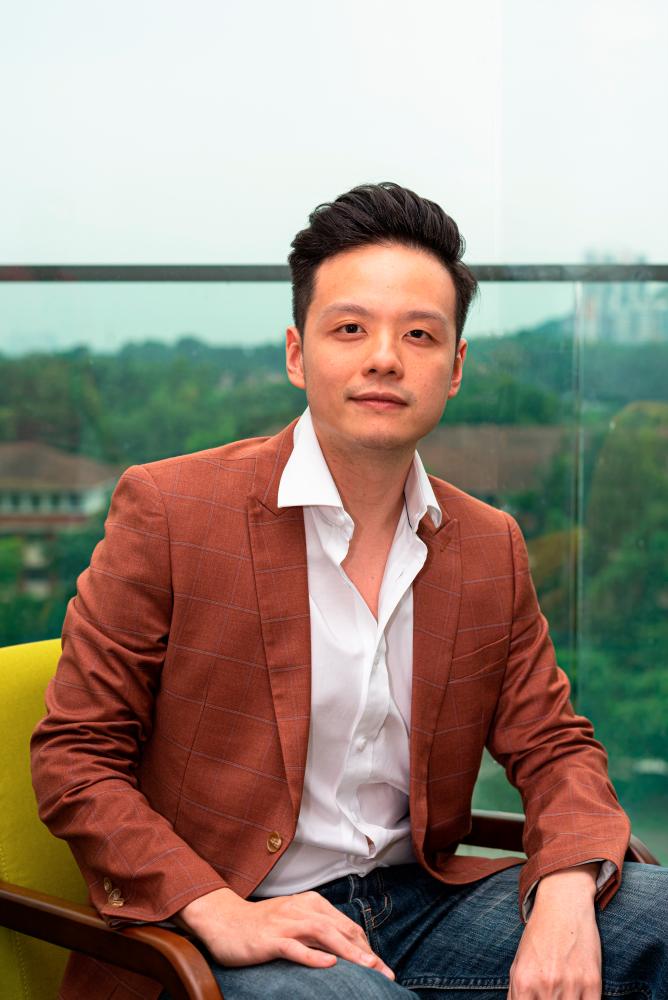 HE went abroad to study to become a pharmacist. However, when he came back he saw that there was a bigger need in the healthcare industry, so Alvin Yuan and his friend started HealthMetrics.

“Growing up as an Asian kid, a lot of things are predetermined. I have an interest in science and after graduating Form Five, few paths made sense to me. I chose what seemed to me as the practical path at the time, and studied to become a pharmacist.

“I studied in the UK, but I never practised. When I graduated, I found that the role of pharmacists in Malaysia was not as developed as in other countries.

“The experience itself, I feel is great, knowing how the system is different between where I studied and how it is here.

“Every country has its own healthcare issues. That got me interested in pursuing what changes can be done to fix the system. So I decided to pursue another career, one where medical training and knowledge in healthcare would be helpful,” said Yuan.

He began by joining his family business, which has to do with insurance and claims. While there he built a network of healthcare providers, learned marketing, and honed his people skills.

As he talked to more and more people in the healthcare industry, he realised that the same issues kept popping up. This was the beginning of HealthMetrics.

“I had an idea for a solution, and one day I had a conversation with a friend. I explained to him the issues that the healthcare industry and human resources faced. Although the issue was common, no one has addressed it.

“He found the topic interesting. I convinced him that I could get us clients if they can develop a solution. That was five years ago. He is now the CTO of HealthMetrics, handling the technical side, while I handle the business side,” said Yuan.

“It began as a tool for human resource and healthcare providers to keep track of out-patients. As time passed, more features were added such as managing specialists and their entire portfolio including dental, optical, in-patient, and insurance as well.

“Now it is known as software as a service. This platform is given to companies to manage their employees’ healthcare benefits. We connect them directly to health care providers. This helps them to save costs and ensure that their healthcare benefits are optimised,” said Yuan.

Here is an example of how it works. The platform is used by both the HR department and the healthcare provider. Whenever an employee falls sick, they would go to a clinic that is part of the HealthMetrics system.

The healthcare provider would go to the cloud platform and enter all relevant information, and their claims will be sent to the companies in real-time. It is all seamless.

“So the companies will know straight away if the person is on medical leave, when this person went to the clinic and how much it costs. We also help consolidate the bills from multiple clinics as well,” said Yuan.

For the past five years, HealthMetrics has received a lot of support and investment. Currently, it is still focused on the Malaysian market, refining its features, and addressing its biggest issue, getting people to understand what it is.

“It is not a tool for tracking workers. It is beneficial for them. But our focus is the enterprise. Because the data is stored in the cloud, we could also do analytics on it. And this is invaluable.

“Take for example a factory. One day there may be an uptick of workers with digestive problems. We can see that pattern and the factory can initiate its own investigation. Maybe its the cafeteria, or maybe the issue is with a food vendor,” said Yuan.