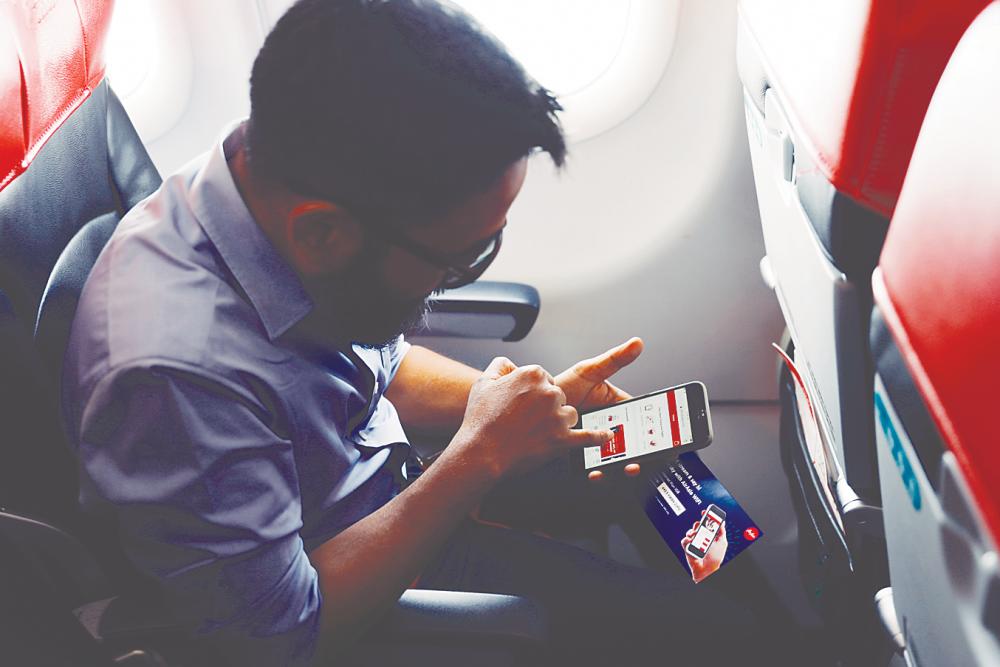 AirAsia and Rokki’s e-commerce platform provides sellers with access to a network that aids selling and shipping products.

DURING the recent media experiential flight event, AirAsia Malaysia CEO Riad Asmat also announced that the airline is looking at expanding the e-commerce aspect of its inflight WiFi service Rokki.

The operation involves finding traders and merchants who want to come onboard the Rokki platform, so that AirAsia passengers will not only enjoy content and internet, but can also purchase products and have them delivered to their homes through the Rokki portal.

Riad said AirAsia is opening doors and opportunities for people who want to sell on its e-commerce platform, with some limitations but with full support from AirAsia.

He said there is enough data from statistics to show that people actually purchase items while on a flight.

“If you’re in an aircraft for two to three hours, apart from the [physical] buying of merchandise, [you] now have an opportunity to browse the e-commerce aspect of Rokki.”

Riad also said the e-commerce shop is not a standalone in the aircraft, explaining that it can be used even at home.

“Utilisation of our network will be through our other subsidiaries that would cater to the needs of moving products from point A to point B.

“We’re giving a full suite of solutions for someone to have accessibility to the Asean region or even the world.”

The degree of investment AirAsia is putting into technology, digitisation and more shows its readiness to face the future and be more than just an airline.