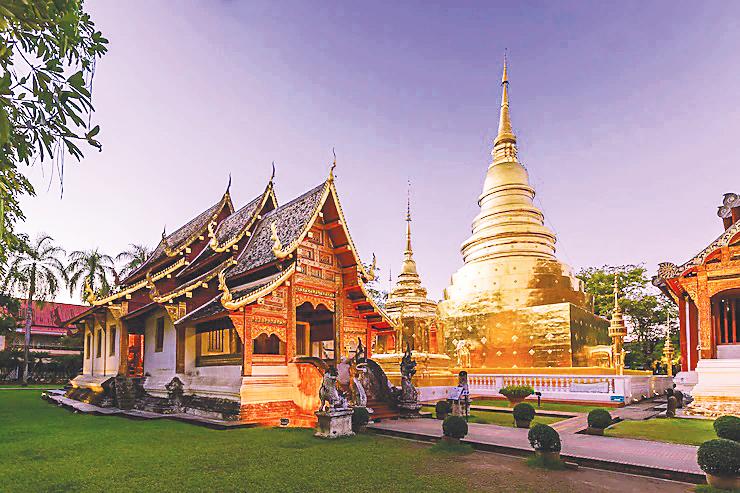 THOUGH certain things remain in slight flux due to the ongoing Covid situation, neighbouring Thailand has more or less opened its doors to travellers from Malaysia and the rest of the world.

Currently, fully vaccinated foreign tourists to Thailand will receive instant approval after submitting the required documents for a No Quarantine Thailand Pass to visit the country, while partially vaccinated or unvaccinated travellers no longer need mandatory quarantine.

According to a government spokesperson, citing a Tourism Authority of Thailand’s projection, tourists are expected to spend between 630 billion baht (over RM76 billion) and 1.2 trillion baht this year.

Taking into consideration the decriminalisation of a certain medicinal compound that was previously banned in the country since the 1930s, and being the first Asian country to do so, Thai tourism has an added “allure” to it on top of existing allures that consistently drew tourism there pre-pandemic.

LYFE has compiled some of the places to potentially visit for the upcoming holiday season towards the end of the year.

Situated in the mountainous region of north Thailand, Chiang Mai is an old city that was once the capital of the now dead Lanna Kingdom. Being a rather old city, Chiang Mai is different from the more upbeat, urban parts of Thailand.

Despite how labyrinthine it appears at first glance, its easy to navigate.

There are two tribes living in Chiang Mai’s surrounding mountains whom tourists are known to visit for a cultural experience; the Karen hill tribe and Hmong tribe.

In order reach their villages, visitors will have to pass through gushing waterfalls.

The second place on the list that is close to nature, Ratchaburi is a province known for its natural beauty and also its famous Damneon Saduak floating market.

Ratchaburi also has the unique Khao Wang, which is a white palace that lies atop a green hill.

Other attractions include the Bo Khlong hot springs, Khao Chon terraced waterfall and a number of the province’s mountains and caves.

Just like Chiang Mai and Ratchaburi, Ko Chang island appeals to nature lovers with its mountain peaks and challenging hiking trails, as well as the serene beauty of the ocean,as it is one of the largest islands in Thailand.

All along the coast, beaches and towns beckon backpackers, with diving and snorkelling in the crystal clear waters being a major activity for tourists.

Being an island, the only means of travelling to Ko Chang is via ferry. Buses from Bangkok and Pattaya carrying visitors would congregate on the piers just in time for the ferry service to transport them to the island.

For history and movie buffs, there is Kanchanaburi, which is the site of the infamous Death Railway that crosses the Khwae Yai River.

Equally as infamous as the Death Railway is the Hellfire Pass, another railway line that cuts across it, which is now a museum.

Visitors come from all over the world to these sites of horrific World War II atrocities to pay respects to those who died building them. In Hellfire Pass, visitors leave a flag of their country of origin,with many coming from Australia or Britain.

Out of everywhere in Thailand (aside from maybe Bangkok), Koh Phangan is where travellers want to be for wild parties.

Every month, the island hosts the all-night Full Moon Party, which draws countless backpackers and revellers. If you can time your visit to Koh Phangan just right, especially around the New Year, you will soon understand why these parties are infamous.

Other than the parties, the island has extra draws such as Leela Beach, Haad Yuan Beach, Phaeng Noi Waterfall.

The beaches are known for their white sand and turqoise water, but also because world-class scuba diving can be done here, and visitors can get certified too if they want.

Koh Phangan also has an excellent marketplace in the Thong Sala night market, which has amazing street sea food, and other local cuisines. US expands deportation relief to 264,000 Haitians

1.PM to Muhyiddin: Don’t challenge me