The softer side of Siti Kasim

She is known as an outspoken lawyer and fierce activist in the public’s eye but privately, she is a mother who loves and is loved by her child 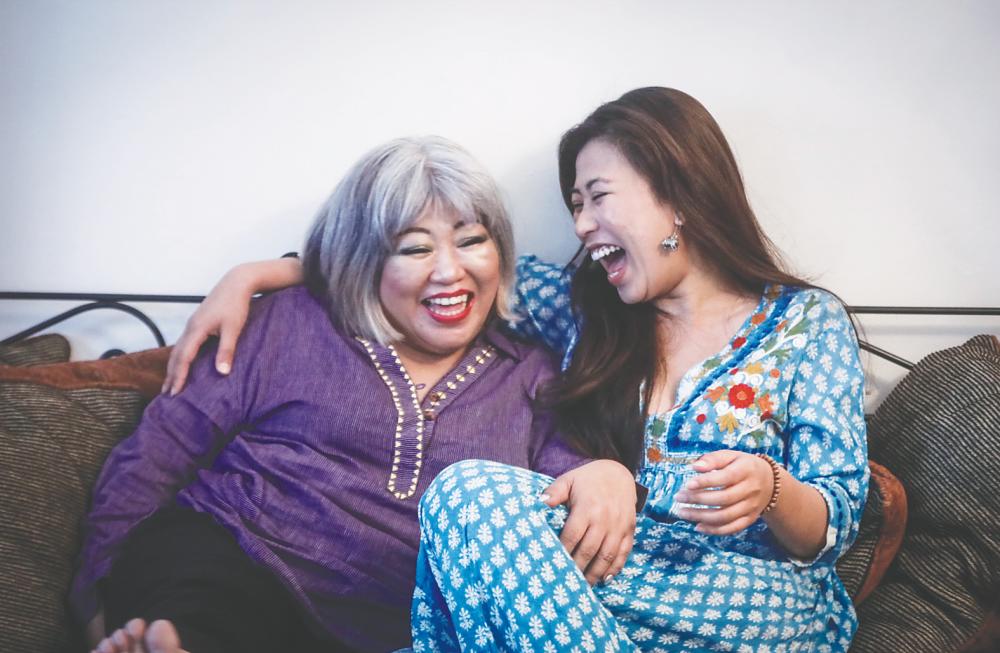 OUTSPOKEN, fearless, controversial – flamboyant lawyer and activist Siti Kasim has been called all these and more.

The 56-year-old has been relentless in her mission to be an advocate for the oppressed – the transgender, and Orang Asli communities – as well as speaking out on issues which she feels strongly about, such as child marriage.

But her boldness comes at a price: some love her advocacy, while others detest her. She has been labelled an apostate for her stand on certain Syariah laws, and has even received death threats.

But Siti remains unperturbed and unafraid. She intends to soldier on.

However, not many know that this fierce ‘warrior’ has a softer side – that of a mother.

And in honour of Mother’s Day this Sunday, we sat down with Siti and her daughter, Yuli Yuslizar, to talk about motherhood and what that means in their lives.

Yuli, 28, says she loves her mother the way she is, and has no desire to change her. But she would like to change how the world reacts to her mother.

“She is fighting for female empowerment, and the rights of indigenous people. She is not saying anything wrong. Some of them could not understand her real message.”

Yuli admits that she worries for her mother’s safety.

“When she does not come back at midnight, I will text her immediately to ask where she is,” Yuli says. “I would love to hire some bodyguards for my mother.

“There are times I have asked her to tone down her views, but we always end up quarrelling. Sometimes, I [act] like [I am the] mother (laughs).”

She usually avoids reading all the nasty comments against her mother on social media. But there was one that upset her immensely. The commentator had asked who would bury Siti when she is dead.

Yuli says: “The commentator assumes no one cares for my mother, and he is wrong. A lot of people care for my mother. That comment is uncalled for.”

She adds that most people have the impression that her mother is a fearless activist, but there is a side to Siti which many people do not see: “She is soft-hearted, and can be very romantic.”

Meanwhile, Siti herself says of her only child: “She is the love of my life.”

She remembers a terrifying incident many years ago when Yuli, who was about five years old, had fallen into a pond and was in danger of drowning.

“I was screaming my head off,” Siti recalled. In the end, she manged to calm herself and drag her daughter out of the pond.

“I smacked her first before I changed her out of her wet clothes,” she says, adding that from that moment, she always can relate to parents who have lost their children, “because I almost lost mine”.

Siti spent 17 years in the United Kingdom, where Yuli was born, before returning to Kuala Lumpur for good in 2004.

When Yuli was still quite young, Siti and her husband divorced. However, Siti says she has never poisoned Yuli’s mind against her father, and even made sure both father and daughter have a warm relationship.

She admits there were times when she struggled as a single mother, especially one time when Yuli fell deliriously ill with a fever while they were still living in UK.

“I was worried for her,” she says. “I had to rush her to the hospital in a taxi. That was when I wished I had somebody with me, to share my worries.”

Despite having a strong opinion on many issues, the last thing Siti wants to do is impose her beliefs on her daughter. “I want my daughter to think for herself, without any influence from me,” she says.

Siti wants Yuli to explore life on her own accord and to find her own voice. The only thing that she wants for her daughter is for her to be a good, kind person who respects others.

“I am proud to say that she has turned out to be a lovely daughter,” she declares. “She is compassionate, and has a good heart. She is everything I could ever wish for in a daughter.”

Siti also reminisces about her own mother, Melah Bakar, who passed away in 2002 at the age of 68.

“My mother only studied till standard three,” she says. “The Japanese had invaded the country then and her education was interrupted. But she could read.

“She was so brilliant that she started her own business selling kain batik. When she died, I discovered she had left a few hundred thousand ringgit in her bank account.”

Her mother was the disciplinarian in the family, never hesitating to whack her children when they were naughty.

But Siti also recalls some tender moments where she sat on the verandah with her mum, chatting and holding each other.

“When I was older, I would still sleep on my mother’s lap,” she says. “Kids should know [that even] when you discipline them, you still love them.”

While Siti is known for her unconventional nature, one wonders if she has ever made any ‘traditional’ requests of her daughter, such as rushing her to get married and providing her with grandchildren.

Yuli says with a laugh: “My mother is not the type of mother who would force me to give her grandchildren. In fact, she wants me to travel and see the world. She wants me to broaden my horizons.”

When asked what lessons from her mother she will pass to her future children, Yuli says: “My mother has taught me to think critically. She always told me that I must never be afraid to ask questions.

“I would like to pass this knowledge to my children.”

Food traders allowed to increase prices but no profiteering

4.PM’s explanation on floods in S’gor for all parties to improve

5.Food traders allowed to increase prices but no profiteering