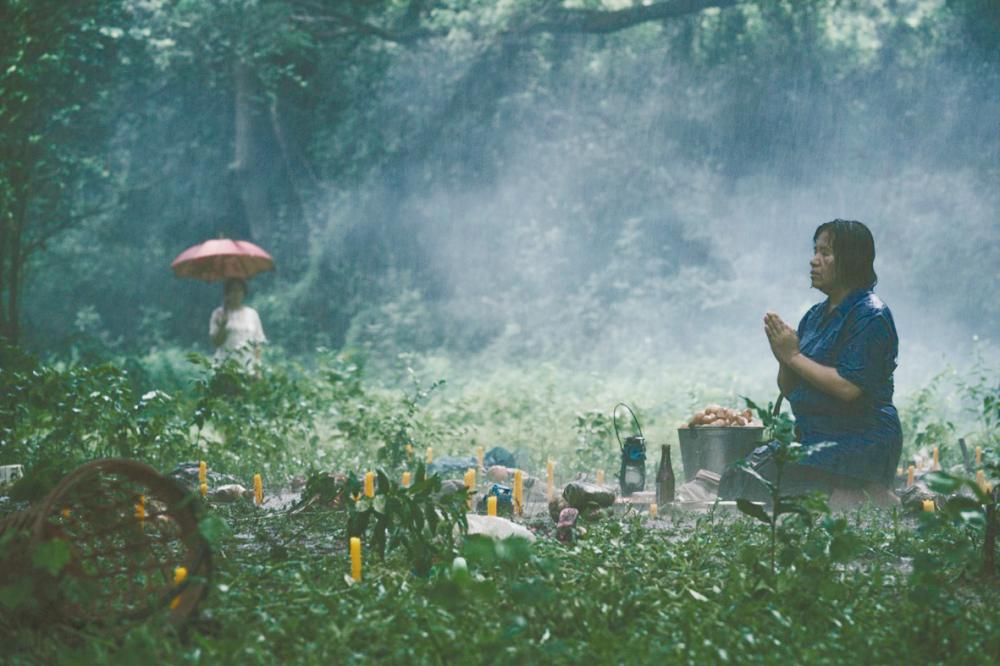 I HAVE always been a proponent of excavating the numerous labyrinthine caverns of Asian culture and supernatural beliefs when it comes to filmmaking, because simply put, what we have here in the many corners of the continent is far more interesting than what Hollywood periodically pumps out like fast food on a factory conveyor belt.

It stands uncontested that our forests are more terrifying than the decrepit haunted houses in white suburbia.

As such, The Medium was a joy to watch because, unlike most modern horror films, director Banjong Pisanthanakun’s film departs regular Western horror filmmaking conventions to introduce a somewhat unique Asian horror film that draws upon Thailand’s rich folklore.

Told in a documentary style, The Medium conveys the story of the medium, Nim (Sawanee Utoomma) who is believed to be possessed by a benevolent local deity called Bayan.

This possession is said to give Nim the ability to help locals who might be facing supernatural troubles and sickness.

All told at the beginning of the film, Bayan is a deity that has been possessing only the women in Nim’s ancestral line for decades, with a replacement from the subsequent generation being chosen as she comes of age.

The narrative (and horror) picks up when Nim’s niece, Mink (Narilya Gulmongkolpech) is supposedly chosen by Bayan to be the deity’s next vessel. To reveal anything further would spoil the film.

This might or might not be unique depending on how many films you’ve watched, but if you’ve seen South Korea’s The Wailing from 2016, this film might sound similar.

The similarities might be due to how The Medium was co-written and produced by Na Hong-jin, the director and writer of The Wailing.

Thankfully, while this film is long (2 hours and 10 minutes), it barely scratches the surface of The Wailing’s absurd runtime of 2 hours and 36 minutes.

Despite sharing the same genetic structure, The Medium is still able to distinguish itself, particularly in its visuals and lush cinematography.

Director of photography Naruphol Chokanapitak outdid himself, whether it was the sweeping landscape shots, intimate close-ups or even the lighting during the film’s ritualistic climax.

The film’s mockumentary format is largely inconsequential. At the end of the film, it doesn’t really matter if the film was told from a documentary standpoint or a normal narrative format.

However, on the other side of this negative, is how by the end of The Medium, there are at least six different cameras being used to mimic the Blair Witch found-footage format.

Found footage horror is mostly terrible, but due to how crazy the film’s climax becomes, having multiple cameramen run around fits it snugly.

Speaking of the climax, or the final sequence in the film, The Medium goes full gonzo, as Pisanthanakun releases the reins completely for maximum narrative and visual lunacy.

Throughout the film’s running time, The Medium effectively builds up to this moment of reckless abandon. It perfectly utilises the creative bravery and liberty that Pisanthanakun spent so much time developing and having the audience form an empathetic connection with the characters, before he punishes them with complete malice.

As mentioned earlier in this review, the film has no need for callous use of jump scares and booming, sudden sounds, because it’s a film that slowly gets under your skin, before finally, it reaches the bones and tendons beneath, ripping it out.

There was only one other horror film in recent memory that does the same; James Wan’s Malignant, which goes also off the rails with the plot twist towards the end of the film.

The Medium is not without its flaws, but it’s worth a watch to experience a horror film that is set so close to our home, and one that simply doesn’t care about dumbing down what makes horror, well, horror.