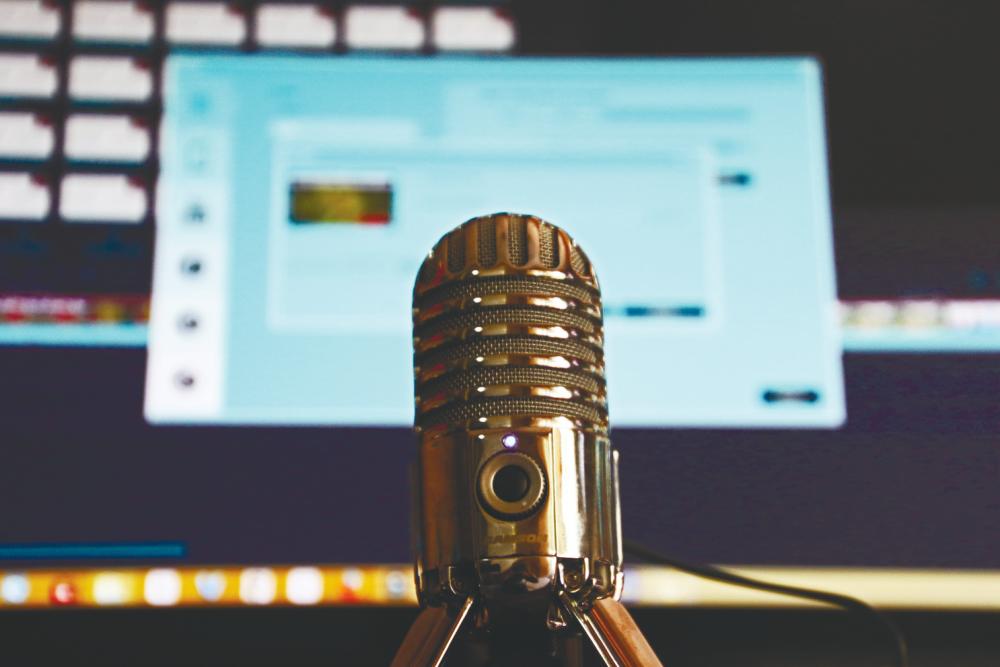 AFTER YouTube became a thing that content creators could make money from, many young people started to gravitate toward a career that allowed them to express their creativity freely, and work on their own terms.
Naturally, this included podcasting, where many people who dreamt of having a talk-show could finally have their own show in a podcast format. Even if it was not for career purposes, it was a from of creativity and expression.

The start of the trend was nerve wracking, as for many people, especially in the age of cancel-culture, speaking your thoughts freely is not something most would choose to do.

I Googled, “how to start a podcast”, and the Anchor app came up. It seemed pretty easy enough, just record in a quiet room and the app will sort everything out for you when you decide to publish.

Previously, making a podcast was an obscure method of spreading audio information, but now it has become a recognised medium for distributing audio content, whether for corporate or personal use.

Podcasts are similar to radio programmes in their form, but they exist as audio files that can be played at the listener’s convenience, anytime and anywhere.

The next thing is to think of your topic and content. Podcasts topics can be anything from your business, your grandma’s recipes, to even ghost stories, as long as it’s something you’re excited to research and regularly discuss. Formats for podcasts can be solo, co-hosted, or even as a form of storytelling.

Now that you have an idea of what you want your podcast to be, you might worry that you don’t have good enough equipment.

The truth is, you can just start by using your phone’s microphone, or even your earphones’ mic.

Once you get the hang of it and find yourself wanting to improve on the craft, there are tons of tutorials and suggestions on the internet for audio editing and equipment upgrade.

The Anchor app provides free music and sound effects that allows users to include them easily and users can even add voice messages from their listeners.

Currently, Anchor’s monetisation feature isn’t available for Malaysia just yet, but that was the same with YouTube in the past.

It was only when there were enough creators that AdSense came along and it became monetised.

Eventually, the future might reward you for it with recognition if you keep doing it well.

Besides that, podcasters can always start a Patreon, which is similar to the way artists of the Renaissance Era were paid by patrons for their creativity.

Since Anchor takes care of the distribution for you, your podcast will be available on platforms such as Apple Podcasts, Google Podcasts, Overcast, Spotify, and Stitcher.

After recording your podcast and filling in the titles and description for the metadata, the rest is history. As long as people search for keywords in your metatag, it will pop up for them.

When I was in my final year of university in August 2020, that meant that I had more free time on my hands.

Just like many creatives during the peak of the pandemic with nothing to do, the restrictions have actually encouraged more creativity.

The time of nothingness spurred the urge to create, and in the time of social distancing, I craved for a connection and the idea of starting a podcast crept up again.

Earlier that year, I had an initial podcast idea where every episode had a theme, and that I would invite strangers or even old acquaintances to be guests to speak on it.

Even though I had three fully scripted episodes ready, the first episode didn’t feel right and felt too scripted.

In the end, I binned the idea and left it at that. After a few months, I decided to try again. This time, without any co-hosts or guests.

I talked about things I was currently struggling with, even about how my first podcast failed.

I talk about things like mediocrity and perfectionism, and the fear of being vulnerable. It was just a way to talk about my feelings and share it with a stranger.

Most times, it teaches me a lesson about myself and I learn to accept things about me, sort of like journaling.

I chose the title Our Sim Experiences because I used to play The Sims a lot when I was younger and I always noticed how life is a lot like a simulation game as I grew up. It felt that despite our differences, we really are all the same, human.

I never knew how people from all around the world found out about my podcast and listened to what I had to say, but it does feel good.

One of my favourites is the Pulitzer-winning podcast called This American Life hosted by Ira Glass. It’s a weekly public radio programme where they choose a theme and put together different kinds of stories based on that theme.

Having that podcast during my toughest times gave me a sense of connection when I listened to their stories and it always manages to make me smile.

I suppose that’s the appeal of podcasts for me, because hearing someone going through something similar allows me to feel a sense of connection with another person again.