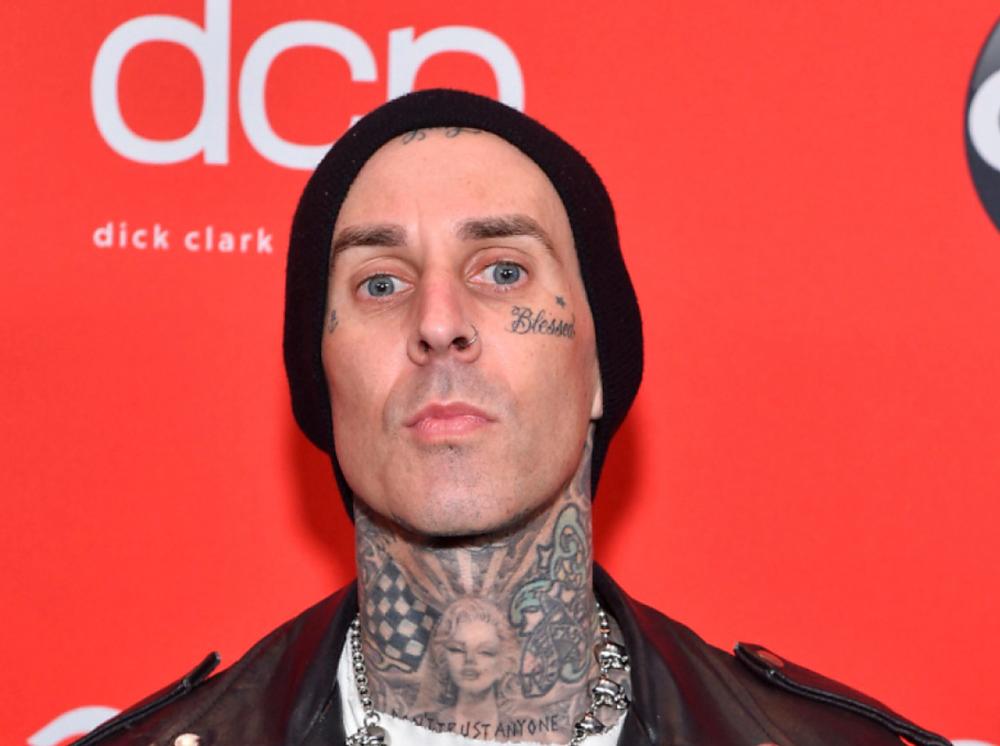 Fans are worried for the health of the Blink-182 drummer. – AFP

ON Tuesday, a photo obtained by TMZ showed Travis Barker, the drummer for Blink-182, being transported to Cedars-Sinai Medical Center in Los Angeles on a stretcher, accompanied by his wife Kourtney Kardashian.

While the reason for Barker’s hospitalisation remains a mystery at press time, a tweet from the founder of Barker Wellness earlier in the day said: “God help me”, sparking worry among fans.

However, some Twitter users pointed out that his tweet matches the name of a song by Barker’s good friend, Machine Gun Kelly.

An Instagram Story posted by the drummer’s 16-year-old daughter Alabama, a few hours following her father’s hospitalisaion requested fans to send their “prayers”.

Last month, Barker and Kardashian tied the knot in a beautiful ceremony in Portofino, Italy, and celebrated their nuptials with family and friends for three days.

Barker proposed to the reality star on a Montecito beach in October last year. During the romantic moment, the pair stood amid a heart-shaped arrangement of roses and candles.

The couple were legally married in a California courthouse on May 15. On their wedding day, Kardashian posted images of herself and Barker in a car with a “Just Married” sign and the phrase “Till death do us part.”