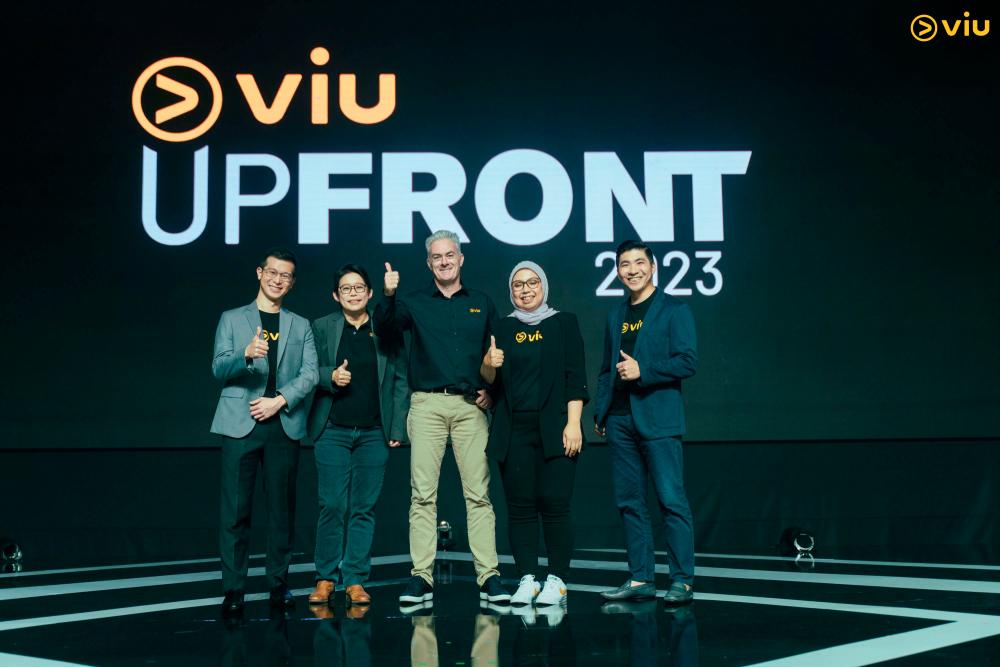 VIU is a prominent pan-regional OTT video streaming service, with locations in Asia, the Middle East, and South Africa. – ALL PIX BY VIU MALAYSIA

FOLLOWING a post-pandemic year in which local productions received acclaim from both consumers and industry competitors, VIU held its first VIU Upfront event on Nov 24 and announced five VIU Original dramas to be published in 2023.

The main pan-regional OTT video streaming service is provided by PCCW, a multinational firm with its headquarters in Hong Kong with interests in telecommunications, media, and other industries. Stakeholders in Malaysian film and the arts, as well as business partners, clients, and important news outlets, attended the event.

According to Kingsley Warner, Country Manager of Viu Malaysia, Viu has been striving to achieve this for a long but everything had to be put on hold owing to the epidemic.

“Viu has been wanting to do this for a while but was disrupted due to the pandemic. Now that we are at the end of 2022, we are establishing our VIU Upfront event to share with key partners and stakeholders a recap on what we have done in 2022 and what we are looking to do in 2023 from a content perspective.”

The eagerly awaited Viu Original Nenek Bongkok Tiga, a supernatural thriller that has been creating attention on social media, will premiere on Viu in 2023. Award-winning director Datuk Yusry Adbul Halim collaborates once again with She Was Pretty producer Zurina Ramli on this project.

Nenek Bongkok Tiga, which is scheduled to debut in early 2023, stars a group of young actors who are just breaking out and seasoned pros from the Malaysian acting industry, including Meerqueen, Sara Ali, Sofia Jane, and Sherlis Merlis.

Next, Viu will produce an adaptation of the popular Korean romantic fantasy drama W: Two Worlds, featuring actor and model Hun Haqeem and singer, actress, and host Daiyan Trisha. This follows the popularity of Viu’s K-drama adaptations such as Black and She Was Pretty. Datuk Yusry Abdul Halim will also serve as the series’ director, and Zurina Ramli will serve as its producer.

The sci-fi psychological thriller Alter-naratif, to be directed by award-winning film-maker Faisal Ishak and starring the outstanding ensemble of Nabila Huda, Neera Azizi, Liyana Jasmay, Rahim Omar, and Gambit Saifullah, is one of several films that will debut in 2023.

Terlanjur Cinta is a strong family drama that follows. The ideas of love, responsibility, and redemption are the main ones in this tale. Eirma Fatima, a well-known director, is in charge of this show’s direction. The last one is Dear Karma. Produced by RedComm Productions, famed for blockbusters like Istanbul Aku Datang! and Gol Dan Gincu, this movie is set in both Malaysia and Japan.

The VIU App, which is free to download from the App Store, Google Play, and the app at www.viu.com, has all of these dramas and more.