What it means to be human

We take a closer look at the universally acclaimed, controversial zombie survival game The Last of Us Part II 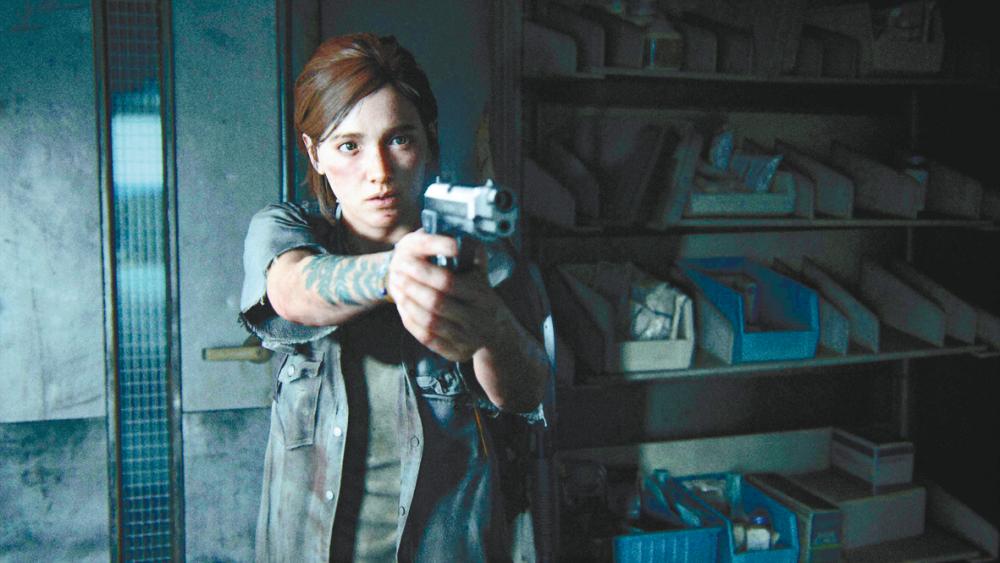 Real life mimics art, as Ellie’s revenge was mimicked by gamers. - ALL PIX BY NAUGHTY DOG

IN the final scene of the 2013 game The Last of Us, protagonist Joel Miller (Troy Baker) and his adoptive daughter, Ellie (Ashley Johnson) have settled down after their fight for survival against the “zombies” and militant group the Fireflies.

In 2020, players were thrown into the game’s sequel, The Last of Us Part II (TLOU2), with Joel and Ellie now at odds against each other for a yet-to-be-revealed reason.

Players and fans were left bewildered at the death of Joel, a fan favourite character that for the last seven years was heralded as one of the best written and acted characters in the history of video games.

Needless to say, gamers were frothing at the mouth, and being as toxic as the Star Wars fandom, chose to begin a figurative war.

However, the anger did not begin on the day TLOU2 was released; it started almost three months earlier.

At the start of April 2020 and throughout the month, pieces of the game began being leaked, before snowballing into all the big moments being spoiled.

The Internet, being the place that it is, saw these rumours (some true, most false) spreading like wildfire.

A big point of contention in the rising outrage was how the leaks revealed that TLOU2 would “shift the perspective”, by forcing players to play as Joel’s killer Abby halfway into the game.

To add further fuel to the fire, at some point, rumours (falsely) began to swirl that Abby was a transexual woman solely due to her muscular build.

When the game was finally released, the toxicity had become so radioactive, that it was past the point of no return. Fans who were angry at developer Naughty Dog’s creative choices when it came to the story that was leaked decided to boycott the game.

Others who bought the game went into it ready to hate it.

Another group in the middle of the Venn diagram of the previous two, decided to watch other players play it via live stream or on Youtube, and spoil the game for everyone else.

And almost all of them “review bombed” the game’s Metacritic page with negative scores.

At no point during this mass hysteria did anyone in any of these groups decide to play the game in its entirety before judging it.

Though the outcry against the game was deafening, it formed but a small minority of the larger playerbase that completed TLOU2 in its entirety.

Though fans and critics outside the aforementioned groups overwhelmingly praised the game, criticisms were still leveled at parts of TLOU2, such as its pacing when the “perspective shift” occurs, or the sequencing of events, but discourse was far healthier on this front, compared to the toxicity on the other end of the spectrum.

Furthermore, after its release, TLOU2 sold four million copies in its release week, the fastest of any PlayStation 4 exclusive, and currently has the most Game of the Year awards out of any video game ever made.

Ironically, despite the bludgeoning the game and its creators received (and continue to receive), Naughty Dog announced on June 19 this year that TLOU2 has surpassed over 10 million copies sold.

For all intents and purposes, TLOU2 was gamble by Sony to publish, and a risk for Naughty Dog to develop, write and create knowing how gamers tend to behave.

It’s a risk that has seemingly paid off, with the enduring legacy the game has forged bringing a remake of TLOU with the upcoming The Last of Us Part I for the PlayStation 5 in September this year, and a future live action television adaptation for HBO, starring The Mandalorian and Game of Thrones star Pedro Pascal as Joel and Bella Ramsey as Ellie.

However, the question remains, while Ellie eventually moved on from the death and trauma of losing her father-figure, have gamers done the same from two years ago?