A slice of Malaysian flavour 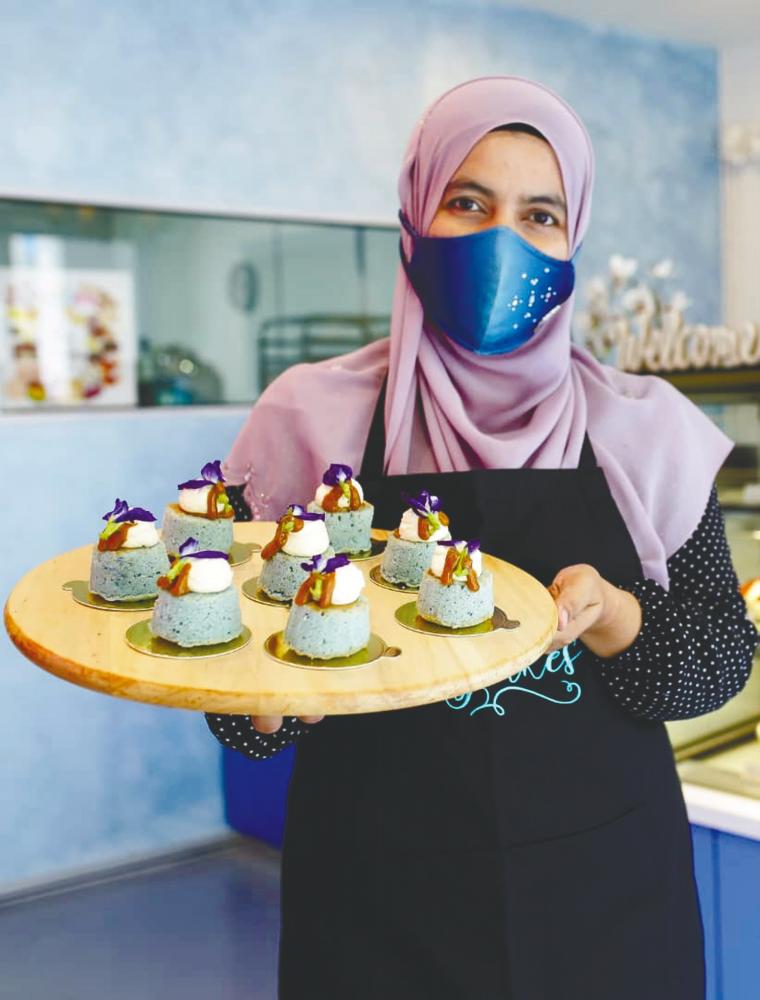 Khalilah’s signature cake and the most in-demand one - the Bunga Telang Coconut Cake. – Pictures courtesy of Khalilah Mohamad

MANY cake bakers have successfully infused the taste and flavours of Malaysian food – such as ondeh-ondeh – into cakes.

But Khalilah Mohamad can be described as standing out from the crowd as she offers not only an extensive variety of inspired flavours but also in an array of colours, taste and textures.

“My family love traditional kuih,’’ she said. That inspired her to join the trend towards kuih-flavoured cakes.

“I continuously do my own research and development (R&D) to come up with new recipes, until I am completely satisfied with the end result,” said Khalilah.

The proof is in the eating, so her creations come with minimal decoration.

Khalilah’s signature cake and the most in-demand one is the Bunga Telang Coconut Cake – a multi-layered Coconut butter cake, tinted with blue colour which comes in Bunga Telang juice and Hawaiian coconut layered with coconut buttercream, drizzled with Kaya Gula Melaka and topped with Bunga Telang or Butterfly Pea Flowers.

“I was inspired by Nasi Kerabu, a popular dish in Kelantan, especially the blue-coloured rice. I used the same technique of soaking the purple-coloured flower in water as a natural colouring,” said Khalilah.

From home to cafe

The multi-layered pastel coloured Rainbow cake or the Vanilla Lime cake are must-try for any ice-cream lover.

The reduced sugar in her cakes is also part of the appeal for sweet lovers of all age groups.

“Many of my customers repeatedly order the same cakes,” said the 35-year-old about her customers’ feedback.

Their comments encourage Khalilah to explore more new flavours. “I hope to create flavours, which are creatively different and not easily available in Malaysia,” said Khalilah.

“My passion for cakes started as a hobby while I was studying in university,’’ she revealed.

Khalilah, who has a masters in computer education, started an online cakes business in 2010, and opened Kafe Kly Cafes in Seremban just a few months ago, offering customised cakes.

“I hope to expand my cake business by opening a few branches,” said Khalilah, who also makes sugary confectioneries like cinnamon rolls, quiche, pavlova and strudels.