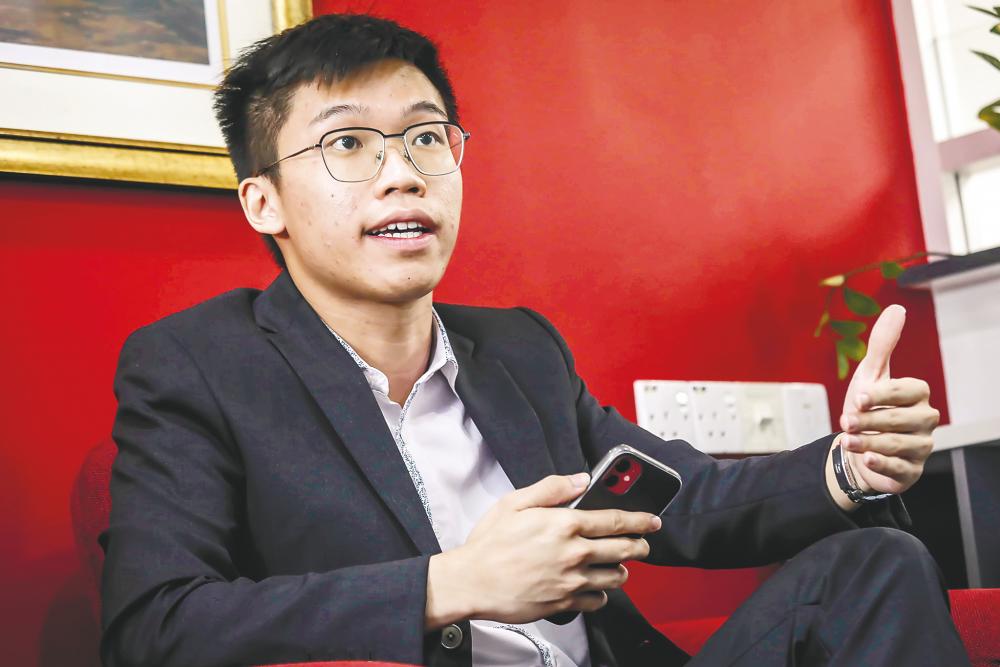 For Wong, his choice to undertake the UOL programmes by HELP was one of the smartest choices he ever made.

Speaking to HELP Academy department head Baldev Sidhu and one of the institution’s high achievers, the proclamation is given further clarity and weight.

“The UOL programmes are very global and not just for the local market. The graduates can go and work in New York or Shanghai, and people in these countries recognise that,” Baldev said.

He further explained that the academic materials are developed by LSE (London School of Economics). Being one of the top ranked universities in the world, LSE is seen as an iconic institution among prospective employers.

“In our case, the academic direction is by the LSE; the exams are set and marked by LSE,” Baldev elaborated.

“Our programmes (at HELP) combine top of the line academic knowledge and relevance to industry. The accounting and finance degree is not a professional accounting degree but it is very much in demand; all our graduates obtained jobs with the Big Four accounting firms”.

Straight from a graduate’s mouth

“They are both property rental management companies,” explained Wong, who first ran Hostelpro while simultaneously studying at HELP.

Wong further explained that when Hostelpro was being acquired, there were two divisions. As one division was not part of the acquisition, it became a new entity that was renamed VW Home Sdn Bhd.

“As a student and as someone that was running a business, it stretched me beyond the class hours,” he said. “I had to be good with time management, balancing studies with the business. What I learned throughout the degree, made me realise the importance of having friends and a network.

“Without them, I would not be able to catch up with what was missed in class due to times where meetings clashed with class hours. The teachers were also very helpful as they knew I was running my own business”.

A case for logic

Prodded as to why he chose to take on the UOL programmes that were being offered by HELP, Wong explained that it was the most logical option.

“There were two reasons. One was the scholarship award that was being provided. This would reduce the financial burden for my family, and I don’t come from a rich family.

“Going to the UK would cost a lot; easily half a million ringgit for a three-year programme. On top of that, HELP University provided me a full scholarship”.

The young entrepreneur added that his cousin had undertaken the same programmes and had good things to say about them.

He explained: “As the syllabus and directive is from LSE, I have to agree that I was getting world-class education at a reduced cost here.

“To a large extent, the materials I studied were the same as what my friends in the UK were studying. They are also doing the UOL programme.”

From theory to practice

Studying the UOL programmes under the tutelage of HELP’s experienced lecturers, Wong claimed that the studies sharpened his critical thinking, particularly when problems arose in his business.

“Having a different perspective does help you, and for me, it led to better outcomes,” he said.

“Because I studied economics, a lot of my views are based on macro environment. I was able to make decisions not just looking at my own micro level, but at a macro level for the market, and make better choices.

“There was a gradual process of applying what I learned. Back in the day I do not realise I was applying what I was studying, but now I do, like reading financial statements analytically and how [I] evaluate the performance of my company”.

Pointing out that the programme applies not just to the corporate world, Wong assured that if one studies economics, it does not necessarily mean that he or she can only become an economist or a financial analyst.

“The [fruits of the] knowledge gained depends on how it is used. It does help you even if you want to venture into entrepreneurship,” he surmised.

The UOL programmes are the longest running business learning programmes in the world, first taught back in 1858.

More than three decades ago, HELP became the first institute in the world to provide the tuition for the UOL programmes.

Baldev concluded: “If students are smart and want to differentiate themselves, this will give them that differentiation.

“Because LSE is world-class, the employability [of graduates] is much higher. Students have a chance to study a world-class programme in Damansara Heights.”