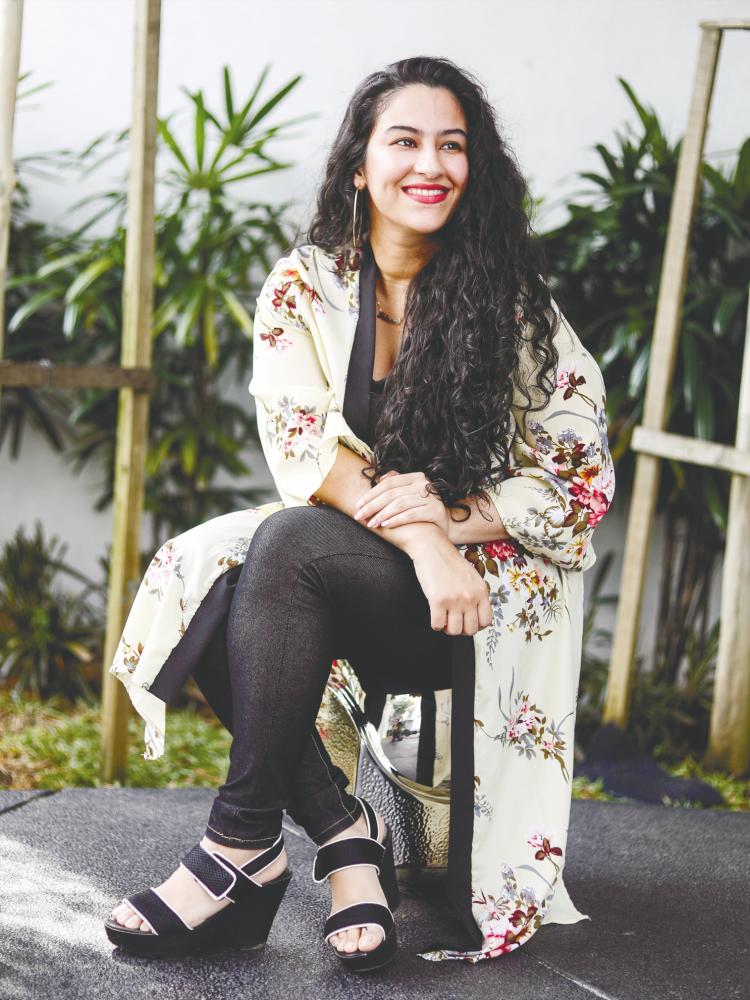 IBTISEM BEN NASSIB is frank when talking about the subject of her latest documentary, titled Ali. “He thought he was coming to someone he could trust,” she said.

“He was working in a restaurant in Nilai. It was really terrible. What was sad is that this guy is very intelligent and talented. A quiet guy with a modest personality.”

The eponymous Ali is the subject of Ibtisem’s winning entry for HBO Asia’s Invisible Stories Short Film Competition. The other two winning entries were from Singapore, while Ibtisem’s submission represented Malaysia.

Born in Sarawak, the filmmaker spent her childhood travelling back and forth between Malaysia and Paris, France.

Due to her exposure to people of different cultures across several continents, Ibtisem has seen different facets of humanity, particularly touching upon racial issues.

“I think just because someone does not speak your language or does not look the same way as you, does not mean they do not go through the same issues you do. For Ali, we hope to create conversations around the way people are treated,” she said, adding that the film highlighted the treatment of those in the service industry in particular.

Roughly five minutes long, the short film tells the story of Ali, from his arrival in Malaysia from Syria, to his current situation as he looks towards bringing back “the old Ali”, after the crises he has faced has seemingly reduced him to a shadow of his former self.

By the end, viewers are left feeling like they could have spent more time with Ali.

Ibtisem said: “Five minutes is very limited. There were a lot of things I wanted to add ... maybe the details of his personal struggle, but I felt that his emotions showed me more than he needed to say.

“I’m very blessed and grateful that he gave me the opportunity to film and showcase that.”

The shoot took place in the restaurant where Ali works (as he was unable to get time off to do the interview), and Ibtisem explained that it was the sense of familiarity, coupled with Ali being allowed to speak in Arabic, that made him comfortable enough to open up to the crew about himself.

The film opens with Ali being asked to prepare an “orange, lemon” juice in the middle of the shoot.

“He would stop, return, I would get him talking and he would stop again,” she said, detailing how they had to film amidst the chaos of people ordering.

“There was a period where it was quiet and he just told me his story. That’s when I got those moments.”

The ‘moments’ were scenes where Ali would pause after saying something, as the atmosphere and weight of his prior words would bleed through the screen.

“It is very hard, especially for a man in this day and age to show vulnerability. I think you can see that a lot with him. I am glad a lot of people could feel it through his pauses.”

Filmed in a single day, Ibtisem had just three days to complete the film before the submission deadline.

For her, the hardest part was the editing and post-production process, as she had to transcribe everything, cut the video and then figure out how to make the short film interesting without being misleading.

“I actually thought we did not make it, because I submitted it ten minutes before the deadline,” she explained laughing.

Ibtisem Ben Nassib’s Ali can be streamed for free on HBO GO.