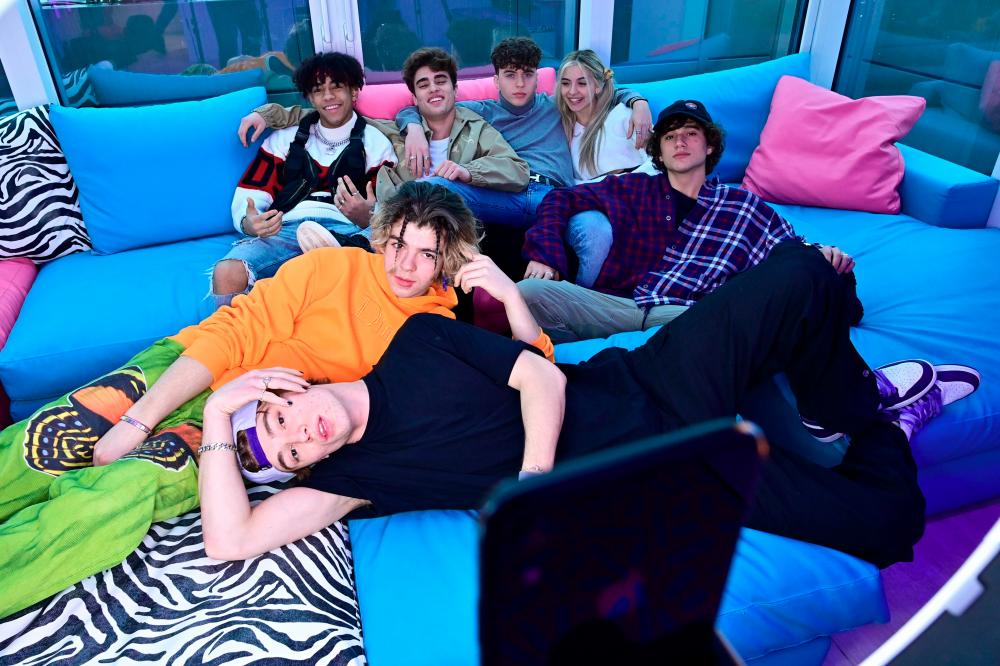 WITH dreams of the big screen and internet in their veins, eight young Italian influencers are racking up followers as they spend their days in a Milan TikTok luxury loft.

Aged between 16 and 20, they sing, dance and pout against the backdrop of the duplex set up by content creator Defhouse as a star academy for the virtual world.

The 500-square-metre (5,340-square-foot) brightly painted loft has bay windows, a huge terrace and a jacuzzi – the perfect backdrop for short videos shared on the TikTok app.

Between them they boast 16 million followers, drawn by the dances, comedy and lip-synching accessed on the popular platform, although their address remains a closely guarded secret.

TikTok, owned by the Chinese group ByteDance, has experienced a worldwide boom, driven by long coronavirus quarantines. In Italy, its stars are becoming more and more familiar.

“People recognise me when I walk through the streets of Milan,” said Simone Berlini, a 20-year-old former business management student whose TikTok subscribers have doubled to 2.7 million since October, when Defhouse launched.

Berlini says he sees the incubator as a springboard for a future career, hopefully as an actor.

“At first I was not at all convinced. Moving your lips to music tunes without even singing didn’t seem to me to require any talent,” said Casadei, who launched the careers of many Italian online personalities through his Web Stars Channel.

In Los Angeles, the concept had already been tested with Hype House and other so-called “content houses” where influencers live together in a creative hub, churning out content for Generation Z – those born in the late 1990s until about 2010.

But Casadei said he wanted to take the idea one step further, with an academy.

“The young people of the TikTok generation know nothing about politics, they don’t inform themselves, they have the attention span of a goldfish,” he said.

All the influencers live on site – although the youngest still go to school – where they receive training in a variety of areas potentially of use in their videos, whether music and culture, politics and current affairs, diction, or even good manners.

Show Me the Money

Brands – Herno, Vodafone and Pioneer, to name a few – enter contracts with Web Stars Channel, the production house, who in turn pay a cut to Defhouse’s influencers.

“This has nothing to do with TV shopping shows. It’s about creative people in the digital world imbued with the philosophy of a brand, in a natural and playful way,” Casadei said.

Casadei said he initially expected it would take three years to break even, with rent alone costing 500 euros (RM2,451) a day. However it happened just after three months.

Despite the money to be made on such platforms, some recognise success in the virtual world as ephemeral.

“One day you hit the stars, and the next day you’re at the bottom,” said social media influencer Alessia Lanza, 20, who counts 1.4 million followers.

TikTok faces scrutiny in Italy after the recent death of a 10-year-old girl, who allegedly took part in a “blackout challenge” on the platform.

Authorities have temporarily blocked access to TikTok for users who cannot definitively prove their age. Under TikTok’s terms and conditions, users must be at least 13.

As one Defhouse influencer, Jasmin Zangarelli, 17, explained: “Social networks are a nice thing, if you use them well.” – AFP-Relaxnews