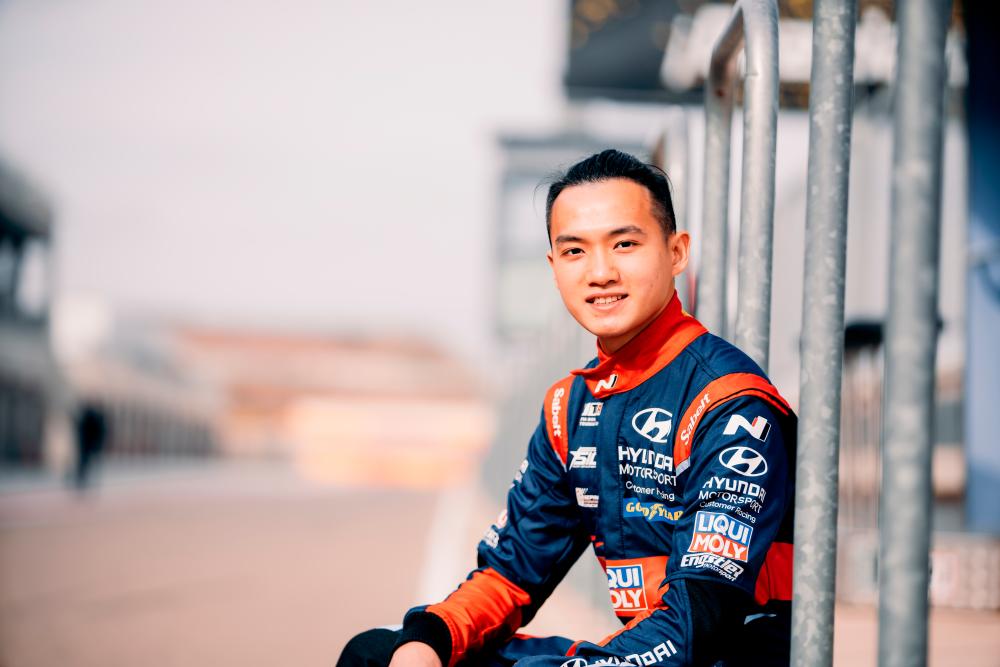 He has been announced as one of the Hyundai Junior Drivers for 2021. – PICTURE COURTESY OF MITCHELL CHEAH

SONS often follow in a father’s footsteps. For Mitchell Cheah, his dad blazed a trail on wheels. The rising motorsports star debuted on the go-kart circuit at the age of 11, with the support of his father, Anthony.

It all began as a hobby, said the 23-year-old speedster. Cheah senior also races for fun.

Mitchell’s passion led him to his first international competition at 15. He placed 19th in the Euromax Round Karting Championship in Geck, Belgium.

Later the same year, he represented Malaysia at the Rotax Max World Finals in New Orleans, US, and won.

As he matured, so did his taste for speed and his thirst for challenge. At 17, Mitchell began to race both carts and cars.

Between 2015 and 2016, Mitchell joined his first single-seater race in Formula Renault held in China, won three local touring car races in a saloon car, and came in as first runner-up in his first Sepang 1000km Endurance Race in a privateer team.

To put that into perspective, the North-South Expressway which connects Bukit Kayu Hitam in Kedah and Johor Baru in Johor is only 772km long.

In 2017, Mitchell transitioned to touring cars. These are heavily modified road-going models.

His vehicle would bring home the National Driver of the Year title at the Shell SIC Motorsports Association of Malaysia Awards 2017.

The event was organised by Sepang International Circuit (SIC).

He is also the youngest winner of the Vios Cup.

It was his first time racing for an international team. But that did not stop him from getting the TCR Asia South-East Champion title with numerous wins and podiums.

He even scooped the TCR Asia vice-champion title with two wins, numerous podiums, and a pole position against the works Hyundai driver Luca Engstler in the last round in Shanghai.

His achievements did not go unnoticed.

Mitchell was selected to represent Malaysia by the Automobile Association of Malaysia at the GT Nations Cup, despite never having driven a GT 3 car. The Malaysian team finished 8th out of 23.

The following year, Mitchell became the first Malaysian to race in TCR Germany. There, he took four rookie cup wins and finished overall second in Austria.

After the runner-up title in 2018 as part of a privateer team, Mitchell took part again in the Sepang 1000km Endurance Race 2019 .

This time, he went in as a works Proton driver in the MCS series, and won.

The pandemic in 2020 caused Mitchell to miss what would have been his second consecutive season in TCR Germany.

But as they say, when one door closes, another opens.

It came as a call from Hyundai Team Engstler, which he raced against in Shanghai.

They wanted him to race in round 5 of TCR Germany in October. He promptly took pole position and second place in Austria once more.

While in quarantine back at home, he again received a call from Hyundai Team Engstler, this time with a dream-come-true opportunity – to race in the World Touring Car Series in Spain at the end of the year.

Mitchell’s career has hit another new high – he has been announced as one of the Hyundai Junior Drivers for 2021. 4.Australia announces additional US$25 mln in aid to Sri Lanka