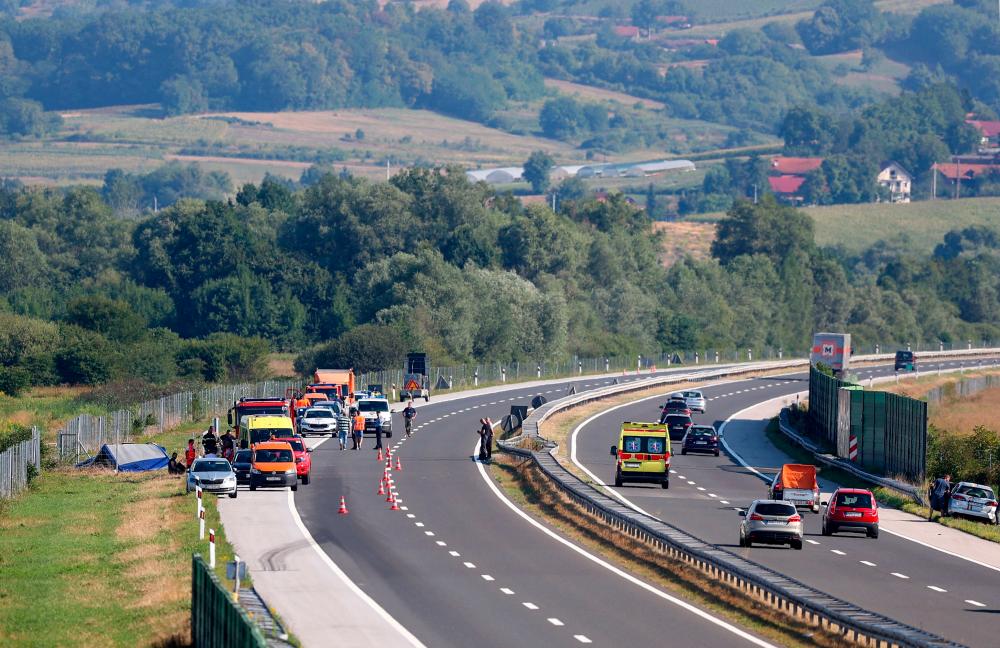 Police and emergency services are parked on the Varazdin-Zagreb highway next to the wreckage of the bus after the accident that happened early this morning some 50 kilometers from Zagreb, on August 6, 2022. AFPPIX

ZAGREB: At least 11 people were reportedly killed and many more were injured in a road accident in northern Croatia early Saturday.

According to the Croatian news agency (HINA) the accident happened when a bus with Polish licence plates skidded off the road on the A4 highway in the direction of Zagreb, between Jarek Bisaški and Podvorec at 5.50 am local time.

According to unofficial reports, 11 people were killed in the accident.

A number of emergency and firefighting teams from Varaždin and Zagreb counties are at the side of the accident, according to officials at the Varaždin County Police Department, it added. - Bernama